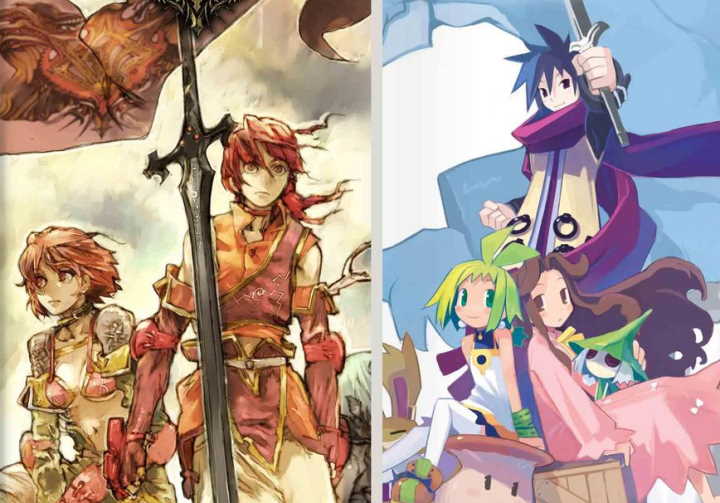 It is almost a given that when you spot a Prinny, you are about to get a slice of tactical role-playing goodness. NIS have been churning out their brand of wonderfully quirky niche titles for as long as I have been reviewing games. As is the norm, nowadays, they are bringing some of their retro titles to modern consoles and fans. Phantom Brave was one of the earliest Nippon Ichi titles to hit the West, along with La Pucelle Tactics and Disgaea: Hour of Darkness. It has had Wii, PC and PSP re-releases, and now makes it to the Switch for the first time. Soul Nomad came a few years later, and is one that made less of an impact in the mainstream than the aforementioned trio. Until now, one would have been expected to pay a significant sum for a second hand copy of this bad boy.

Phantom Brave is the more conventional and well known game of this double whammy. The plot is a wholesome, yet typically bonkers affair. Heroine Marona is an orphaned Chroma mercenary who has an unnerving ability to see spooks. Using a technique splendidly known as the Chartreuse Gale she is not only able to see ghostly apparitions known here as Phantoms, but can manipulate them to her own ends. Despite having had her parents butchered on their own Chroma mission, and being a helpful and hard-working lass, these supernatural powers have led to Marona being seen as an outcast in society, being treated like dirt by locals and underpaid for any jobs that she undertakes. 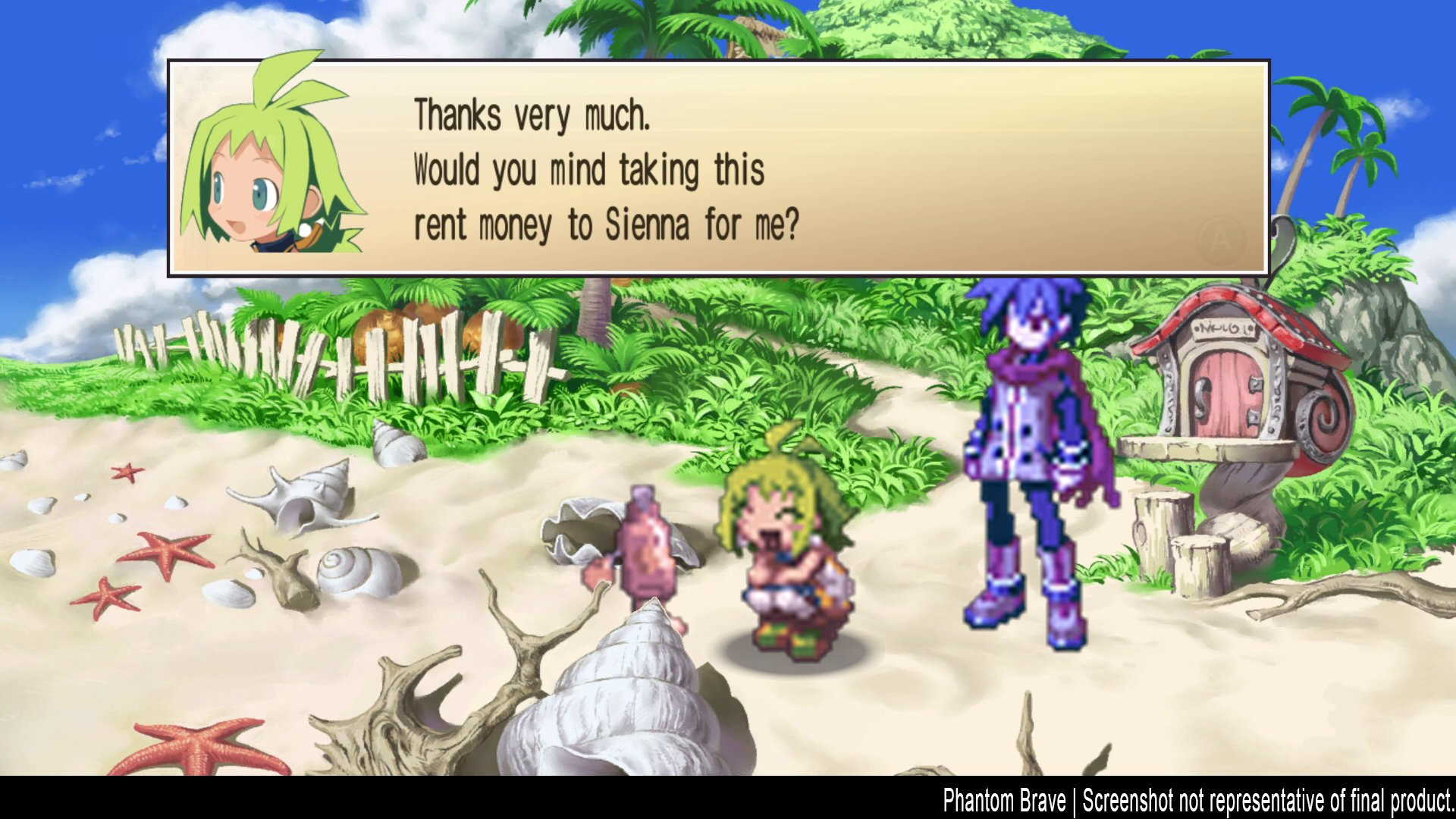 She remains irrepressibly upbeat however, thanks to the mantra passed down by her parents that so long as she continues to work hard and stay positive, one day she will accomplish something incredible, and win over those that doubt her. Marona is accompanied on her travails by best pal Ash – a former ally of her deceased parents – who is himself a Phantom that only Marona can see. The pair get embroiled in a battle against Sulphur – an extremely creepy and highly villainous skeleton intent on reducing the peaceful land of Ivoire to a dark Netherworld.

This plays out as an isometric role-player, but one that is different to the grid based Disgaea. On the battlefield you can move around an area marked out by a red circle. You can attack foes in turn based combat, but also use special abilities to bind objects in your environment to Phantom units in order to boost their stats and power. There is, thankfully, an in-depth tutorial that guides you into the intricacies of the system. But even if you are a seasoned pro of the genre, there are a lot of considerations to make in even the earliest battles. 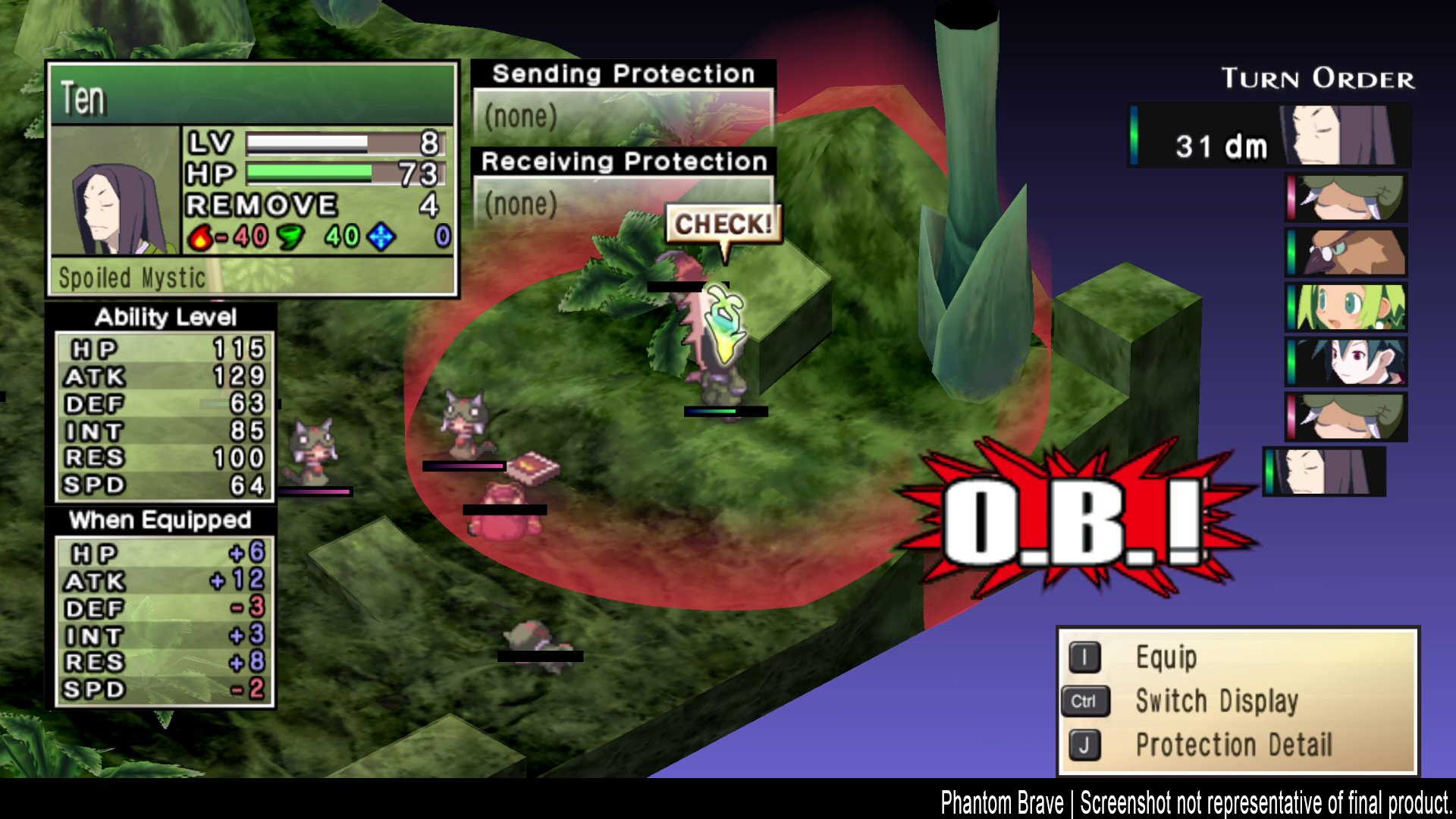 Phantoms can only be employed for a certain number of turns. You eat up turns simply by moving around, so timing is key if you want to get the best out of them. You can throw items and even units, like we have seen in other NIS titles. And there are an absolute ton of customisation options to be applied to your weaponry, level cap, statistics, skills and abilities. With a charming story and tons to do, including all of the extras that were added on in the previous re-releases, this is a fine game that will absolutely enchant RPG heads, but may be a tad hardcore for some.

Soul Nomad is the second part of NIS Classics. This also places you in the shoes of a hero facing a battle against the forces of evil. The twist here is that you are also kind of in cahoots with that same malevolent force. You find yourself vicariously wielding a possessed sword controlled by Gig, a spirit responsible for summoning centuries old World Eaters – Lovecraftian behemoths that can destroy entire planets. The setup here is done in inimitable Nippon Ichi style, with tons of gags and the spiky Gig in particular proving to be a fantastic anti-hero. The more the hero uses Gig, the more powerful he becomes – but at what cost? There are choices to be made here as the God Of Death-inhibited sword gleefully pushes you towards destruction. 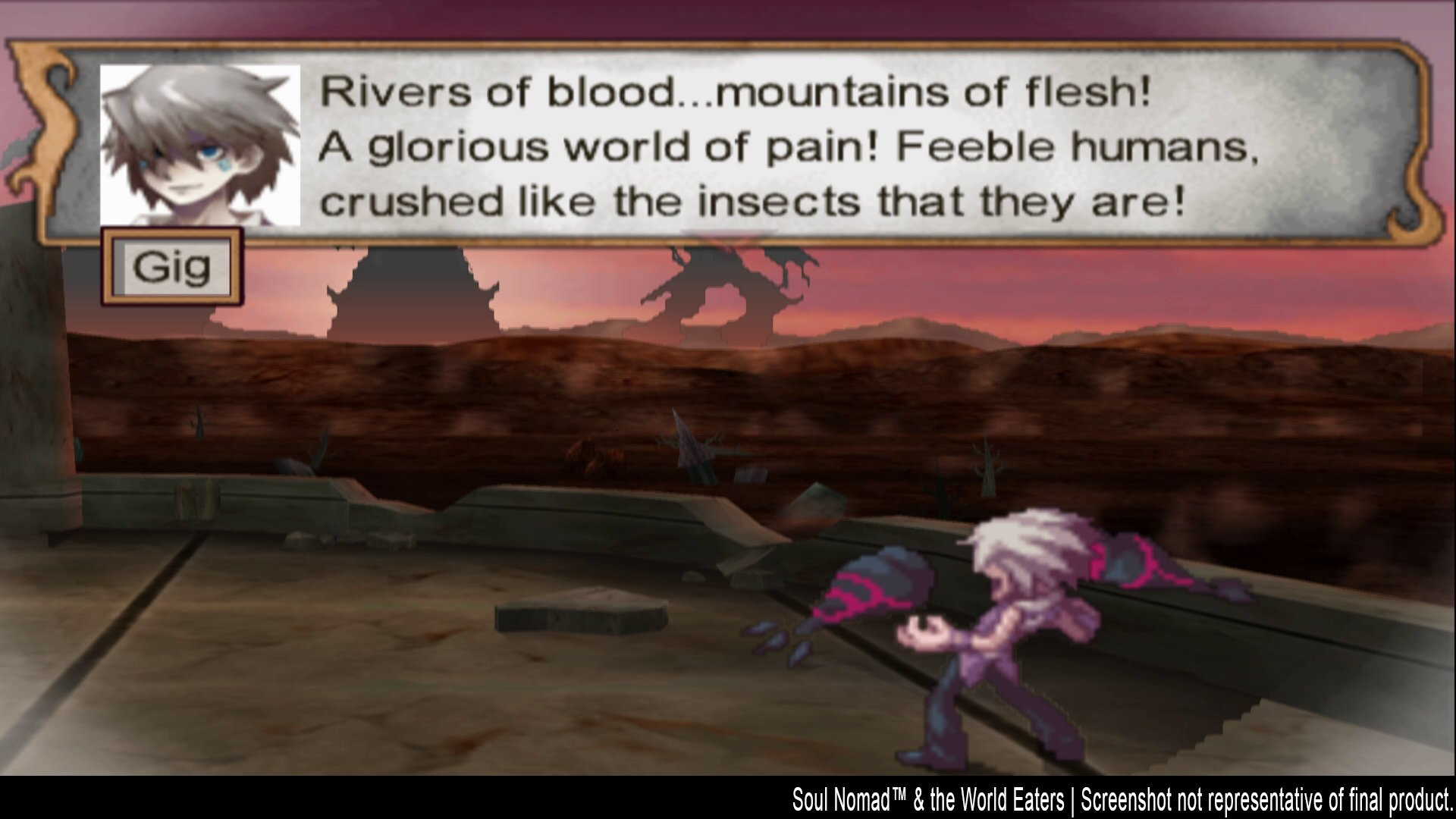 Once the plot is established, you soon realise that this game really pushes the envelope in terms of what we may have come to expect from an RPG. Each unit in battle is actually a Russian doll affair – opening up as a bonkers interdimensional “room” that contains further troops. Fights play out on grid-based maps, and you can buff your rooms by adding items that grant special abilities and powers. The need for grinding is almost entirely eliminated as you can recruit new units based upon whatever level you are already at. Trad RPG tropes like visiting villages and NPCs are reduced to text only, meaning that the focus is on managing the battles, the rooms, the balancing act of how and when to employ Gig’s demonic powers. If it sounds off the wall and a tad confusing, well, it is. In traditional NIS fashion, there are crazily huge numbers, loads of stats and options to play around with, and a ton of bombast.

The Prinny branding aside, NIS Classics is a very basic no-frills package with no extras that haven’t seen the light of day historically. When you fire it up, you are presented with a simple choice between the two titles, and that is it. What we have here is a an ever so slightly remastered pair of ports, and that is it. This means that while a lot of the hand drawn artwork still looks great, the music is uniformly ace, and there is a ton of tip top voice acting (especially in Soul Nomad), this is still just two PS2 games. There is that tell-tale blurry edge to certain areas, even menus, like you are playing an emulator. On the handheld it suffers far less, but expect the elderly sprites to be pushed to their limit. Shoutout to Capcom’s Morrigan sprite, for those that know.

Don’t let that distract you however – it isn’t all about graphics when you get to play two such vast and charming slices of off-the-wall Japanese lunacy as you do in NIS Classics. These aren’t going to entice too many casual gamers, and will appear too dated for some, but if you see a blue penguin and find yourself inwardly imagining doling out a 16,340,00,000000 damage attack, you will be right at home.

It isn’t all about graphics when you get to play two charming slices of off-the-wall Japanese lunacy like in NIS Classics.