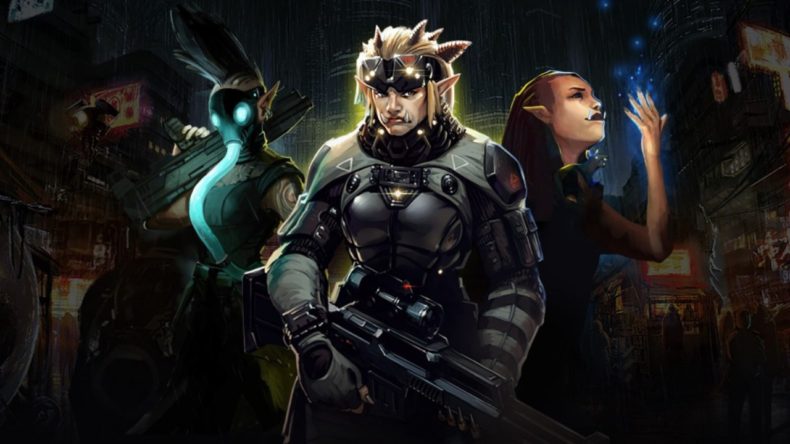 Shadowrun, like Cyberpunk and Vampire: The Masquerade, was a successful tabletop RPG before anyone was turning it into video games. While there have been other games in the universe for the last few decades, Shadowrun Trilogy contains the most popular arc. Established in the before-times of 1989, its universe combines cyberpunk sci-fi, urban fantasy, and magical adventure.

It’s set in an alternate reality where magic re-emerged into our world around 40 years prior. Taking place primarily in Seattle or Hong Kong, Shadowrun Trilogy: Console Edition explores a world where elves, dwarves, orcs and trolls exist in a near-future society in which magic is often used as leverage by global megacorporations. Not only that, but magic has boosted scientific discovery too, allowing for cybernetic enhancements and genetic modification.

As settings go, it’s one of the coolest and most unique. It’s also one that developers Hairbrained Schemes explore thoroughly, presenting games that almost feel small compared to many tactical RPGs but which eschew filler content and off-topic side quests for a more streamlined and focused narrative experience. 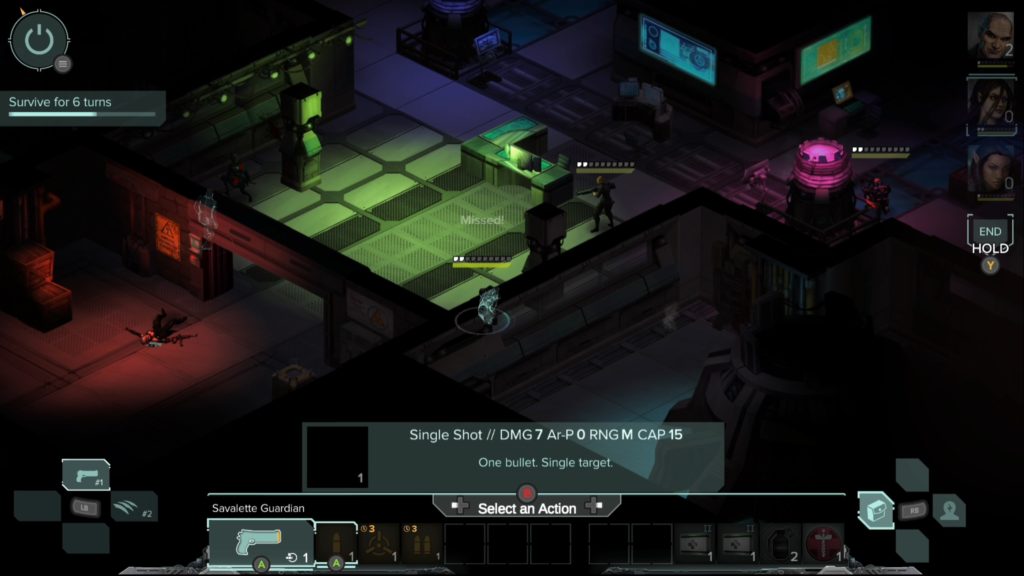 Shadowrun Trilogy presents three games, naturally. The first is Shadowrun Returns, which as the name suggests served as a return to the franchise as a video game series in 2013. Although it sounds like a sequel, it was the first modern foray into this universe. It features many characters, events and locations from previous titles but assumes no prior knowledge. Focused on the hunt for a mysterious serial killer using magic to harvest organs, your gun for hire protagonist travels all over Seattle and its underworld looking for answers.

Right away, the writing stands out as something special. While swears have been swapped out for made-up words a la 2000 AD or Defiance, the actual story is superbly told and the dialogue is excellent. It’s all written, with no voice work, but still conveys its simple but effective plot to the point that I stopped noticing how much I was reading. The world building is just fantastic, and nothing seems forced or out of place. From the outset you’ll feel that this world is real; it has history, and the people within it are products of its dark, fantastical atmosphere.

It’s difficult to talk about Shadowrun Trilogy: Console Edition as three separate games. Yes, they have different stories with ostensibly different protagonists, but they’re presented in such a uniform way that it’s hard to even tell them apart. Your character is always custom, and so the temptation to just use the same archetype for all three games is real. And if you do that, you’ll rarely tell one game from another. 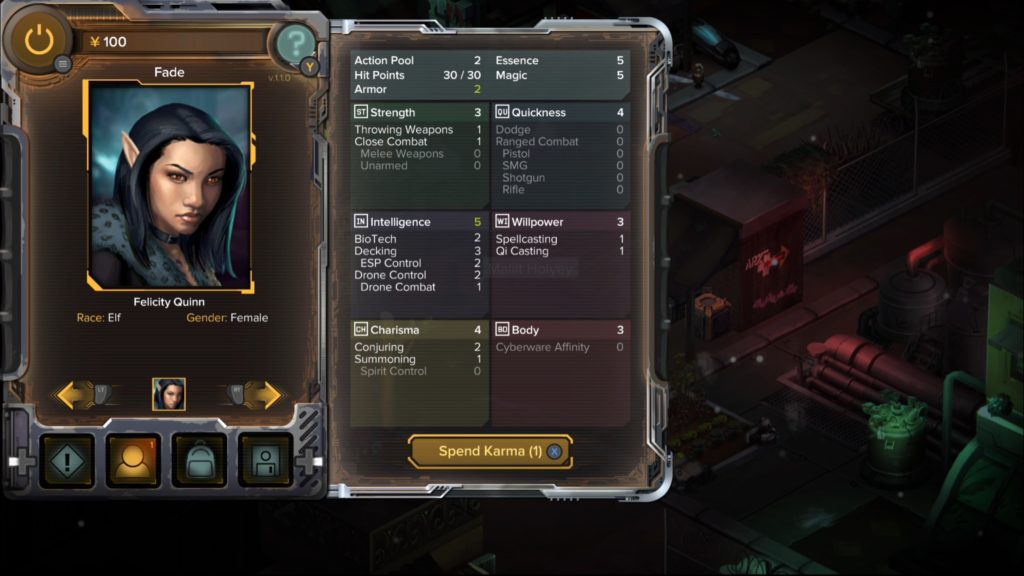 Shadowrun: Hong Kong has a different setting, and the overall tone is much more urgent and personal. This narrative sees you looking for your childhood mentor along with your adopted older brother, who works in Hong Kong as a mercenary cop. Of the three, it’s this title that stands out most for me purely because of the storyline and the greater emphasis on player choice. While ultimately the choices don’t do much but alter the ending, the story itself does unfold in different ways depending on how you deal with NPCs and which characters you recruit to your little party.

Returns is the shortest of the three, but the entire Trilogy together won’t run much beyond 50 hours for most people. Honestly, this is a good thing. Often any RPG under 50 hours might as well be a free sample, but in Shadowrun Trilogy that shorter runtime means a more direct experience. This is a world where side quests make little sense. You’re usually dealing with life and death situations, chasing down leads and unravelling mysteries. There’s little time for fetch quests and idle backtracking and it’s refreshing to see.

Having played through most of the Trilogy in one form or another before, I‘ve been mostly focusing on Shadowrun Dragonfall: Director’s Cut. Originally intended as standalone DLC for Shadowrun, it’s a fully formed title in its own right. Not only that, but it has arguably the strongest opening of the three incredibly strong openings. To be fair, though, the three titles are so similar that they could have been bundled as one game. Everything from the character creation to the GUI is more or less identical across all three games. 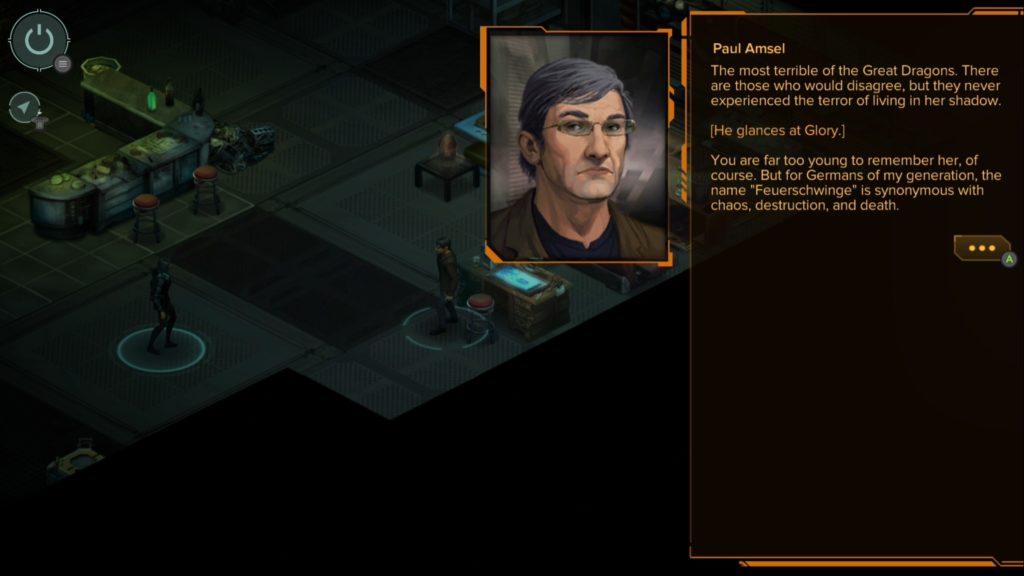 In all cases, after choosing a gender and a race, you’ll be tasked with selecting a class from the list. While Street Samurai and Mage have fairly obvious connotations, my favourite class has always been Decker. This particular playstyle is unique, allowing your character to tap into the Matrix during combat. This virtual world is almost like a puzzle game, allowing you to manipulate events on the grid while your party members carry on fighting.

Combat is generally the same as XCOM. On your turn you’ll move your characters into cover and spend action points to attack, either with melee, ranged weapons, or thrown ordnance. You can also place mines, buff or heal your party, and, of course, use magic. The magic element adds a whole new dimension to combat, giving you access to fireballs, poison clouds, even summoned demons. No matter what though, you’re always in the thrall of the dreaded chance to hit and it’s more mind-meltingly frustrating in Shadowrun Trilogy: Console Edition than it has ever been.

When you’re duking it out with the enemy and repeatedly missing on 80% chance to hit, it’s maddening. You will improve if you spec your character that way, but it’s annoying that you have to. The chance-to-hit mechanic has always been the most irritating element to tactical RPGs and this is no different. The fixed camera is no help to anyone, either, and when navigating outside of combat it’s easy to get snagged on objects and corners. It’s hardly game-breaking, but it begins to grate after a while.

Thankfully, the translation from keyboard to controller has been handled well. Shadowrun Trilogy controls smoothly on a gamepad, with responsive commands and an easy-to-navigate GUI. Menus are actually kept to a minimum since you’re not worrying about hoovering up loot, or inventory space, and upgrading when you level up is simple and intuitive.

Fans of XCOM or, more aptly, Wasteland, will find a lot to like in Shadowrun Trilogy: Console Edition. Each game is well-written, expertly paced, and the world-building is really second-to-none in this genre. Every title plays like an extension of the one before, so while there is an order to it, playing the whole trilogy through will feel almost like playing one huge game.

If anything lets it down it’s the combat, thanks to the awful chance-to-hit system and the fact that it’s been done by so many other games – often with better results. But as the combat is treated almost as an aside, it doesn’t hamstring the experience that much. It’s the atmosphere that really stands out in Shadowrun Trilogy, and if you’re looking for a strong narrative RPG to immerse yourself in, you could do a lot worse.

Shadowrun Trilogy has a ton of atmosphere, and if you’re looking for a strong narrative RPG you could do a lot worse.