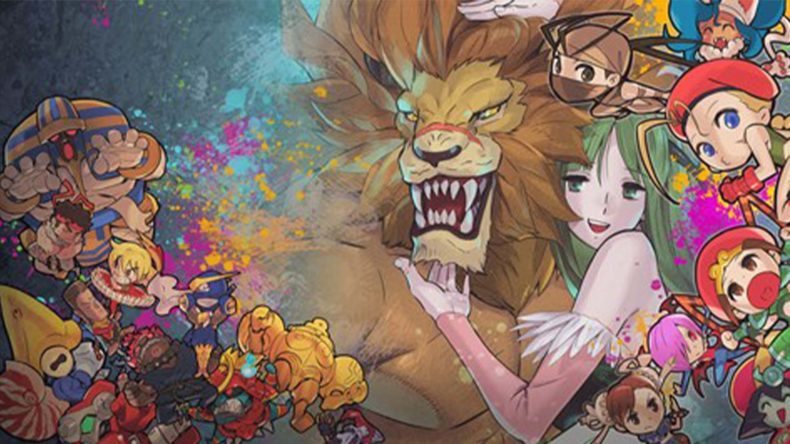 It doesn’t seem like five minutes since Street Fighter was celebrating its 30th Anniversary, but here we are on the cusp of its 35th. Five years ago, we were treated to a fairly comprehensive package of SF classics from the 1987 original right up to 1999’s 3rd Strike. Now we have what feels like a perfect accompaniment to that excellent compilation in Capcom Fighting Collection, taking in some of Capcom’s more interesting experiments with the fighting genre.

There is, however, one game in this pack that will likely pique the interest more than any other.

I very nearly got to play Red Earth, or War-Zard as it is known in Japan, fairly recently. I had seen its characters pop up in other games, but despite considering myself a beat ‘em up addict, had never sampled its strange delights. I was thrilled when a small local arcade advertised that they had installed the CPS 3 version in a neat candy cab, but before I could get down there, the business went down the drain and closed its doors. It has never had a home release in nearly 26 years, remaining the most obscure of the six all-fighting titles released on the arcade hardware. 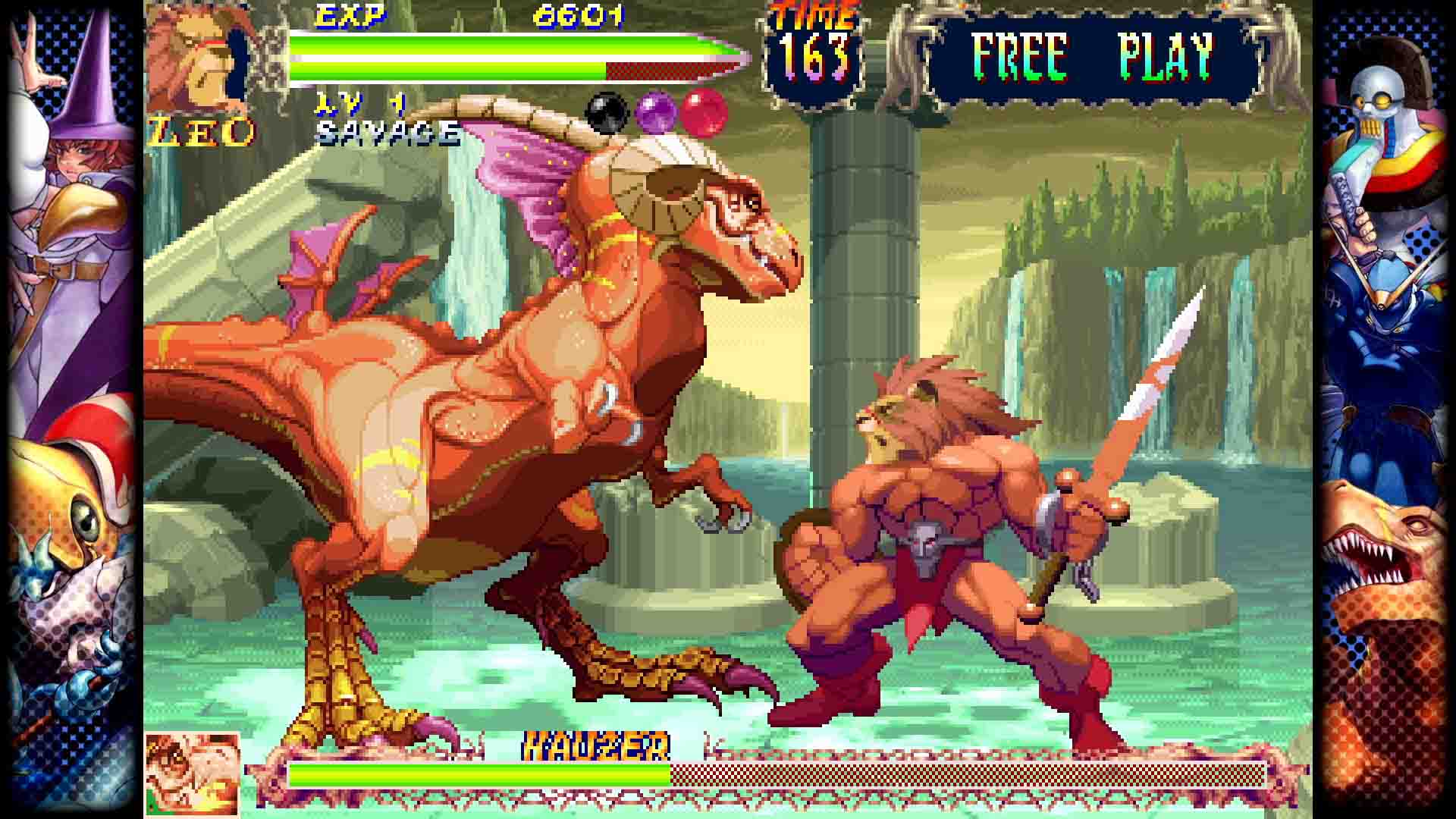 It is a fascinating experience, and appears perfectly emulated here right down to the password system used in the original. It dispenses with the standard 2D fighter formula and instead plays out like an RPG-tinged boss rush. You select from just four characters, that fall into recognisable role-playing class tropes, and get to take on a series of kooky monstrosities seemingly drawn from Greek mythology. There is loads going on that even for a seasoned Capcom nut is a lot to take in, let alone if you were under pressure and out of pocket after shovelling coins into it back in 1996.

Smashing up your foe can lead to item drops such as XP-giving treasure, and orbs which enable use of special attacks. Your characters level up and gain new abilities as you progress, and you can employ the aforementioned password system to restart the game with all the abilities and experience you had accumulated. Combat feels weighty and satisfying, with characters that feel unique to this universe. There are multiple endings, and even fatality moves, a first for the company.

Being the showcase for their new hardware, Red Earth is of course a thing of beauty. The animation is a joy to behold, and the backdrops are stunning. It has such an interesting, original vibe, is packed with secrets and bonkers mystical fantasy stuff, and has enough to warrant the admission fee on its own. You can, however, see how this would have been an awkward and bewildering arcade machine at a time when the genre was starting to dwindle in the West. 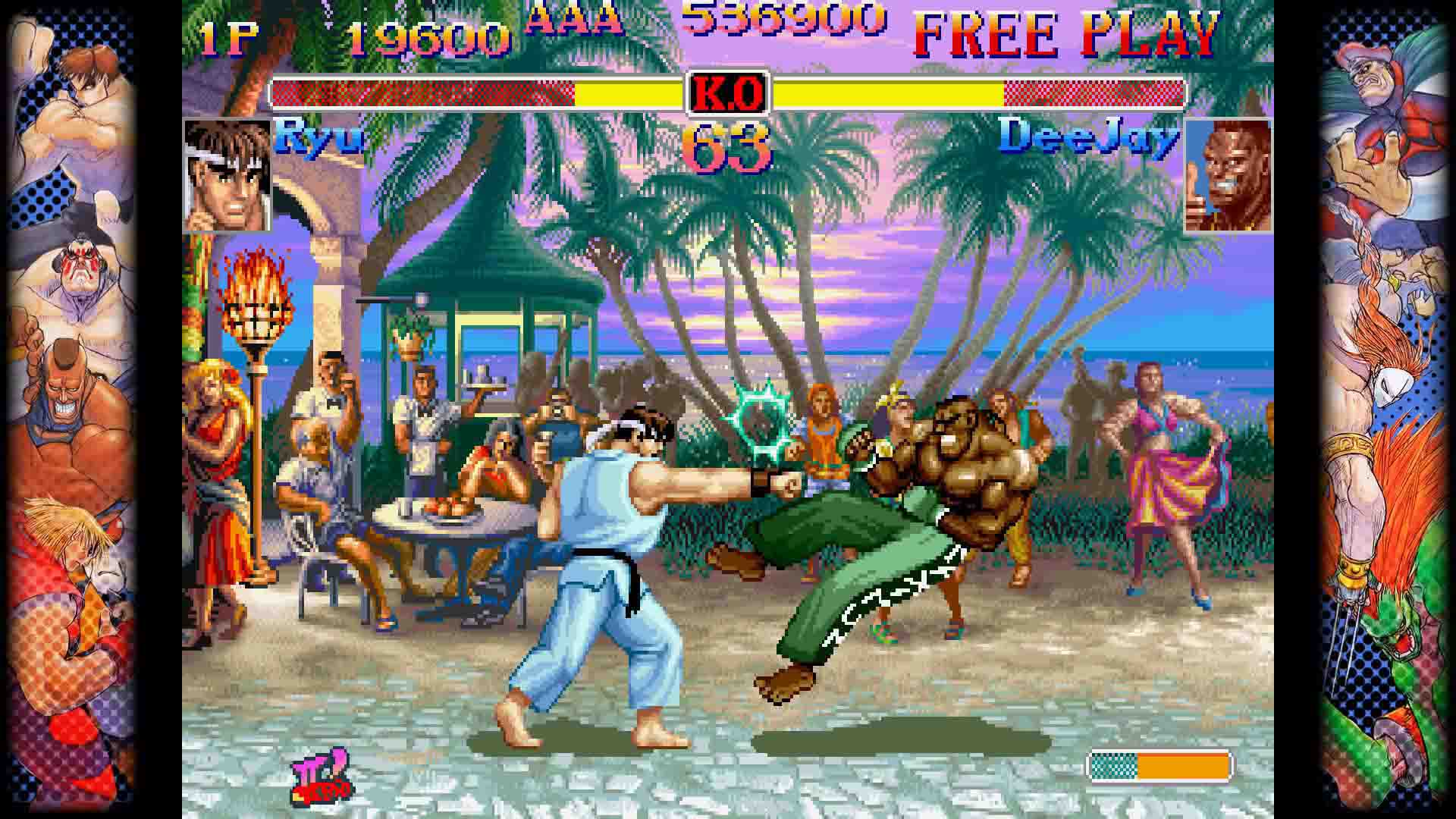 The meat and drink of this collection is the inclusion of every coin-op version of the Darkstalkers franchise to date. This has been done before – first by Capcom themselves with a JP-only PS2 era effort, and in truncated form back in 2013 thanks to the excellent Iron Galaxy. What you get here are five incrementally more impressive classics in a criminally underrated series, that combine a chain-combo-based offense to an unforgettable cast of horror b-movie characters. Emulation is spot on, with all regional versions available accounted for, in flawless arcade perfect glory. I love this series, and it is time for Capcom to get that reboot done pronto.

Joining the fray as another one casual fans may have missed is 1995 mech brawler Cyberbots. It went down a storm in its robot-loving country of origin, but thanks to its slow pace and clunky implementation of mecha stereotypes, this is the poorest addition to the collection and one of Capcom’s more forgettable works of an otherwise pretty much untouchable era.

Thank goodness then that the remaining three titles are all fantastic. Super Puzzle Fighter II Turbo is a cast-in-stone classic puzzler featuring super deformed versions of characters from across the fighting Capcom universe, and remains as playable either against the CPU or a friend as it ever was. I would have preferred to have seen the remixed version that came out many years later, but hell we are dealing in arcade ports here – and this remains a fine title that shines particularly brightly when in an ultra-competitive battle with a friend. 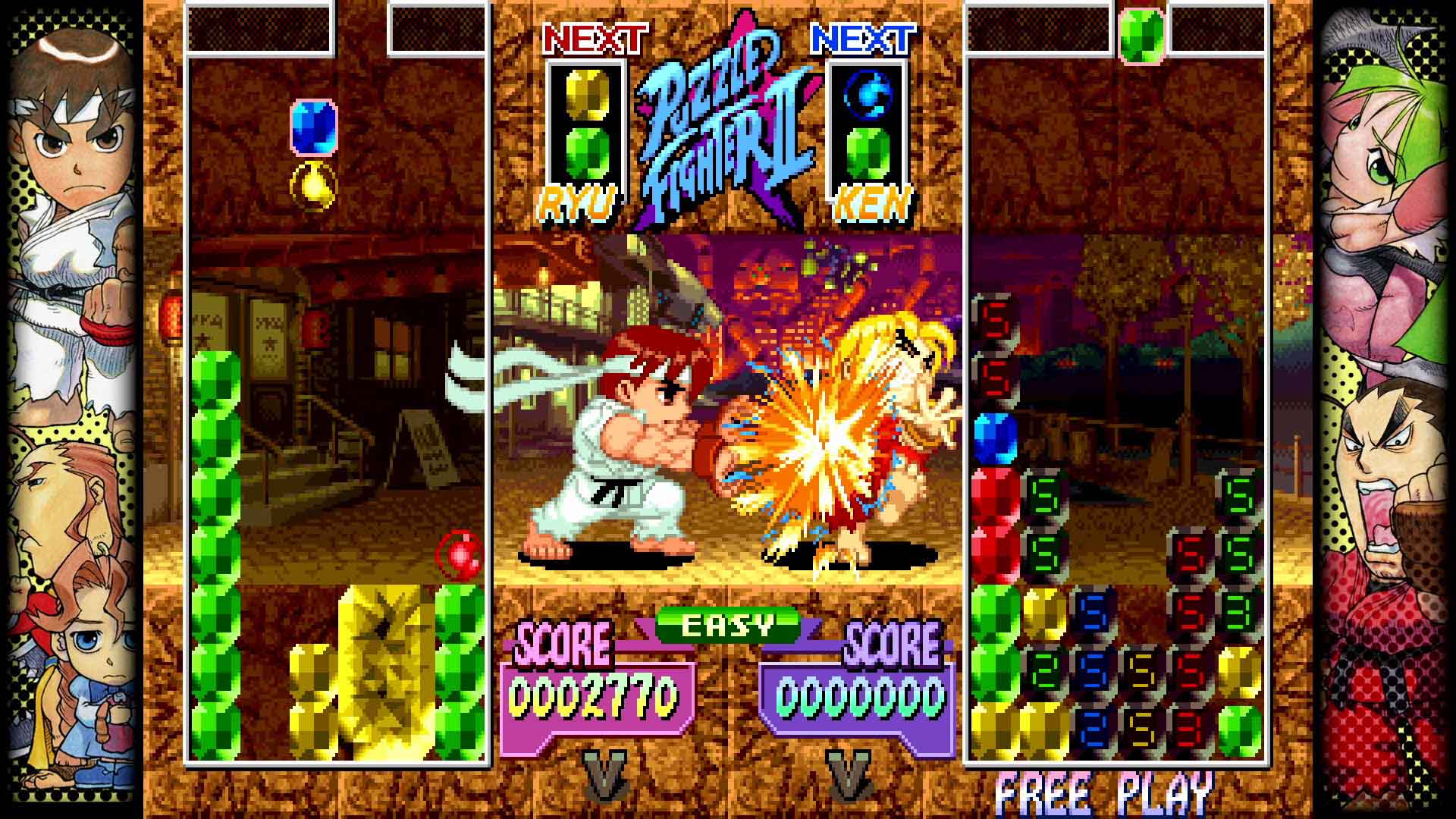 The chibi style continues on in Super Gem Fighter: Mini Mix. For me this is one of Capcom’s purest and most fun arcade games, that like its puzzle-based sibling stands out as a furiously entertaining versus title. Like when SNK miniaturised their roster to construct their own pocket approximations, this simplifies the amount of moves and inputs you need to remember, throws in a gem collecting element that is like a proto-Power Stone, and ramps the twee cutesy factor up to 11. Great stuff.

Roundinghousing things off is a port of Hyper Street Fighter II Anniversary Edition – which allows you to play each of the first five World Warrior titles using a variety of different speed options. It is nice to be able to experience this one again, especially online, even if it doesn’t do anything particularly different to anything on the 30th Anniversary pack.

This is a fine collection of titles, with only one real clunker – yet even that is worth a blast just to see something different. There are loads of nice quality of life accoutrements too: you can change the display type; use a free training mode for most of the games; listen to the OST at your leisure, and view an ace gallery of original artwork, posters, flyers, and working designs. Best of all though is the ability to play some of Capcom’s best ever fighters online with a stable rollback netcode. If I was going to have a gripe, then it would be to selfishly ask why they left out Capcom Fighting Jam, the poorly received yet intriguing crossover from 2004 that would have fit right in – but you can’t have it all.

Capcom Fighting Collection is a fine collection of titles, with only one real clunker – yet even that is worth a blast just to see something different.