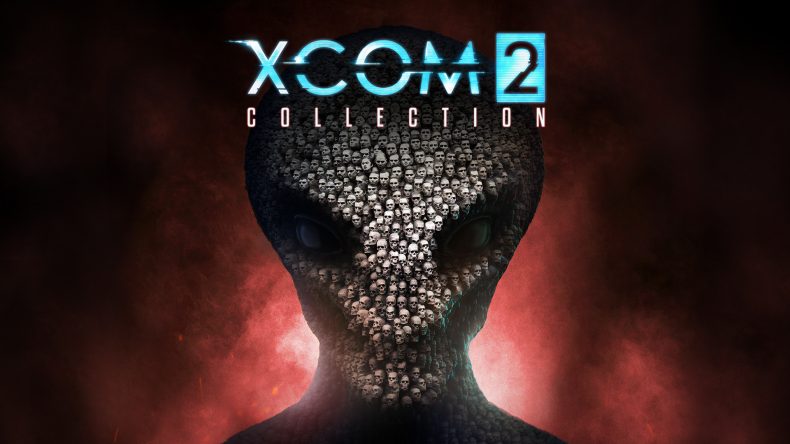 There was a time when XCOM was more or less the only franchise doing small-scale, turn-based tactical action. Enemy Unknown felt fresh and almost niche, while its follow up, Enemy Within, showed the rest of the world how to do an expansion right. Firaxis did the same with XCOM 2, but since then, the genre has blossomed into a mushroom cloud of ideas, innovation and homage. From Mutant Year Zero and Mario + Rabbids Kingdom Battle to Phantom Doctrine and Gears Tactics, there’s now a huge variety of titles within the genre to choose from. Each one adds something of its own – even the recent XCOM: Chimera Squad brought a handful of new ideas to the table – to the point that going back to the XCOM 2 Collection now feels a little odd.

Which is not to say there’s anything wrong with XCOM 2. Far from it, in fact. Firaxis were at the top of their game here, and paved the way for every other title I’ve mentioned and many more besides. But in many way it’s like going back and watching Iron Man now you’ve seen all the movies that sprang from it. For many though, the XCOM 2 Collection on Nintendo Switch will be the first time they’ve had the chance to enter this particular arena and, as such, it does a passable job despite some expected concessions. I say “passable” although in fairness XCOM 2 sometimes struggles to run well even on Xbox One or PS4. On the Switch it stutters here and there, suffers frame rate drops and interminable load times – and yet remains fun and playable during the missions.

Part of this is down to the pacing. XCOM 2 begins with humanity having lost the war against an army of alien invaders, the organisation you once worked for reduced from a highly funded military outfit to a guerilla resistance striking back from the shadows with stolen tech and plucky resolve. Each mission is a protracted experience that sees you advance your group of fully customisable soldiers through a variety of locales to rescue civilians, neutralise threats, disarm explosives or steal valuable data. It’s not a game given to quick decisions or fast movements, although it can feel like that when you make a mistake and start to snowball towards oblivion.

As a result, you’re able to forgive a certain amount of choppiness as little is lost waiting for one of your soldiers to take an extra second to shoot an alien in the mush. Although, this being XCOM 2, the infamous chance-to-hit mechanic, since refined many times over by different IPs, is a prevalent menace. It has never felt fully balanced, and it’s not as rare as it should be for your squad to miss an 80% chance to hit on an enemy out of cover. On higher difficulties it’s a nightmare, but then that’s the point and those who get through this game on Ironman difficulty with the save-scumming disabled will take my respect to the grave. The War of the Chosen expansion does for XCOM 2 what Enemy Within did for Enemy Unknown, and then some, seamlessly integrating a huge amount of content into the base game to the point where you might choose to skip the original version altogether. You shouldn’t though, as its slightly more forgiving difficulty and less complex systems are a solid introduction.

At the heart of XCOM 2 is customisation and choice, from a bevy of difficulty options to squad composition and the appearance of your soldiers. You can modify them to an impressive degree, not only altering their looks but choosing background, country of origin, race, attitude, and voice – and there is a ton of vocal options including a variety of languages and accents. Naming them and choosing their nicknames adds a level of connection that will I’ll truly affect you when you lose one of them due to a stupid mistake.

Beyond that you’ll progress them down particular paths based on their specialisation in Support, Assault, Sniper And Heavy disciplines (with more paths opening late game), and you can outfit them in an array of weapons and armour developed from tech scavenged in the field. The War of the Chosen expansion brings even more options, including “soldier bonds” that allow certain pairs to work better together, even granting them special skills as a result. Base-building plays a major part, too, as you upgrade your headquarters, and research and develop new weapons and technology in the fight for humanity. Once again, War of the Chosen adds elements to this, with new unique agents, tech, gear and missions. It does have a slightly jarring transition from highly challenging to arguably too easy in the latter game when certain abilities afforded by the aforementioned unique agents can make you feel a little overpowered, but adjusting the difficulty to suit is always an option.

There’s a huge amount of game in the XCOM 2 Collection, and what the Switch version loses in graphical fidelity and visual polish, it makes up for by being playable on the go and cramming in all the available DLC packs alongside the base games. Sadly, there are no touchscreen controls, which is odd as the previous game was made available on iOS and Android devices and so Firaxis are certainly familiar with the tech. So few ports utilise the Switch’S more unique features and XCOM 2 would have been an ideal title to do so. Also, despite a few options to adjust text size, etc, there’s a lot going on in a small space on a handheld screen, particularly if you’re playing on a Switch Lite, that could be an issue for some players.

If you already own these games on other platforms, I wouldn’t necessarily recommend this Collection, but if for whatever reason you haven’t played them before, it’s absolutely worth it despite the sacrifices made to get it up and running on Nintendo’s console.

A superb strategy game, twice
War of the Chosen adds so much
Lots of content

If you already own these games, I wouldn't necessarily recommend the XCOM 2 Collection, but otherwise it's worth it despite the concessions