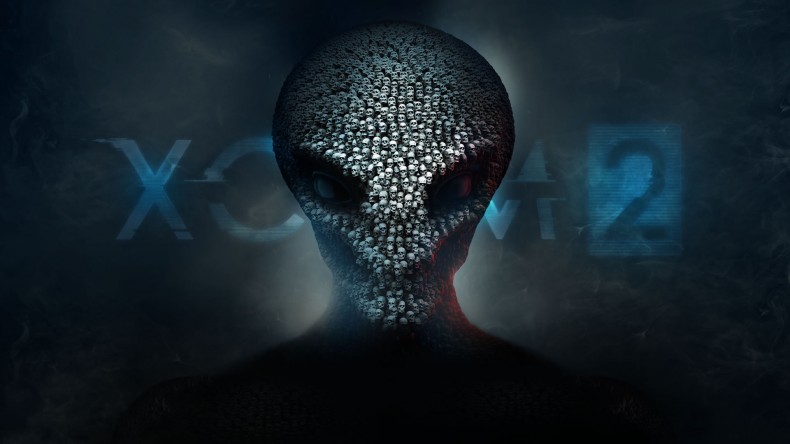 Despite our best efforts, stunning tactical thinking and snazzy wardrobe choices, it would appear that we lost the war with our alien invaders sometime after the events of XCOM: Enemy Within. Worse still, they now rule us under the guise of an organisation called “Advent” who lord over us like, well, overlords, enforcing curfews and totalitarian laws and stealing us away in the night to experiment on. Your “character”, XCOM’s tactical Commander, is imprisoned in a forced coma, alien-human hybrids patrol the streets, they’ve closed every branch of John Lewis, and the world is generally a very bleak and distressing place. Welcome back.

Luckily, those plucky few who strove to defend our Earth are still around, beaten but not defeated, forgotten but not gone. Interestingly, if you play the tutorial you’re tasked with rescuing yourself from an Advent holding facility. Becoming an underground guerrilla organisation doesn’t seem to have phased XCOM, who still pull ex-soldiers from all over the globe and outfit them with the coolest new tech, but who now operate from aboard an Avengers-style heli-carrier named, ironically, the Avenger.

As with the last game, it’s worth playing the tutorial once to get the feel of the game and its systems, but then you’d be advised to restart immediately and skip it. It’s very restrictive for the first 30 to 60 minutes, dictating who lives and dies in the initial encounter, and even what to do when you first return to active duty alongside returning character Colonel Bradford (now older and more grizzled), and newbies Dr Tygan and Lily Shen (daughter of the last game’s late Chief Engineer). By skipping the tutorial you can earn promotions for all four deployed soldiers in the first mission, and you’re free to build whatever room you want initially instead of having to do what you’re told. The Avenger is a re-purposed alien ship and, as such, is still being rebuilt. That means clearing debris in the middle are of the craft and installing your own rooms. The Guerrilla Tactics facility, for example, allows you to increase your squad size, give your characters permanent buffs and even train a rookie in a specific class so you don’t have to wait for fate to assign it, while the Proving Ground allows you to develop specialist gear for specific missions, such as the brain-draining Skulljack, or research experimental grenades and ammo types.

Power and space are of primary concern here, but if you want to do well outside the Avenger you’ll also need to be gathering Intel, which is used as a currency for recruiting soldiers, establishing communications with global resistance cells, and scanning potential hot spots. Supplies, on the other hand, equal cash, which is the second currency and the one that makes research and development possible. If you want to outfit your squads with plated armour, magnetic weaponry and advanced scopes, you’ll need plenty of money.

If you played Enemy Unknown or indeed Within, you’ll feel right at home when your feet hit the ground. XCOM 2 changes very little in terms of the overall mechanics, instead tweaking, refining and adding to what was already there. Assault units are now Rangers, and can use a close-combat melee attack on an enemy; Medics are now “Specialists” and work with a drone to either assist your squad or harry the enemy and hack their systems; Heavies have become Grenadiers, and Snipers are Sharpshooters. While the basic abilities remain the same, the branching paths are much more defined. For example, the Sharpshooter can choose Sniper or Gunslinger perks, the former of which make them deadlier at a distance, and the latter of which increase their lethality with a sidearm, allowing them to devastate enemies with pinpoint accuracy up close. Once again, you’re responsible for everything about your soldier from their name, country of origin and their voice to their appearance, class, skill progression and gear. Losing a favourite to a silly mistake is incredibly upsetting, and it adds an element of tension that never loses its effectiveness. You’re always worried for your soldiers, and the longer they’re with you, the more attached you get.

Missions vary nicely, tasking you to escort VIPs, clear out alien bases, raid supply lines, hack their mainframes or rescue civilians. Sometimes you’ll embark on a mission just to rescue a new Engineer or Scientist who will speed up your construction and research on the Avenger. Story missions see you raiding or infiltrating Advent “Blacksites” in order to slow progress in the Avatar Project, a world-ending program developed by Advent that acts as the “doomsday clock”. Once the progress bar is complete, you have only 20 in-game days to save the world. It doesn’t feel as restrictive as Enemy Unknown’s timer, thankfully, and you still have plenty of time to complete side missions and level up your soldiers and base.

Movement around the grid-based map is the same as before, as is the turn-based combat, and it’s all about positioning your soldiers, flanking the enemy and working as coordinated team to bring down the enemy threat. Lone wolfs don’t survive for long, and reckless Commanders lose soldiers fast as Advent will often punish a mistake with ruthless efficiency. Unless increased by a buff or item, characters only have limited movement options. You can either attack first and stay where you are, dash over double the distance of normal movement but take no second action, or move within a limited space and then use an action afterwards, either to shoot, throw a grenade, heal an ally or hack a computer. In a nice touch, some enemies now drop lootable gear upon death, which you’ll need to salvage within only a few turns.

Particularly in the early game, the random number generator (RNG) that controls your hit/dodge chance is horribly one-sided. Your operatives often struggle to land shots with 80% chances of success, while the enemy rarely misses. As your squad develop, they improve, but XCOM 2 remains a challenging game throughout. Certain enemies are simply nightmarish; even the lowly Sectoids, now evolved since their Enemy Unknown appearance, can be a challenge, as they’re able to revive dead Advent soldiers and confuse, blind or even mind-control your troops. If nothing else, XCOM 2 keeps you on the back foot at all times. Sadly, the multiplayer element still feels tacked-on, and simply isn’t played by enough people to guarantee a game against any but the well-honed. You can field Advent squads, which is very cool, but the actual gameplay remains mostly the same. Except this time, you’re not only dealing with the RNG, you’re also dealing with free-thinking human opponents who either know how to beat you or know how to cheese you. It’s fun enough, but the maps are the same as the ones you see in the campaign and the overall atmosphere is no different.

XCOM 2 on consoles comes with DLC that, among other things, allows you to field a Mech and sets Terminator-hard aliens on you that will test even the strongest military mind – even on the Rookie setting. Despite that, though, it’s very much business as usual. It’s an evolution, not a revolution, and one that suffers from some terrible porting hangovers. While the minute to minute combat runs well enough, there are terrible bouts of slowdown during the loading screens, and it has crashed on me three times so far. It can also be very glitchy, with characters clipping through the environment, running on the spot, teleporting to different areas, or stuttering when they run from cover to cover.

But aside technical issues and gripes with the difficulty, XCOM 2 is a massively enjoyable, engrossing game. The atmosphere is palpable and the sense of paternity or maternity you feel for your force of operatives never fails to deliver a unique and exciting experience. Bringing everyone through a successful mission unscathed rewards you with a tremendous feeling of achievement. Nothing ground-breaking, then, but a worthy follow-up to one of the best tactical action games out there.

One of last generation’s best sci-fi games returns to consoles and continues apace, changing very little but adding a lot to the mix.