previous
Aokana: Four Rhythm Across the Blue review
random
next
Tell Me Why review
0 likes 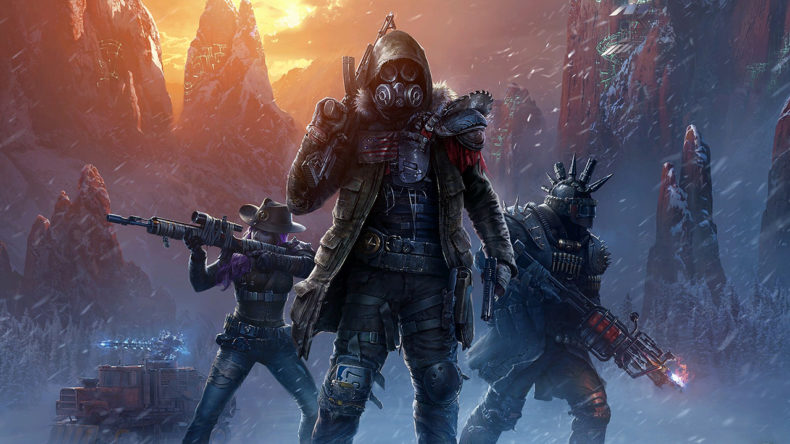 That the Wasteland series shares DNA with Fallout is hardly surprising given the cross-pollination of ideas, themes, and indeed developers who have worked on both series over the decades, through Interplay and InXile. Ironically, though, it’s Wasteland that has stayed truer to the original roots, maintaining the top-down, some would say hardcore, mechanics of the older Fallout games – and Wasteland 3 is no different.

The third game in the series is riddled with dark humour, Easter eggs, satire, parody and good old-fashioned post-apocalyptic grit. It’s a game less about choice than it is about consequence, as you won’t often know you’re making an important decision until all hell breaks loose as a result.

It sees the Arizona Rangers leaving their dusty desert home to travel all the way to snowy Colarado Springs to answer a distress call from the Patriarch. In his own words, Saul Buchanan owns Colarado, but his rule is threatened by a handful of powerful enemies. For a start, rival family the Dorseys have recently declared all out war, the Patriarch’s own children have turned against him, and he’s struggling to stem the rising tide of migrating gangs all vying for a slice of what he has. A Negan-like hard ass with a giant hammer instead of a bat, the Patriarch doesn’t like to admit he can’t handle his business, but the Rangers’ reputation as elite peacekeepers makes them the ideal force to help improve his fortunes. 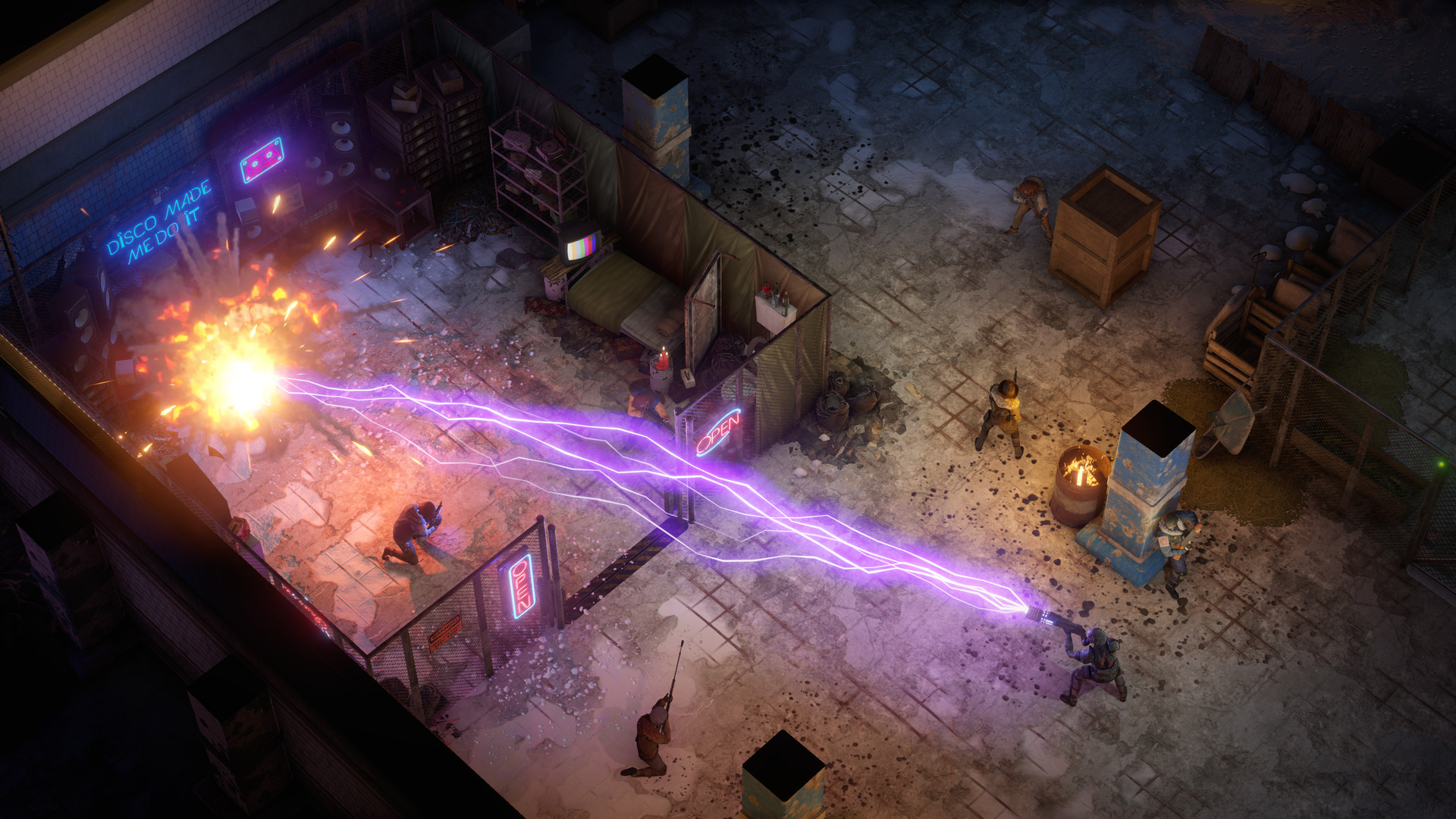 Unfortunately for all involved, the Ranger convoy is ambushed en route by the Dorseys on a frozen lake and utterly decimated, leaving only your two protagonists alive. Despite this, the mission is clear and so is their purpose: help the Patriarch restore order to Colarado, even if it is just the two of you.

The decision-making begins early on as you select or create a pair of badass hombres. Though you’ll eventually create or recruit lots more characters and travel in a party of six, these two are your primary Rangers and it makes sense to create characters who compliment one another. If you’ve played previous Wasteland games you’ll be familiar with the vast array of skills and perks available to you, from weapon skills to practical know-how such as lockpicking, explosives, sneaky shit (their words, not mine), and various charisma modifiers.

Every skill is important in Wasteland, and while you’ll never quite be able to build a party that specialises in all of them, each party member is counted towards a skill check, with the most competent chosen to use that skill. For example, you may have two characters with the Mechanics skill, but it’ll be the one with the highest score who completes all the Mechanic jobs, so it’s best to try to build a multi-skilled team. You could have a weapons specialist who can use everything, but you can only equip two weapons at once, and it takes no time for skill checks to ramp up in difficulty and require a high level in a given skill, and so generalising will simply stunt your effectiveness. 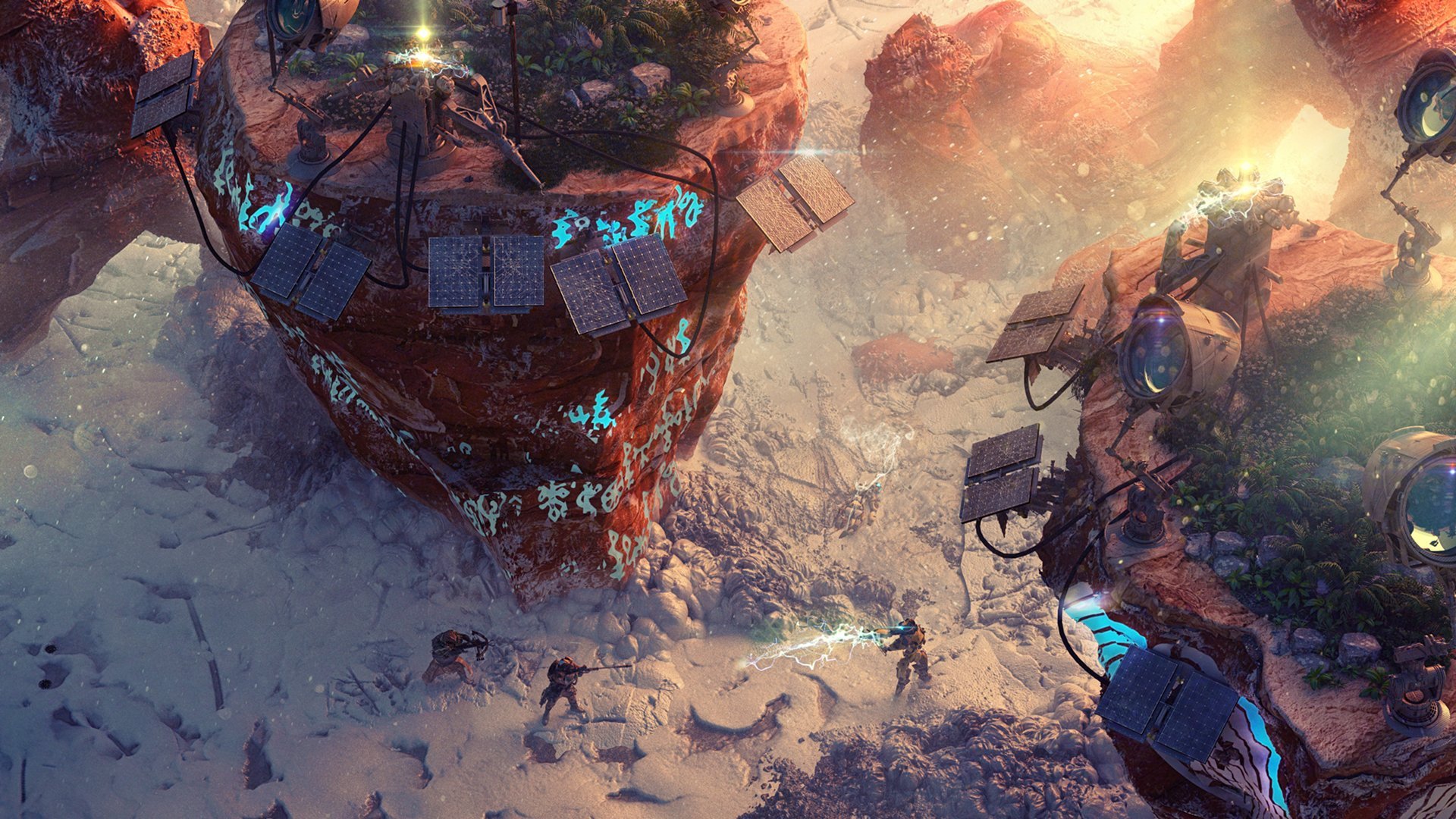 Each of these skills has a part to play in the game world, with certain dialogue options only open if you have a party with a particular skill set. The charisma modifiers such as Hard Ass and Kiss Ass will help you intimidate or sweet talk NPCs, whereas the Animal Whisperer skill allows you to charm wild animals to fight with you – and some of these AI party members are awesome, from Major Tomcat, the Stetson-wearing ginger, to Polly the foul-mouthed parrot. The scope to build a team that suits your play style is vast, as often the right skill can circumvent combat, unlock secret options and even lead to the discovery of great treasures. You could build an entire team of stealthy, medically trained snipers if you want to, but it might cause problems for you later.

And believe me, you’ll have enough problems. Colarado is Hell on Earth, a frigid wasteland of psychotic gangs, slavery, murder, mutated monstrosities, and radiation poisoning. Avoiding conflict is only half the battle, since most things you meet will want you dead one way or another. Exploration is paramount, searching in every nook and cranny for hidden loot, armour, weapons, mods and consumables, while avoiding traps and prowling enemies. Several times in the first half a dozen hours I found myself dropping the difficulty as I just couldn’t defeat a particular group of nasties, and even then I often came out of scrapes with gravely injured party members.

The impressive character creation tool can be used to create new recruits in your base of operations if you’re struggling with party composition, but you’ll also recruit PCs from the various locations in and around Colarado. Some of these party members have history with certain NPCs which will affect your personal story in different ways. 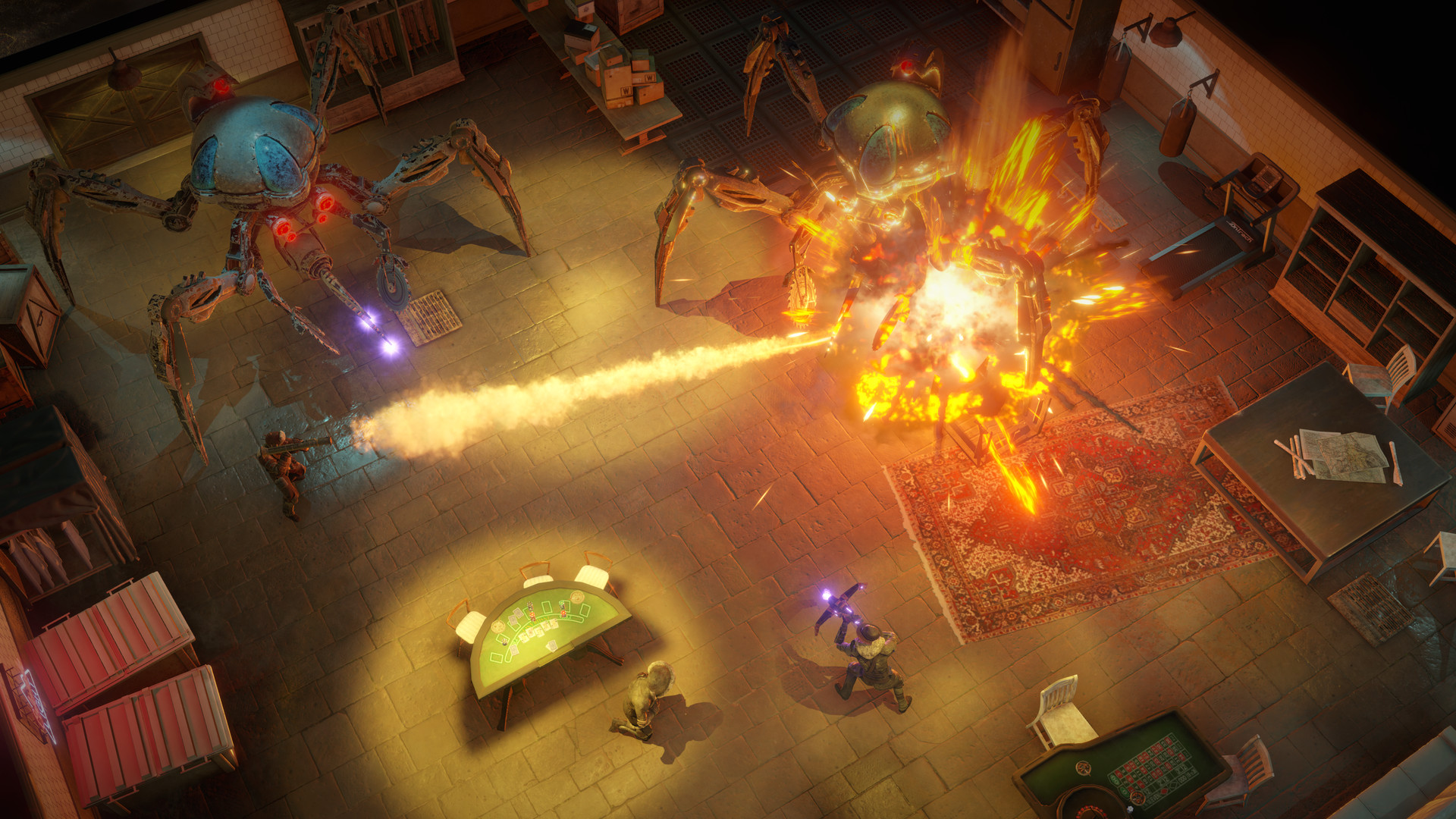 Wasteland 3 is also not afraid to go pretty damn dark when it wants to, although it doesn’t always manage to maintain the tone and the shifts can be slightly jarring. When you can travel from one mission where you’re consoling a party member about the murder and cremation of her entire family to another where a goat named “The Joker” is the most sought after prostitute in Little Vegas in a matter of minutes, it can be difficult to maintain much of an emotional connection either way. But this is a harsh world and the darkness is kind of baked in, so much so that people seem more or less used to the worst happening.

With the Rangers in town though, the mood slowly improves. After recruiting staff for your HQ, including a curator to run an on-site museum, you can really get to work righting wrongs and punishing the unjust. Or you can always rob people blind and bully them, if you choose too, just don’t expect them to be receptive to you later. While initially the action takes place mostly in Colarado Springs and, later, the city of Denver and other environs, you can go out for a drive in the Kodiak, a huge armoured truck that allows you to move around the world map and will even join you during fights thanks to its onboard AI. The Kodiak is upgradeable too, allowing you to improve its radiation protection or firepower, for example.

In a departure from previous entries the combat feels more like Gears Tactics now. When you approach an enemy and either attack or are spotted, you’ll enter a combat phase that lays a grid over the map. You’ll need to use cover and half-cover, reload your weapons, and manage your Action Points to move, attack, and use items. It’s a turn-based system but you have the freedom to move between your party members until their action points are used up, and the enemy tends to layer its attacks, which keeps the pace up and avoids unnecessary waiting around. Environmental hazards like exploding barrels can be used to cause area of effect damage, and each of your characters can use ranged or melee weapons with varying degrees of efficiency, while any AI pets will simply attack the enemy at the start of your turn – bear in mind though, the pets can’t be revived and death is permanent. 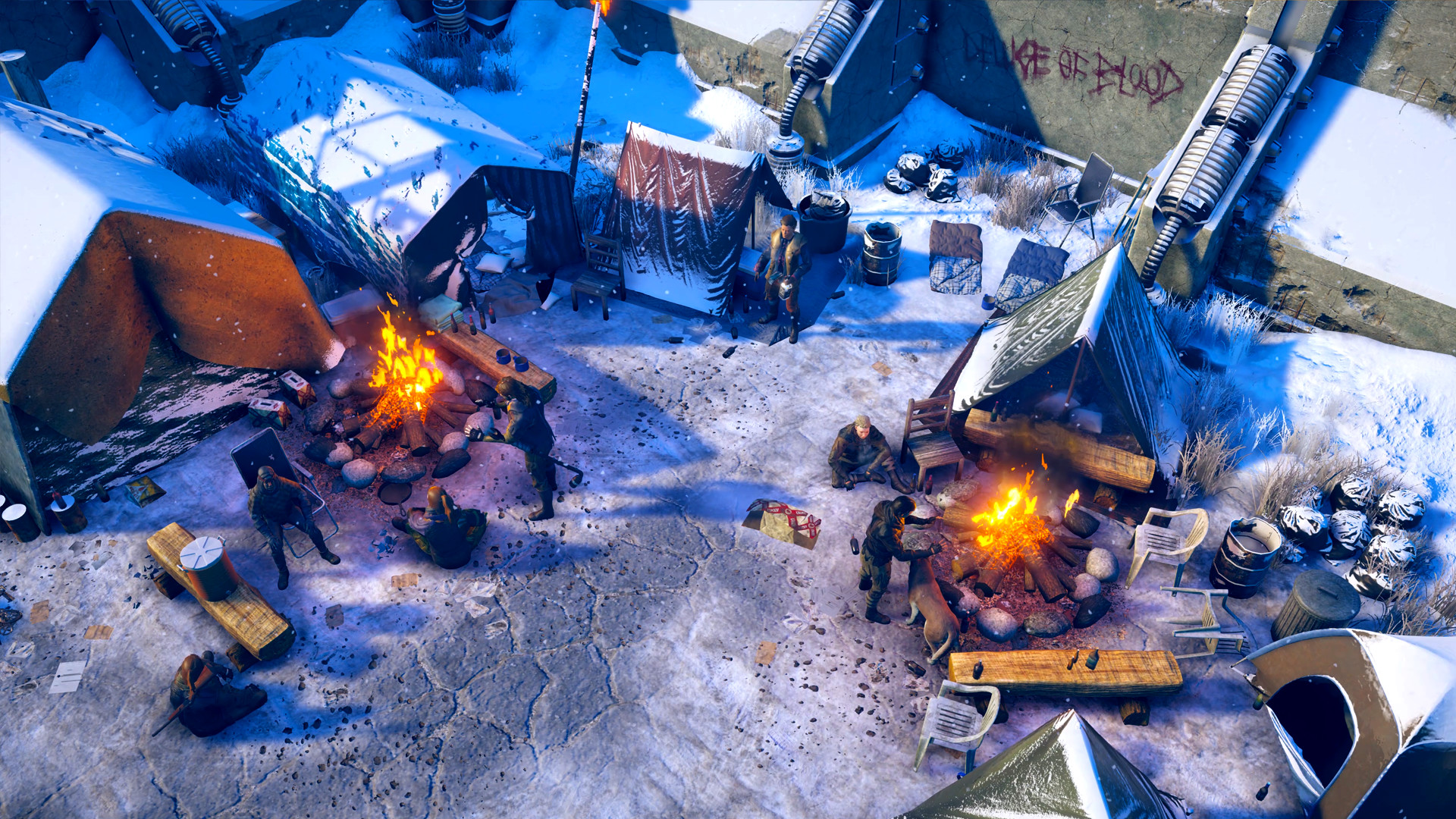 For the most part the combat is quick and enjoyable, though one mistake can be incredibly costly. There’s also a chance-to-hit mechanic at work, which I’ve never been a fan of and is just as awkward here as it is in other titles in the genre. Equipping the right gear and consumables is essential, from armour to weapons and utility items that buff your attributes or skills. You can suffer injury and other ill effects if you’re hurt, which will require medical attention from certain NPCs or characters with the relevant level in First Aid.

There’s so much going on all the time in Wasteland 3 that you can forgive some of the less inspired visuals. Some indoor environments are a little bland, although a handful of outdoor areas really pop out at you and stick in the mind, filled with little details and some great dynamic lighting. Character animations are okay but nothing to really get excited about, and there are some in-door areas that suffer such horrendous frame rate drops that even lowering my settings did nothing to help. Hopefully this can be patched out at some point in the future, but it’s not great to deal with it at launch. A couple of visual bugs aside, though, this is the only real performance issue and in most outside environments the frame rate holds up fine.

If anything it could use a speed option for when you’re simply walking around, or even a fast travel option for jumping between points of interest, but it’s omission is no deal breaker. Exploration is part of the fun, and as your awareness attribute grows, so too will your ability to spot hidden treasures, traps and secrets.

There’s also a multiplayer mode which, while we’ve yet to delve fully into it, is unique for the genre, offering you the option to work together or against one another, or even cheat NPCs by playing them off against one another. You’ll get more out of it if you play the entire campaign in co-op rather than dipping in and out, but the option is there to do both. This is not a hastily tacked on side concern, but affects the world, dialogue options and how the story plays out. It’s great to see InXile put so much effort into making the co-op mode feel like part of the experience as opposed to just an option in there to appease the masses.

Wasteland 3 is not a game to be taken lightly. It’s a huge undertaking, marrying the deep, choice-driven role play of classic games like Baldur’s Gate and, indeed, the original Fallout, with fast-paced tactical combat and vast areas to explore. The challenge is occasionally steep, and sometimes seemingly innocuous choices can have far-reaching consequences, but it’s incredibly dynamic and immersive as a result. How you approach each situation matters, from how to deal with a crime boss you’ve caught bang to rights to deciding whether to save a family from a fate worse than death or defending a convoy that could make you a little richer, your actions can lead you down vastly different paths each playthrough. It could do with just a little more technical polish in certain areas, but it’s a huge, accomplished RPG that offers potentially hundreds of hours of role-playing goodness.