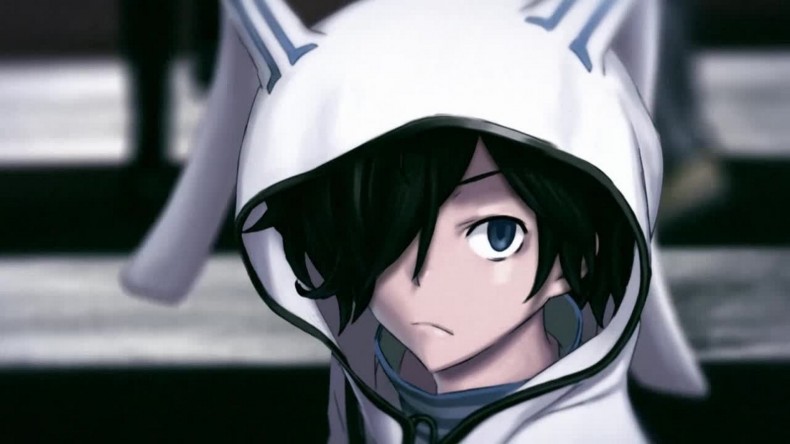 The story follows a high school student (what a surprise) trying to get through his exams in Tokyo. He signs up for a website called Nicaea that predicts the death of people as a joke in videos, which is where it all goes downhill for everyone, as the protagonist and his friends are shown a video predicting their own deaths. After somehow managing to survive, they see the city in shambles. While most games in the genre have slight alterations to the story and gameplay depending on your choices, Devil Survivor 2 goes all out with choices having a marked effect on gameplay and the ending. You get a lot of replay value this way, with multiple endings and no save file exploitation in a single area affecting everything like in Persona 4. Record Breaker adds a whole new scenario that takes place after the events of the canon ending of the Septentrione side. The Triangulum side (as it is called) is about twenty to thirty hours long and it comes with its own set of endings. If you feel like it, you can speed through it by skipping dialogue to get another ending in under ten hours. The Triangulum arc or the epilogue section can be played right from the get go if you don’t want to replay the main story, but there’s a nice summary of the events for those jumping in having beaten the original game on the DS. Some things from the main scenario do carry over (depending on which ending you get) and you may end up breaking the difficulty with high level demons in the compendium that unlock early on in Triangulum.

Speaking of dialogue, every character is fully voiced here, and unlike in Overclocked the voice acting is really good in Record Breaker. Even many NPCs are voiced. I was dreading having to listen to voices in this game after replaying Overclocked with its annoying voice acting, but I’m glad to be proven wrong. Some of the demons even have a few spoken phrases as well.

Structurally, Record Breaker is the same as Overclocked, with events consuming thirty minutes of time in a day; denoted by a small clock glyph next to them, and the game being split up into days. There are also free battles that are great for grinding, although the game is lenient with money and experience on the new blessed difficulty, and these battles don’t consume time in the day. Events to progress the story and events with characters are what will take up the majority of the in-game days, as many are linked to story related battles. The FATE system here is very similar to social links in Persona. Spending time with characters will not only let you learn more about them, but it’ll also reward you with bonuses like elemental affinities and new demons to fuse. Keeping track of the other event options is very important because raising FATE is not as important as saving someone from death, and characters can (and will) die if you are not careful.

But the core part is the fantastic battles. Fire Emblem: Awakening’s battle system set the bar incredibly high for this type of game, but Record Breaker’s battle system tops it. It’s so good that even grinding for experience and money is an absolute joy. The new skill crack system lets you select a particular enemy per team mate, and if you defeat said enemy, you crack that skill and make it available for the humans in your team. There’s a vast amount of customisation available with the protagonist’s stats being controlled by you, and a skill pool letting you go absolutely wild. The demon summoning app you use gets updated with various functions as the days go by and you eventually have fusion, compendium, auctions, and downloadable content all available for use.

One of the best things about Shin Megami Tensei games is acquiring various kinds of demons and using them in combat, eventually fusing them with others to make more powerful demons. The Demon Auction from Overclocked makes a return here, as does the Cathedral of Shadows – where demons are fused. The addition of the compendium allows you to pay a fee to summon any registered demons, which makes the game quite easy if you are willing to grind for money. While the combat animations and demons are shown on the upper screen of the 3DS, the majority of the game takes place on the lower screen – and this is my main complaint. I know the original DS game did the same, but being the definitive version of Devil Survivor 2, I’d hoped I wouldn’t be forced to stare at the lower screen for almost all dialogue and interactions, because it’s jarring.

But it does look great, for the most part. Character portraits look nice, but in many cases the expressions don’t match the dialogue or tone. Demon design is exceptional, but the bosses or Septentriones in the main story look laughably bad. You can’t have detailed normal enemies that make you want action figures of them lead to bosses that look like rejects from the kindergarten section in Toys R Us. Reused assets for the NPCs isn’t great, either.

It’s worth mentioning that this is a massive game. Your first playthrough will take anywhere from 50 to 80 hours depending on what difficulty and ending you go for. Luckily, the music is excellent. After a lacklustre opening theme, almost everything is a lot better than its predecesor, with catchy exploration music, a battle theme that never gets old, and some fitting character themes.

Record Breaker is not just the better of the two Devil Survivor games, it’s also one of the best RPGs on the 3DS. The immense amount of content along with the voice acting make it worth picking up even for people who played the original on the DS.

Too much is played out on the lower screen.
Boss designs are weak

An extraordinary 3DS RPG filled to the brim with quality content.