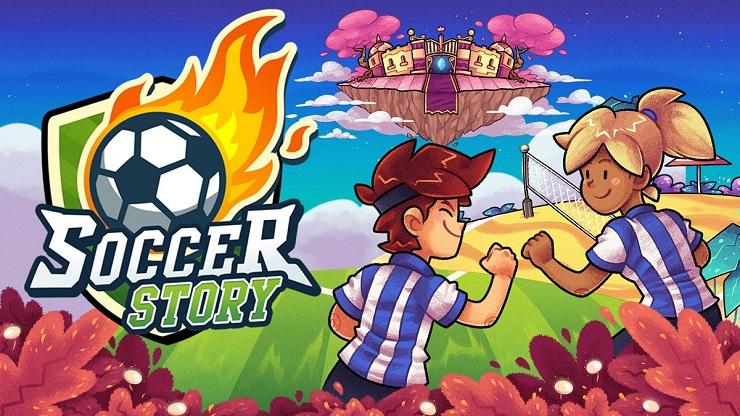 Imagine a world without football? There would be no fantasy football leagues, no World Cup, no TalkSport, and no Match of the Day. We wouldn’t get to watch modern day magicians like Messi, Mbappe, and Haaland every weekend, or argue relentlessly about how we all would have changed tactics and done a better job than the managers. It’s a funny old game, but it’s the greatest game in the world, and without the joys of football in our lives, it’d would be a very different place. Soccer Story decides to put that to the player, and the results are surprisingly pleasant.

After an event known as the Calamity, football, or soccer, has been banned throughout the world. That is until a magical ball finds its way to your feet. Soccer Story utilises the beautiful game as a device to solve puzzles and find secrets as well as still partaking in the odd match. You get to choose one of two siblings, and set about bringing the sport back into the lives of those who miss it dearly by meeting a wide range of characters and teams, taking part in tournaments, and bringing football home. 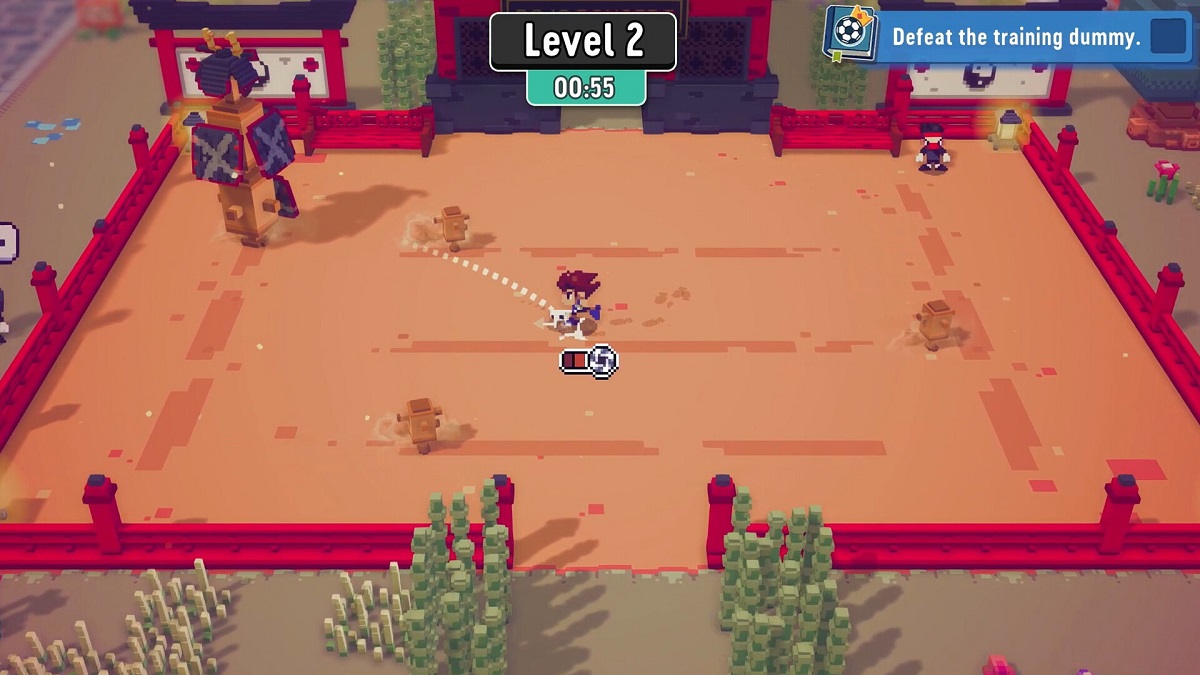 The fundamentals of controls are straightforward, allowing you to run around the world with or without the football at your feet. You’re faster without, but due to the amount of side quests and puzzles, you can quickly call in the football with the press of a button. From there, you can aim the ball where you want and kick it in the direction by using the right stick, switching between power levels that unlock as you play. When under pressure (usually brought about by a time limit), it can be a bit hit or miss, but I found it rather sharp when it came to pinpointing accuracy.

Another skill that is needed when in the world is slide tackling, and this comes in handy to reveal certain items, or coins hiding in the bushes. The majority of the puzzles and quests require you to hit a target, slide through something, or use your speed. There’s tons of stuff to do when not playing in actual matches, and I had lots of fun in these quests. Finding hidden goals and scoring in them, knocking acorns off trees, saving kids from sharks, supplying pensioners with energy drinks, and avoiding lasers are just small examples of the kind of puzzles you’ll have to solve. 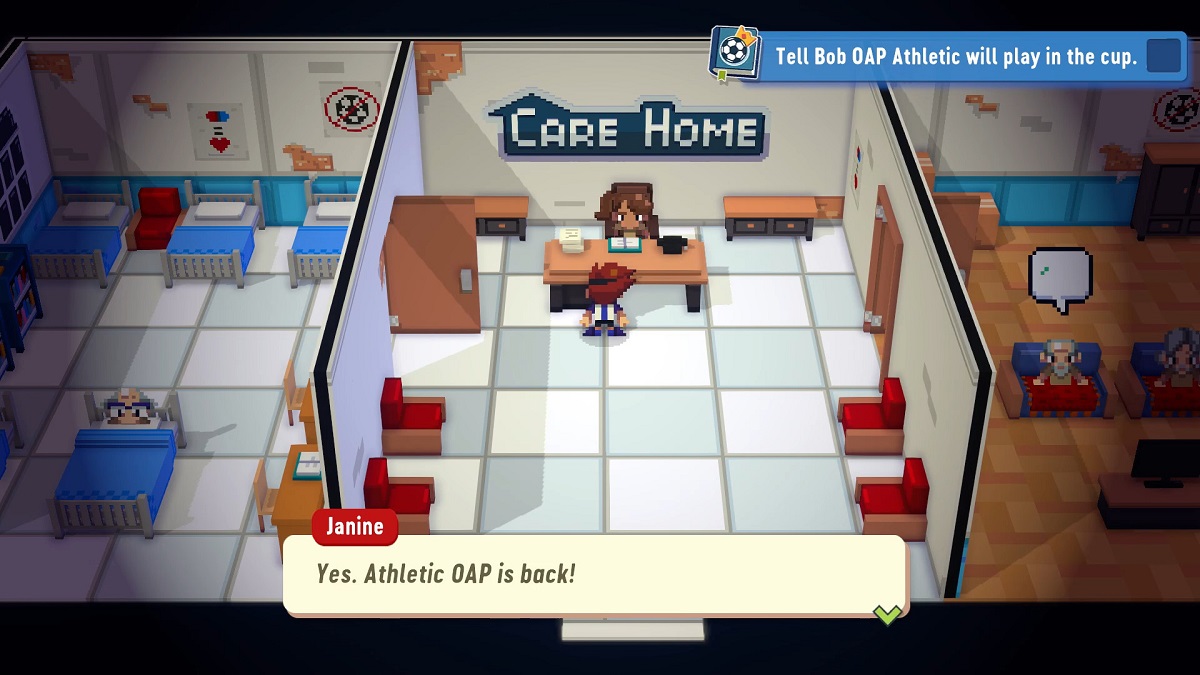 The world is colourful and well designed, with secrets hiding all over the place. You’ll unlock different types of boots that let you access new areas, and upgrade your base skills to become quicker or gain a more powerful shot by finding upgrades and spending coins. It’s an organic process that doesn’t pose too much of a challenge to get better, but the real skill in Soccer Story comes when you’re tasked with beating other teams on their home turf. It takes a while to master your performance in matches, and there’s definitely an element of luck when it comes to scoring.

You take control of a team of four (with the goalie controlled by the computer), and have four minutes to score more goals than the opposition. You can pass to teammates, burst past the opposition and tackle them, then shoot when in a good position. At times, it was frustrating when missing a tackle, and certain shots go in when they seem as if there’s no chance in hell of them hitting the back of the net. I would take a shot from close range and the keeper would save, but shooting from within my own half would more often than not result in the keeper completely failing to save. 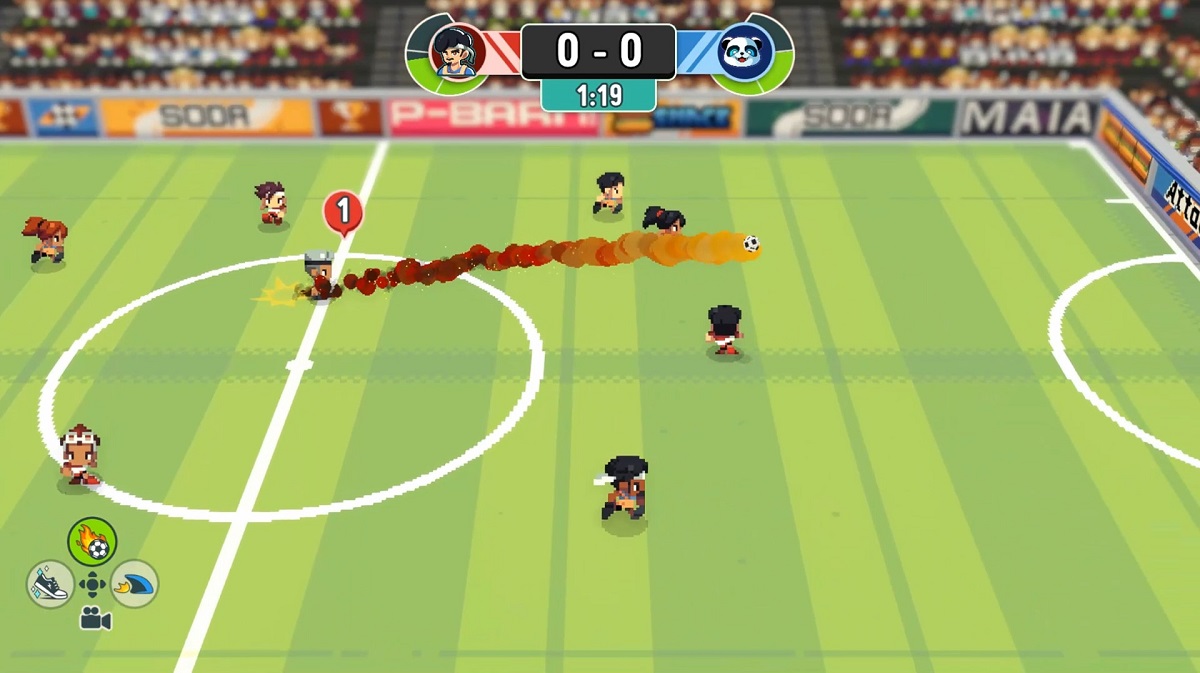 There’s definitely an element of skill in matches, but luck also plays a part in it. As you play more matches and take on tougher teams, these errors can be costly, but you end up unlocking new skills to equip you better to defeat the opposition. Panic Barn has shoved together a lot of ideas in Soccer Story, and they more often than not work brilliantly, but I definitely had more fun exploring the world and solving puzzles with the physics-based gameplay than in the actual matches, however, the tournament games are still a nice departure from traversing through the world.

Soccer Story has a lot going for it, and the joy of finding a new quest or puzzle to solve kept me hooked. The pixel art style and old school viewpoint feels as though your playing Link’s Awakening with a football, and there’s plenty of charm and humour to make the actual act of ridding football from the world an enjoyable RPG-lite game. Although there’s some element of chance during matches, there’s a lot to love about the world, the ideas, and the characters. The sense of achievement it offers you is satisfying, and it’s a nice departure from the serious and stressful nature of playing FIFA.

Plenty of fun puzzles
Lots to do
Light-hearted and charming

Targeting is tricky under pressure
Scoring in matches can be unpredictable

Soccer Story has some great ideas, and makes football a vessel for solving fun puzzles and reintroducing the game back to the world.