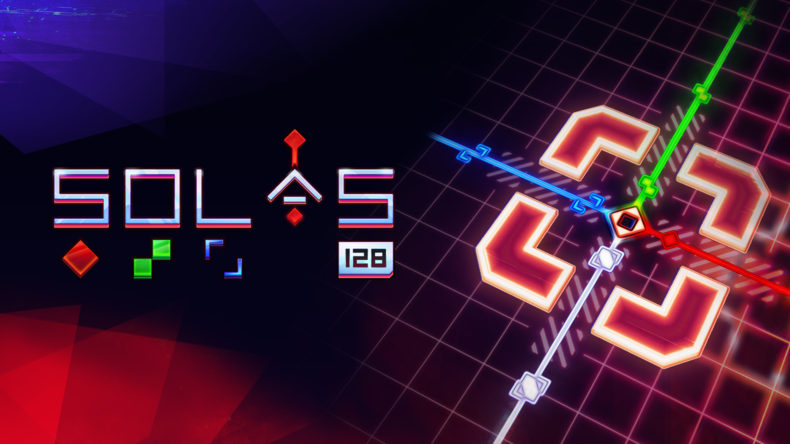 I love when a puzzle game takes one simple mechanic and builds on it. When Jonathan Blow’s The Witness came out in 2016, I immediately fell in love. Going around this gorgeous island solving different versions of line puzzles took up weeks of my life, and it was only made better when the puzzles entwined to form one solution. No other game has scratched that particular puzzling itch for me since Blow’s masterpiece, until SOLAS 128.

The simple type of puzzle you’ll be working with in SOLAS 128 is the humble mirror puzzle. A standard room in SOLAS will have a beam of light coming from the entrance, and a handful of mirrors to place so you can aim it at the exit. Once the light activates the exit door, you can go through it onto the next room and continue your mirror-based endeavours.

Obviously it doesn’t stay that simple for long, with different types of mirrors, light beams, and obstacles standing between you and the next room. Once you’ve gotten used to standard mirrors, you’ll then get some you can rotate, some that split the light into two beams, and all manner of reflective nonsense. 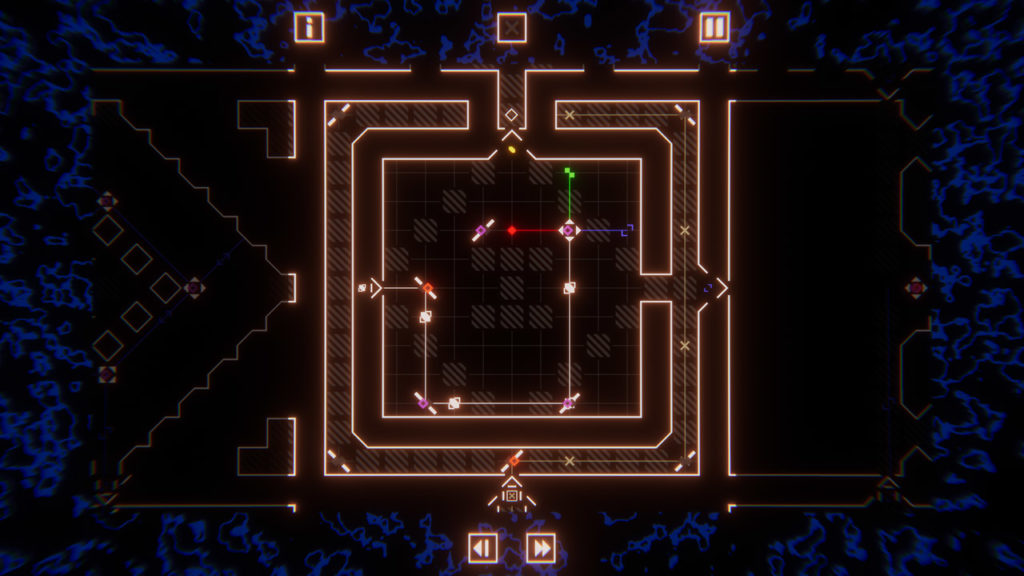 Things really amp up when colours are brought into the mix. Doors only open when the beam of the same colour touches them, and beams of different colours can be mixed into a new colour altogether. Combined beams project out at a new angle too, and if this sounds like a lot to learn then you’re not wrong.

Fortunately, SOLAS 128 introduces new mechanics at the perfect pace. You’ll be given plenty of time to learn how each new tool works in simpler puzzles, then gradually you’ll have to combine it with everything else you’ve learnt. If you’re still struggling, there even a hint mechanic that I’m not ashamed to say I took advantage of when I hit a brick wall. By pressing the hint button, you’ll be given locations that two objects must be placed on to solve a room. It’s the perfect way to ensure players still have to think about and understand the solution, but with a cheeky nudge in the right direction. 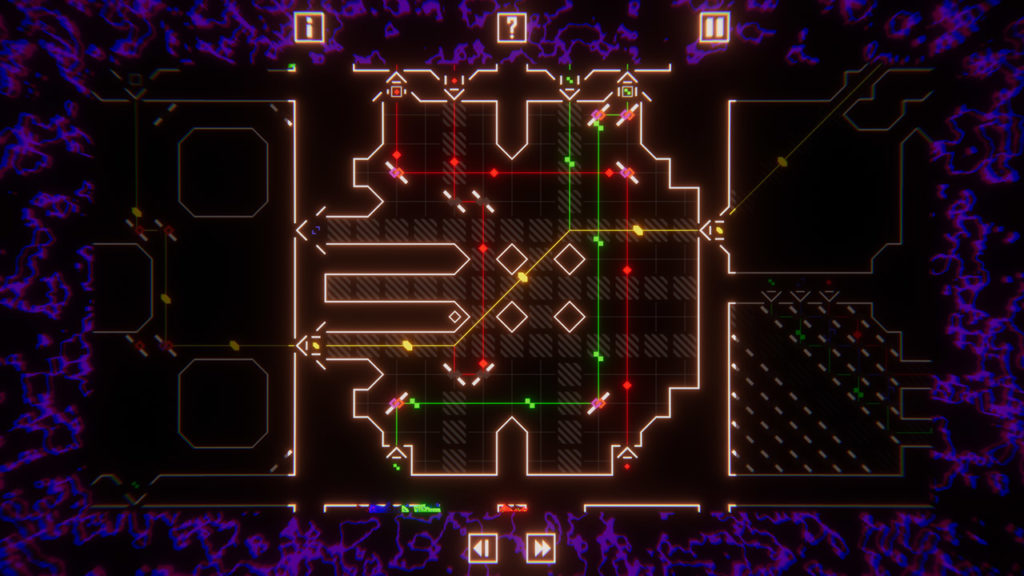 Getting the correct solution is one thing, but when puzzles start combining from room to room SOLAS 128 is just magic. An hour or so in you’ll realise that you can place mirrors on the edge of some rooms, and you’ll be able to use them when you move to the next one. Then you’ll realise that the solution to another puzzle requires you to send light through from a better angle from the previous room, and everything starts to merge into a beautiful logical mess.

There’s an overarching goal in SOLAS 128 that I won’t spoil here, but each time you activate your next big objective the game zooms out and you can see the path of all the beams of light you’ve reflected on your quest. It’s an incredible moment when you get to see all your hours of progress on the screen at once, and it really showcases how much you’ve zoomed about the map and backtracked into past rooms.

The music in this mirror puzzle game is more than just a soundtrack. The light moves and background pulsates to the beat of the banging synth tunes, creating an almost rhythm game effect. Although there aren’t many moments where timing is an issue, everything moving together to the beat brings this lo-fi world to life. 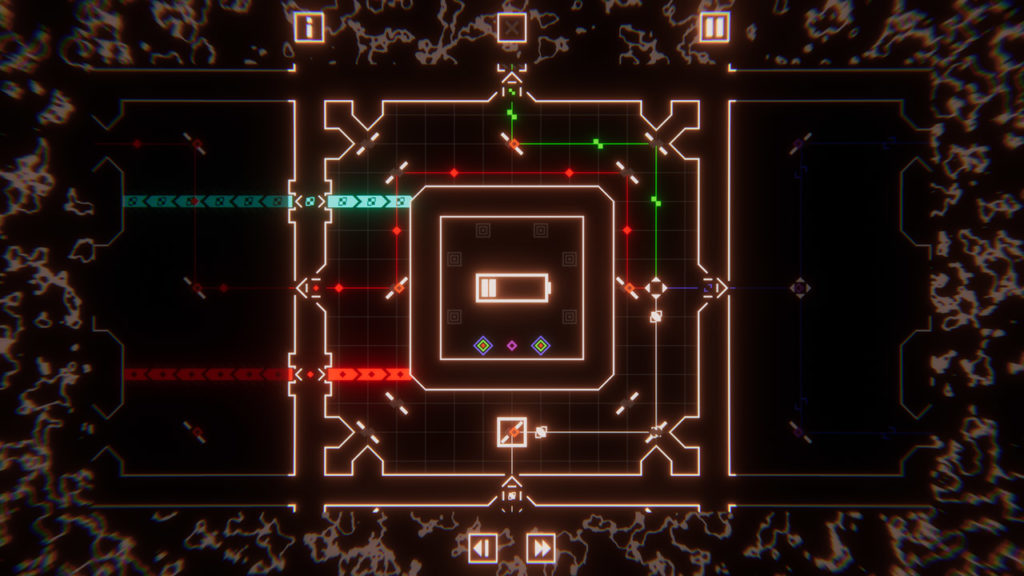 To say SOLAS 128 has a minimalist art style would be somewhat of an understatement. The colours on a black background remind me of old MS-DOS games I’d play as a kid on my first PC, albeit with a more stylish neon twist. The aesthetic means there’s nothing to distract you from the pure puzzling on offer, so there’s no excuse for procrastination.

My main issue with SOLAS 128 is in the controls. On Switch, you can move the cursor you use to interact with objects with either the touch screen or an analogue stick, but neither method is ideal. Objects are just too small to place when using the screen, but moving a mouse style cursor with an analogue stick doesn’t feel great either. The slow puzzling nature of the game means that this never really interferes with the gameplay, but it’s a definite annoyance.

SOLAS 128 is an expertly crafted puzzle game that takes a simple mechanic we’ve all seen before and runs with it. Solving its entwined puzzles is consistently satisfying, and the integrated synth soundtrack helps you through the hard times. It has some control issues, but puzzle fans owe it to themselves to go all in on the mirror puzzles.

Neither control option is great

SOLAS 128 takes mirror puzzles to a whole new level, with a host of different light-based mechanics and a sprinkle of synth magic.