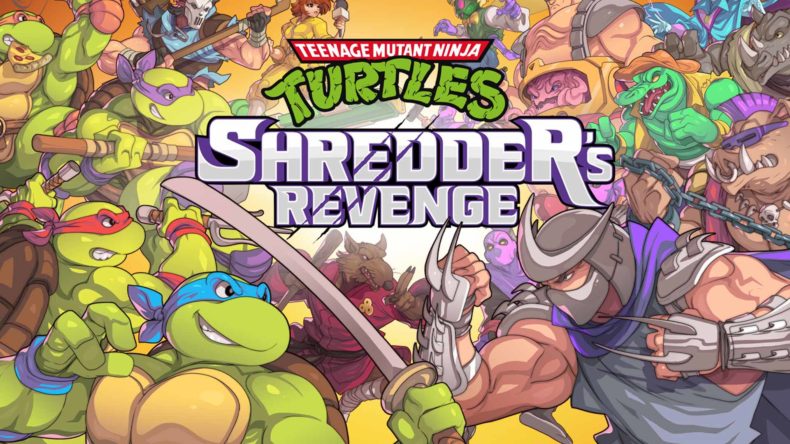 Tribute Games have not hidden the fact that they love the old school side of gaming. The detailed pixels, the tough as teak challenge, and the retro aesthetics. The idea of marrying these sensibilities to the remake masters Dotemu and an enthused Nickelodeon, and having a crack at the TMNT license made a lot of long-time fans very excited indeed.

And with damn good reason. For anyone that grew up playing the landmark Konami belt scrollers, this is a sugar coated, nostalgia laced shot of your childhood straight into the veins. Thanks to the way Nickelodeon have kept the franchise alive, Shredder’s Revenge is a perfect way to revitalise the heroes in a half shell, who had become a bit stagnant in gaming terms. 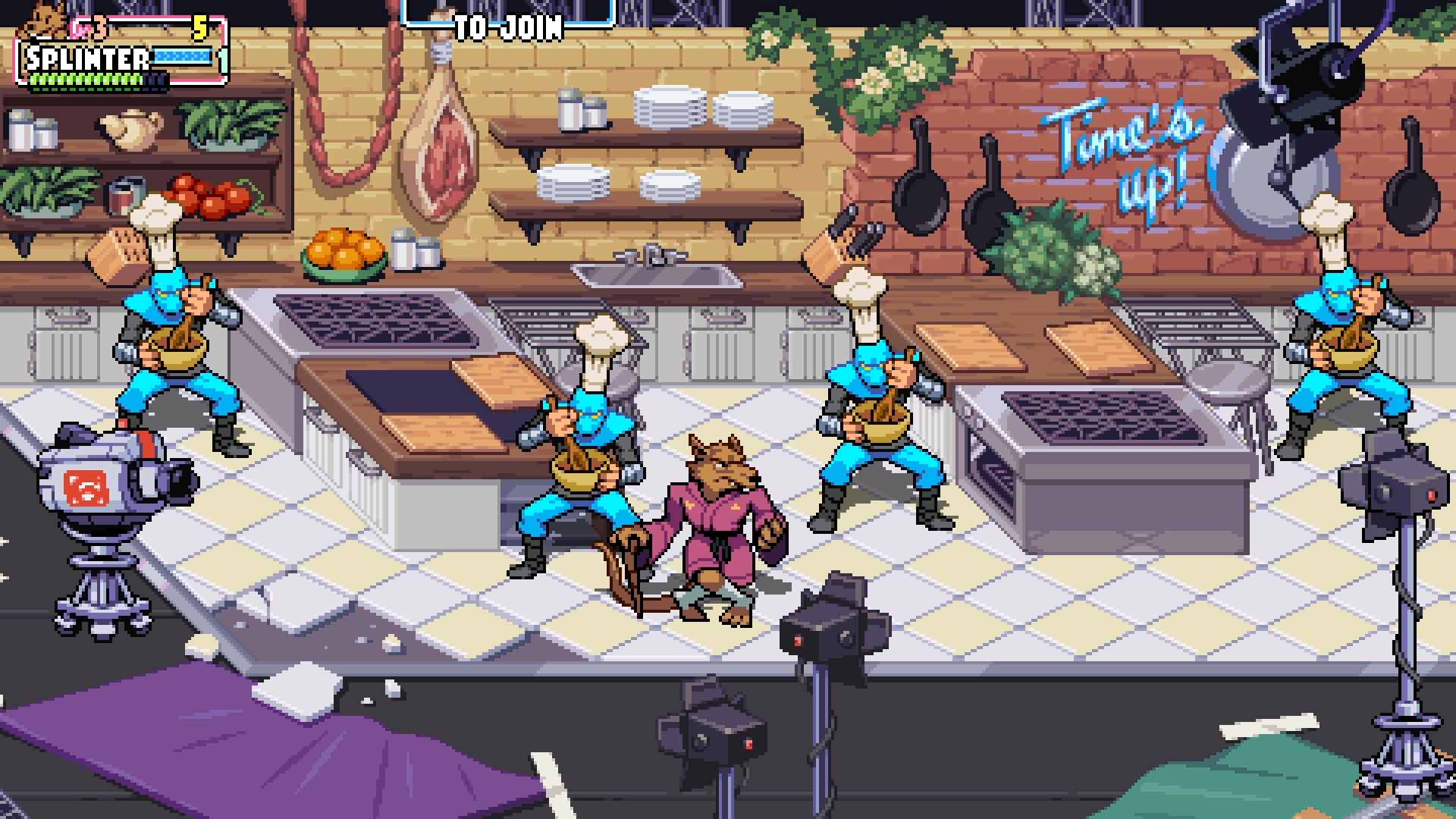 The production values of Shredder’s Revenge are sublime and perfectly evoke both the classic 80s comics and telly series, whilst also being undeniably linked to the modern takes on the source material. A full-on animated intro sequence with the fantastic cartoon series theme music sets the scene. Once the Goosebumps had passed, I realised I still knew every single word. But listen a little closer. That is bloody Mike Patton of Faith No More belting it out.

Later on, you also get treated to a surprisingly motivated-sounding Ghostface and Raekwon lacing the proceedings with some Wu Tang flavour. The rest of the audio is equally terrific – there are some fantastic tunes courtesy of Streets of Rage 4 composer Tee Lopes that are packed with classic TMNT motifs. Best of all is the in-game voice acting courtesy of the OG cartoon cast.

The gameplay, for the uninitiated, is not far removed from the vintage coin ops and 16-bit classics of yore. You walk, or in some cases travel via hoverboard, to the right. Enemies attack from all angles, and with up to a staggering five other players online or off, you beat the crap out of them and manage their swarming tendencies. 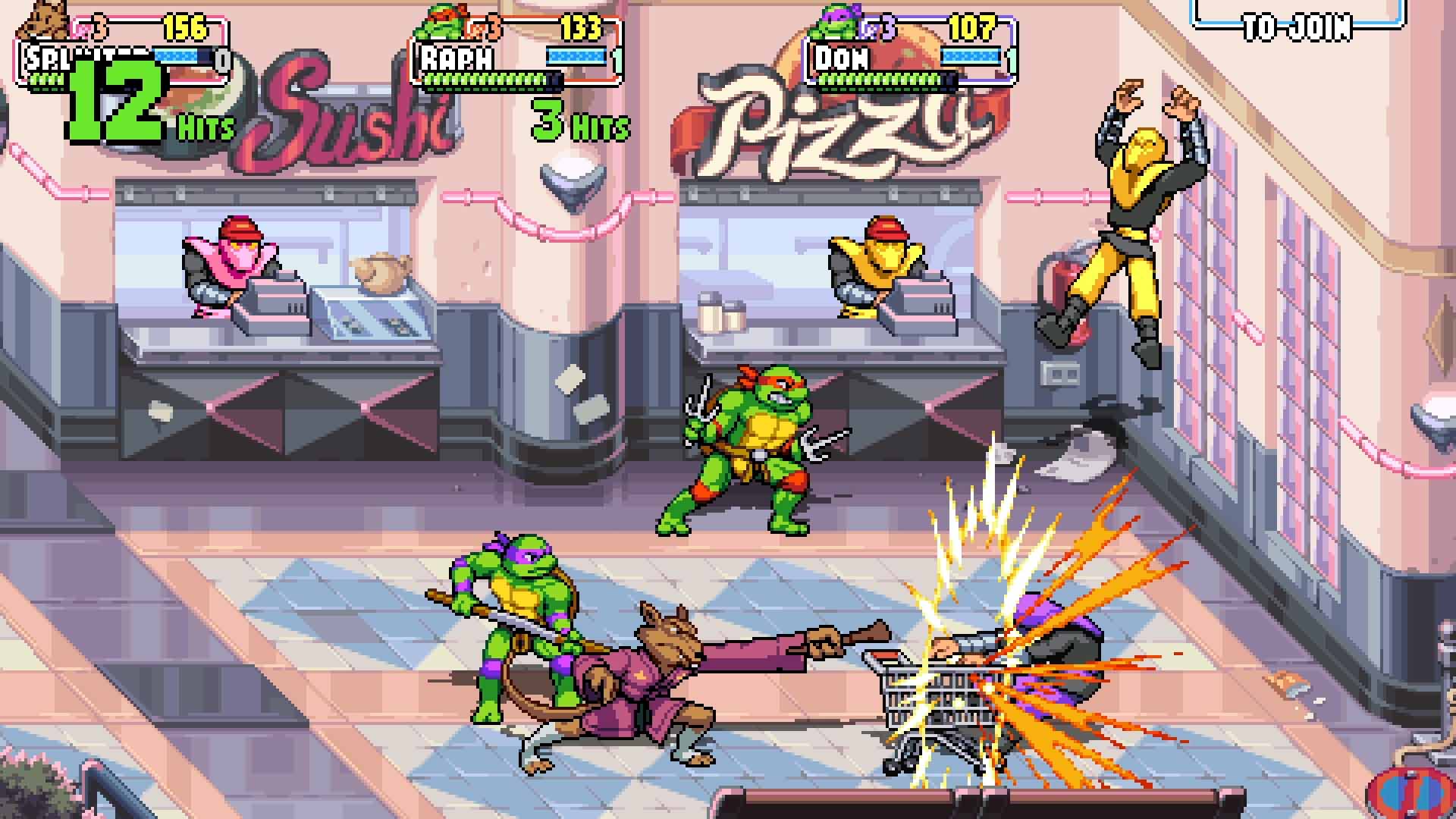 There are, to begin with, a selection of six playable characters. Each of the TMNT team have different attributes in terms of speed and power, and the reach of their weaponry. Donatello, for example, is slow, but has the longest reach thanks to his staff. There aren’t as many complex attacking combos as Streets of Rage 4, but each character has a selection of throws and attacks, the ability to use a special once you fill the requisite energy bar, and the possibility of entering Radical Mode when certain conditions are met, allowing unlimited use of special attacks for a limited period.

The emphasis of the game is controlling the large numbers of enemies effectively using a combination of well-timed attacking, evasive manoeuvres and sensible deployment of your specials. Dotted about is the occasional life-bringing pizza, and special pies that grant you an instant Radical burst. There may not be the trad belt scroll weaponry to pick up – but there are environmental hazards that can be used to your advantage – it is particularly fine nailing a baddie with a well-aimed parking meter to the boat race. Of course, Shredder’s Revenge absolutely plays better with friends, and with that comes the chance to execute tag team attacks which are as thrilling as you would imagine. And yes – you can still fling Foot Clan goons into the screen just like before, and yes – it still feels so satisfying.

Each character genuinely feels different, and are beautifully drawn and animated with unique quirks and behaviour. April employs the tools of her televisual profession to amusing effect. Mikey has the element of goofiness you would expect. And as it has been spoiled already in the pre-release hype, you even get a seventh playable hero once you ace the story mode, bringing hockey stick-wielding fan favourite vigilante Casey Jones into the mix. 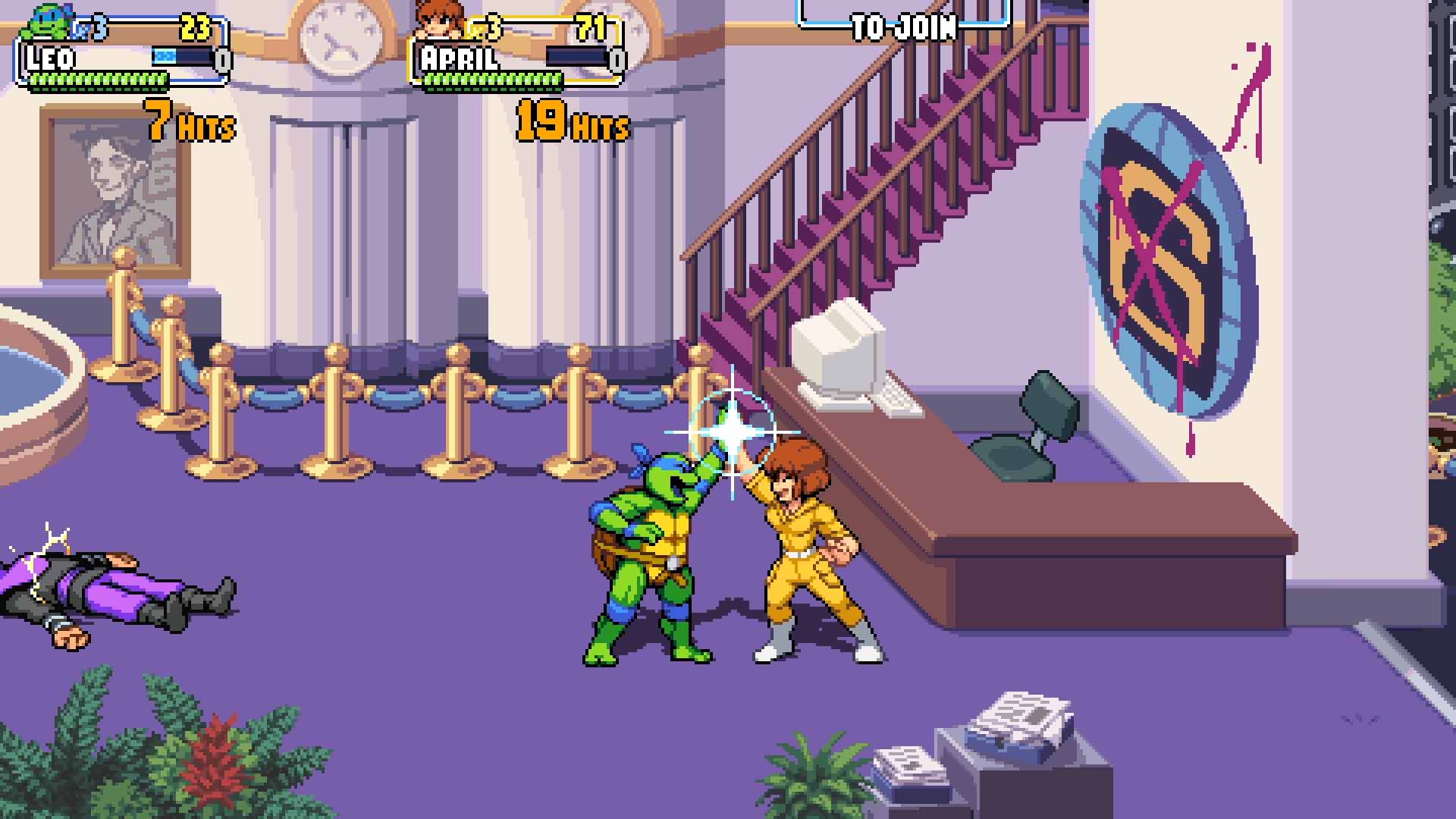 There are a shed-load of stages, which take you through gorgeous representations of easily recognisable landmarks from the TMNT universe. Each stage comes with a set of conditions – such as completion without sustaining damage – one which will elude only the most expert players on the harder difficulties. There are also myriad Easter eggs, beloved character cameos and collectable items that will delight fans. You know you are dealing with a next-level attention to detail when Attila – a relatively obscure character that only appeared in two episodes of the tv show pops into view. It’s stuffed with this sort of thing. You can go against the CPU either in Arcade or Story mode, the latter offering some progression and levelling up between stages.

Shredder’s Revenge isn’t an overlong experience – but it is also generous in terms of content, challenge and replayability. The only real criticism I can level at it, would be that I would have liked the inter-stage cutscenes and introductions to have been fully voiced. Why employ the guys that voiced our childhood, and then miss a trick with that? But that is small potatoes, and this is still a terrific game. Just as the spirit of teamwork shines through in the way Dotemu, Tribute, and Nickelodeon have put this together, this is also one of the best opportunities to team up and enjoy some old school arcade action on or offline with mates. It doesn’t reinvent the wheel – but it does reawaken not only a terrific franchise, but reminds us of how damn cool and iconic the Turtles really are. If you need me, I will be working my way back through the cartoons with a gooey old slice of pizza.

Looks and sounds gorgeous
Loads of characters and nods to original games and properties
Plays simple, smooth and like a good arcade game should

Shredder's Revenge isn’t an overlong experience – but it is also generous in terms of content, challenge and replayability.

You may also like
DotEmuTeenage Mutant Ninja Turtles: Shredder's RevengePC