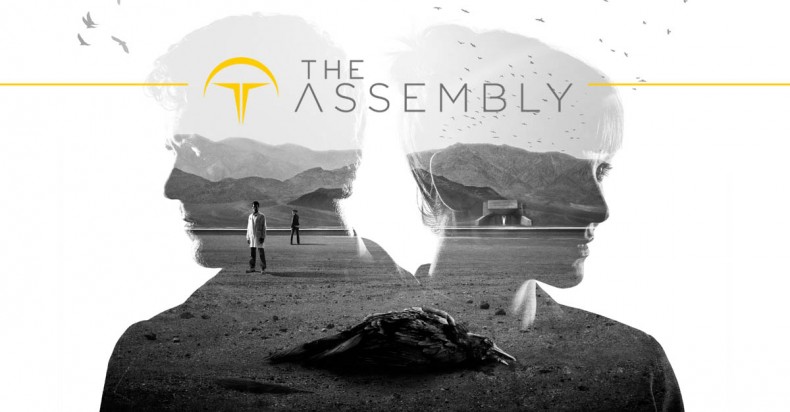 The experience The Assembly provides is ideal for virtual reality. It’s about exploring and investigating your environment in a very realistic way. As such, it’s relatable and logical and the narrative can spin its tale around your interactions with the environment rather than force itself upon you.

You switch between two characters: the long-time employee starting to doubt his employer’s ethics, Cal Pearson, and a new employee kidnapped and tested to see if they are a good fit for this organisation, Madeleine Stone. Each character is given a different perspective on the shadowy organisation known as The Assembly — faced with a series of puzzles and moral dilemmas that explore how far you’re willing to go to progress science. Without the scrutiny of the outside world or oversight of any government, The Assembly have achieved staggering scientific breakthroughs and they look towards making plenty more. However, with such a lack of control comes questions of ethics and what price is too high to pay for progress. Through the two characters, you get to explore the organisation and make up your own mind as to how much is enough and it’s an intriguing journey of discovery.

The secret underground lab is packed with detail, providing an interesting environment to explore with information pouring in from every angle to better teach you the organisation’s history. The voice acting is mostly top-notch, with both protagonists happily talking to themselves and keeping you informed and engaged, whilst the rest of the cast help bring the mysterious organisation to life. There’re a few bum lines of dialogue that threaten to pull you out of the immersion but fortunately, they are few and far between. Unfortunately, so are the NPCs: direct interaction with other characters is rare and it makes the lab feel empty and less real as a result. Intriguingly, The Assembly is a seated experience where exploring the lab is done through keyboard and mouse or a controller, even when using the Vive. However, it works well. You can move traditionally with smooth walking and turning with the mouse or analogue sticks, although this is often responsible for some nausea. Additionally, you can ‘blink’ around the environment, moving in quick, sharp stages when walking or turning, or selecting a point with a ghosted avatar and blinking directly there. You’re certain to find an option that suits you and the ability to switch between them is appreciated. Despite the Vive’s wands feeling so natural in similar titles, you may be surprised by how quickly you adapt back to using a controller without hurting the immersion.

After 4-5 hours you’ll come to end of your adventure in two minds about what you’ve experienced. The moral choices are poorly built upon, providing no real consequence while the puzzles you face as Madeleine make a great impression, even if they do leave you hungry for more. Furthermore, the option to play The Assembly traditionally without VR reveals it to be an unremarkable 3D point and click adventure. Indeed, the experience rests heavily on its the VR immersion.

The voyeurism of searching drawers for files and reading every post-it note and personal email is a compelling part of The Assembly, and whilst this kind of experience isn’t uncommon, VR truly immerses you in it — getting you closer to the non-action than ever before. A great sci-fi setting helps drive your exploration and some neat puzzles and a shift between two different perspectives keep the short play-time varied. If only there was more of it. More character interactions, more puzzles and more consequence would have helped The Assembly to really shine.

The Assembly is a good idea with great building blocks for its intended exploration and puzzle mechanics but it feels somewhat undeveloped. It'll no doubt leave you intrigued yet ultimately pining for more.