The Legend of Heroes: Trails of Cold Steel Review 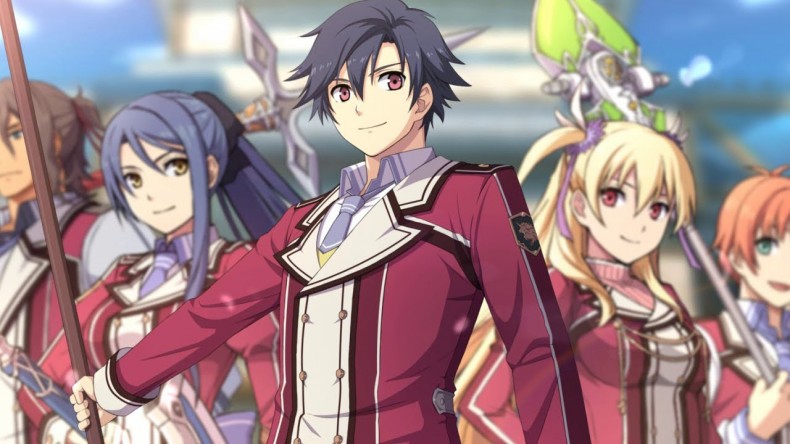 It feels surreal to write a review of Trails of Cold Steel given how uncertain the game’s possible English release had been until 2015. Having completed it, I’m certainly glad it was released for the West, because now Persona 4 Golden and Final Fantasy X HD on the Vita finally have some competition in the JRPG space.

Our adventure takes place in the Erebonian Empire in a region known for military prowess. The social class system is still in place and there’s tension between nobles and common citizens. In the midst of all of this is Rean Schwarzer, the protagonist who enters Thor’s Military Academy. There’s a new class in the academy called Class VII which does not distinguish between anyone based on their social or economic status. Every student in this class is unique (with abilities, and in personality) and these characters grow on you right from the start. Trails of Cold Steel is also the beginning of another story in the same world so it can be played without having experienced the previous games. And if you’re familiar with classic JRPGs, you’ll be right at home here. It is very story driven so you will have hours spent interacting with your classmates and NPCs before getting into combat – be ready for a slow burn in from the start. As it progresses, you learn more about the characters and their relationships, their pasts, and more. The social and economic class status starts to matter less as you discover the bigger picture: war is nearly upon us.

Training will take you all over the Empire, and there’s also an old school house with a changing inner structure that reminds me of Tartarus from Persona 3. Cold Steel’s combat is great. While this will not come as a surprise to fans of the franchise, newcomers will love it and fans of turn based combat will have their thirst satiated in a time where some JRPGs are moving to hack and slash or button mashing action combat. There’s a mashup of things I like from Grandia, Final Fantasy VII (Materia system), and Persona in combat.

Spending time with classmates and consuming bond points strengthens your links with them and grants you link experience. This lets you learn more about people and gives you bonuses during combat. This tactical link system is new to the series, and link bonuses range from healing partners to follow up attacks and more. Combat also gives you restricted movement, which is useful against area of effect attacks where you need to decide whether tactical links are worth the AoE risk. Each party member has their own combat style: Rean uses a Katana; Laura has a large sword; Machias uses a gun, and Emma uses an Orbal staff. All nine members have their own style and abilities, and while the visuals do detract from an otherwise incredible experience, the battle animations are superb, with the special attack animations in particular a sight to behold.

It’s an impressive world, though. Every NPC has their own story that progresses as you continue playing, which encourages talking to nearly everyone you run into, and exploration on the whole. You could just blast through the main story quests, but the real meat comes from characters and the world. I decided to talk to someone staring into the water and he gave me a fishing rod which unlocked fishing for me – the amount of content and things to do is staggering.

A single play-through will take you upwards of 50 hours, but expect to spend more than 70 hours if you don’t rush. Incredibly, there’s very little filler, and the only real problem you might have is how slow it is to get going. The prologue has you right into the action, but if you are short on patience, maybe this one isn’t for you. There are quests, general student life, battles, fishing, and so much more in this dense world. XSEED needs to be commended for their localisation. I love the commitment to the franchise, and we see the best of that here. The voice acting is great for almost every character, and there’s unique battle dialogue as well. NPCs never sound similar, which is a definitely positive in a genre that often falls afoul of peripheral characters sounding the same. The soundtrack is also one of the best soundtracks a JRPG has had in a while. One annoyance with the voice acting is how some scenes go on without any voice acting – it feels inconsistent at times.

The one big problem is the loading times. Rather than hide it behind transition animations or tutorial screens, Trails of Cold Steel just shows you loading screens before and after every battle. It’s simply annoying, especially on top of the fact that it’s generally not the best looking game. While the characters and overall art style are fine, it looks dated and inconsistent in many areas, even on the Vita. This might add to the classic JRPG aesthetic, but I wish more care was put into the visuals for the important areas.

But this is a great and lengthy experience. If you’re a fan of JRPGs or turn based games and enjoy story driven games, consider investing time into it – you will not regret it. While it doesn’t do anything new, it manages to take a few things from RPGs I love and weave them into a wonderful package. Despite the issues, I can’t praise Trails of Cold Steel enough for making me so invested into yet another JRPG franchise.

Loading times are really annoying in battle.
Visuals are inconsistent.

It'll suck you in slowly as it transforms into one of the greatest JRPGs of the last few years, with memorable characters and gameplay.