The Ninja Saviors: Return of the Warriors review 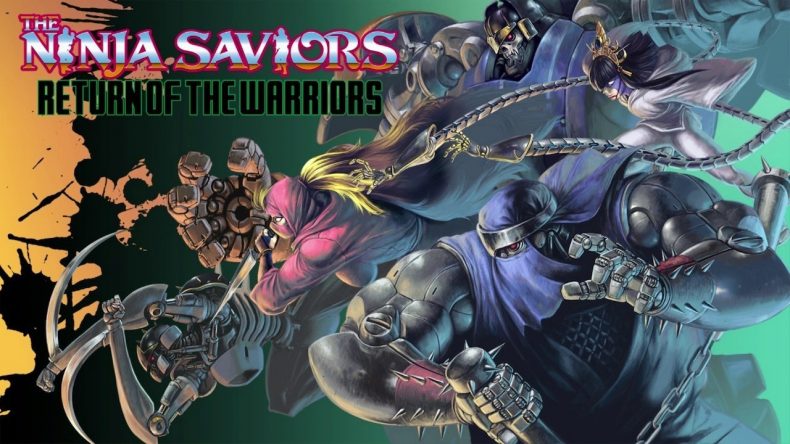 Sometimes you just need to play a game that allows you to beat the hell out of a herd of mindless enemies with lots of explosions and varied means of attack without having to think too much. The Ninja Saviors: Return of the Warriors is the perfect stress relief, and for something so simplistic it packs one hell of a wallop. Side-scrolling beat-em-ups were a big thing in the late 80s and early 90s. I grew up with them, with Streets of Rage being one of my all-time favourite gaming franchises, but over the years they’ve fallen out of favour. Every now and again we get a few pop up, but the days of struggling through Golden Axe or Battletoads have gone.

Thankfully, Taito‘s Ninja Warriors series has made a return in the form of this beauty of a remaster. Originally released on the Famicom, The Ninja Warriors Again was the second entry in the series, but now it’s taken on the form of The Ninja Saviors – same game with a different title (although in Japan it still shares The Ninja Warriors name). It’s filled with 16-bit era visuals much crisper than anything on the Mega Drive or Super Nintendo, and a brilliant soundtrack updated by Taito’s houseband Zuntata. The main premise surrounds three android ninjas that are tasked with saving the world from a tyrant, meaning you have to battle through eight levels filled with a range of different enemies. There’re female ninjas, guys in suits, Ken and Blanka look-a-likes, big robots, and army-type dudes who often tend to be nothing more than fodder before you reach the big bad boss at the end of the level, however, some will fire guns at you or throw shurikens in your direction adding some variety. Outside of the wonderful combat, there’re plenty of motorbikes, machinery, and crates that can be picked up and thrown at your enemies, and occasionally have a hidden health capsule inside.

In total there are five fighters you get to play as, each with different move sets that span a range of attacks. Kamaitachi was my favourite to play as, as he was agile, yet the swords strapped to his arms do plenty of damage. Ninja is a brute with great power if a little slow, and Kunoichi is the average fighter, who isn’t massively speedy, but she has great range and can get pretty good combos in. You’ll unlock two more fighters – Raiden and Yaksha – who also have a different approach, but if your favourite isn’t Kamaitachi we’re no longer friends. Despite limited buttons to use for attacks, there’re plenty of moves to execute, often making great combos in the process. Outside of the various moves each ninja can do, there’s handful of specials you can perform when you have a full battery, which is basically a bar that appears at the bottom of the screen that refills over time. The Ninja Saviors is plenty of fun to play, but by the time your really get into it, it’s all over. However, you can replay the stages again to try and beat your completion time, or check the online leaderboards and try and outdo others across the world.

If you’re looking for a beat-em-up to jump into and get familiar with almost instantly, The Ninja Saviors: Return of the Warriors is just what you’re looking for. The combat is surprisingly vast, and the old school feel has been brought to the present with beautiful visuals that make the sci-fi action aesthetic look amazing. It’s not the biggest game, and some of the bosses can be tricky to take down unless you’ve got the right warrior to take them on, but it’s still a top notch fighter.

Enemies are often just fodder
Too short
Bosses can be tricky

The Ninja Saviors: Return of the Warriors is a surprisingly dense beat-em-up that is lots of fun to play, and the old school aesthetic does it wonders.