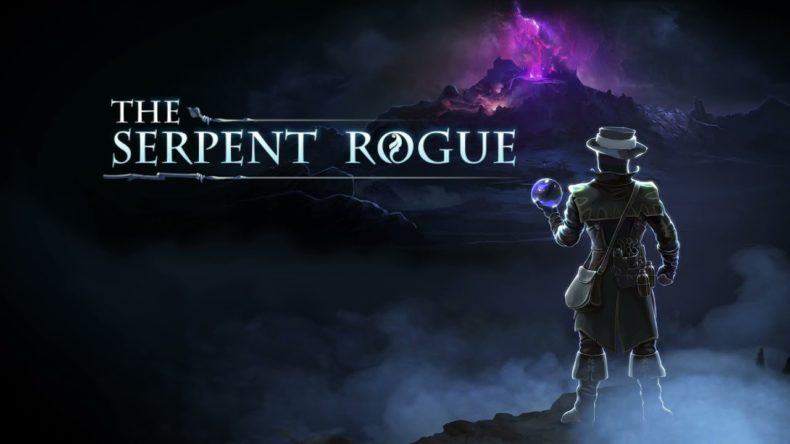 The Serpent Rogue is a procedurally generated botanical adventure set in a world on the brink of destruction, in the thrall of an ethereal entity known as Morbus. This dark, corrupting energy mutates wildlife, brings creatures back from the dead, and generally causes bad, bad things to happen. It manifests as violent storms that tear through the land on random trajectories, and force you to keep moving to stay alive.

As the Warden, Solomon, your job is to defeat Morbus and restore the world back to its former glory. It’s a dark and desolate place peopled by desperate individuals and stalked by dangerous beasts, but the more you investigate, fight and craft, the more you learn.

Picking herbs, defeating enemies, scavenging from dead bodies or digging in the earth will yield dozens and dozens of different ingredients and reagents with which to craft items, brew potions, and make meals. Essentially, your job is to explore the world, find and catalogue its wonders, and create better and better gear with which to battle Morbus. 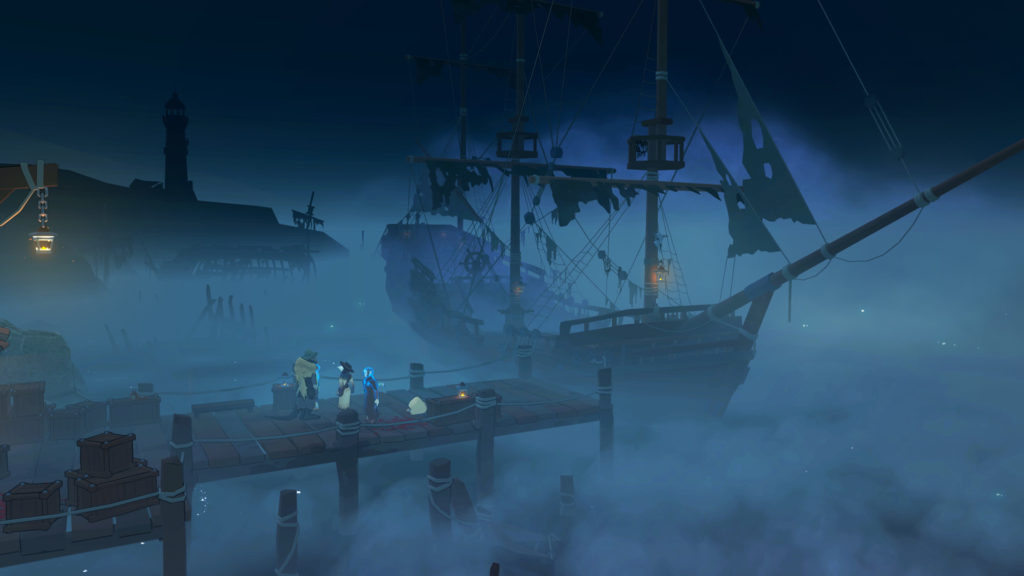 You do this by checking everything, from berry bushes to fish ponds, wandering animals to wandering monsters. Solomon can make weapons such as an axe, or brew various potions to increase defence or attack. Interestingly, some recipes you find will allow you to make transmogrification potions and turn Solomon into a completely different creature. Chickens are a particular favourite, though compared to a wild dog form they’re fairly useless.

Although the layout of the world is mostly predetermined the items, enemies and events within it are not. They occur at random and in any order. Sometimes you’ll spend a prolonged period of time out gathering ingredients and return to town to find it inhabited by friendly skeletons. Leave bodies behind and you’ll attract ghouls, while helping people out can have unexpected consequences. The world is shaped by you, to a certain extent, meaning everyone’s playthrough will be very different.

Death will respawn you in town and drop your carried gear wherever you fell. Though you can fast travel between areas without items or landmarks, finding specific things can be very difficult. If you spent the last moments of your life running away from something, locating your gear can be a challenge. And you will die running away quite a lot. 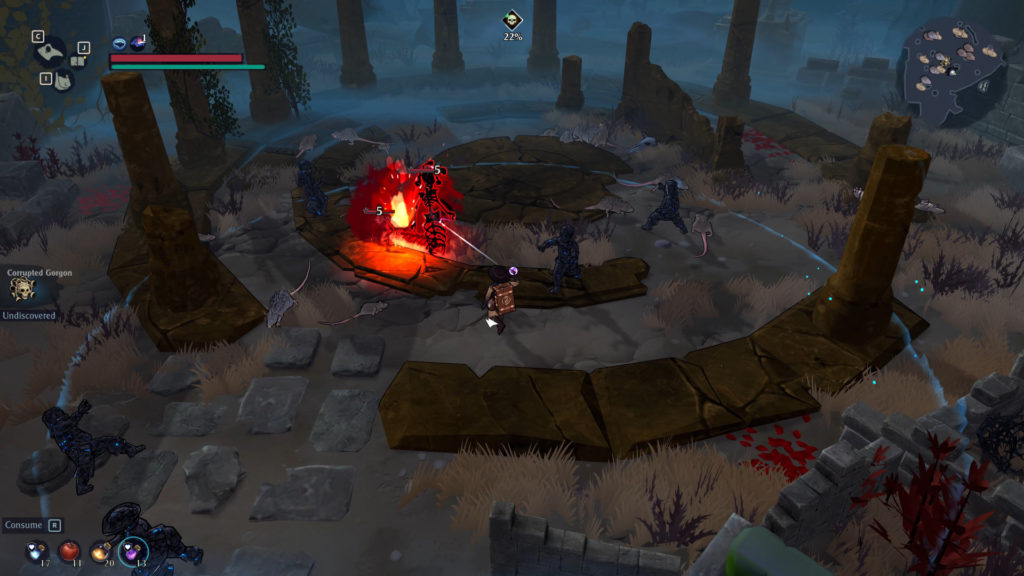 The combat in The Serpent Rogue is by far the weakest element. Solomon feels sluggish in a fight, his health doesn’t last long, and enemies have varied attacks. One early enemy that you must defeat to proceed has an AoE ground slam that I often struggled to get out from under because Solomon is so cumbersome to control. Weapons might as well be made from cream crackers, too. I’m all for weapon degradation in a game that prioritises crafting, but my axe managed to fend off three hyper-violent chickens and a small dog before crumbling to dust in my hands.

You’ll find weapons scattered about or can craft them, but initially your backpack weight limit will allow for maybe one spare. You don’t have to carry heavy things around like a portable lab, but having one in the field is so incredibly useful that leaving it behind made me feel under-equipped even for a trip to the loo. At various times you may come across animals you can tame, who will then join you as a companion – some can even be ridden to speed up exploration. Perhaps unsurprisingly, you can transmog them as well, should the need take you. I mean, it’s for science.

The Serpent Rogue reminded me of Don’t Starve in places, as there’s just so much to find and collect and utilise. You need to research items to discover their full effects, so you can’t just find something and use it. An in-depth journal keeps track of what you find and research as you explore, and comes in super handy as the sheer amount of reagents mounts up. 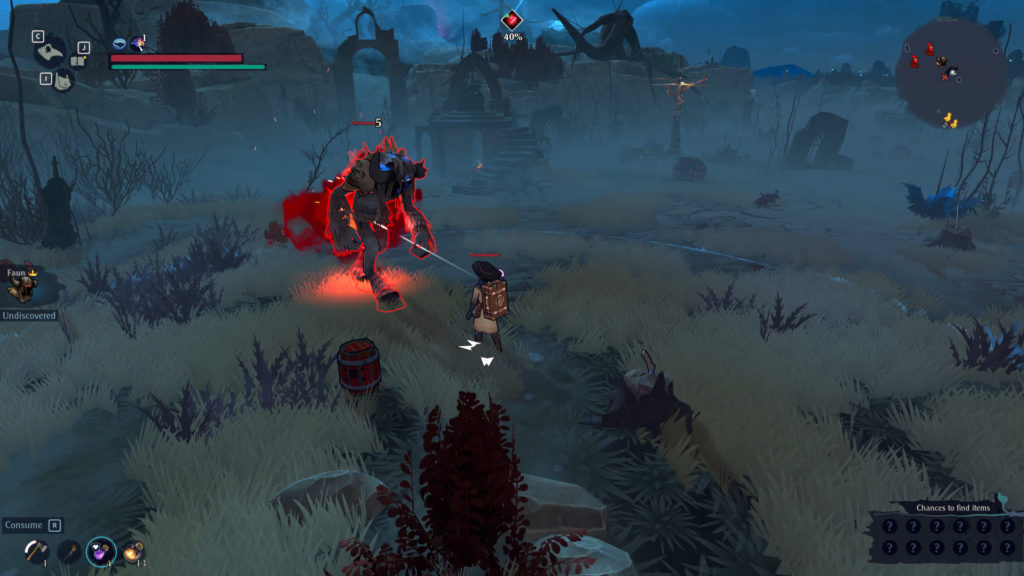 Aesthetically it’s a simple game. There’s not a great amount of detail in environments or character design, yet The Serpent Rogue does a lot with what it has. The muted pallet, all greys and blues and browns, creates an atmosphere of miasma that’s hard to ignore. Animations are fairly rudimentary in most cases, but they do the job well enough.

A strong emphasis on preparation adds a level of depth and tension as you decide what best to take with you into the unknown and struggle over what to leave behind when the time comes to head back to the nearest point of respite. It may not be the most exciting game, but it takes the crafting and survival elements to another level for such a cartoonish adventure.

There’s never a moment where you’re not finding something new, coming across an environmental puzzle, enemy to battle, chest to open, or recipe to learn. If you’re into crafting and gathering, steep challenge and risky exploration, The Serpent Rogue is a concoction worth tasting.

Combat is poor
So much feels obscure
Systems are fiddly

If you’re into crafting and gathering, steep challenge and risky exploration, The Serpent Rogue is a concoction worth tasting.