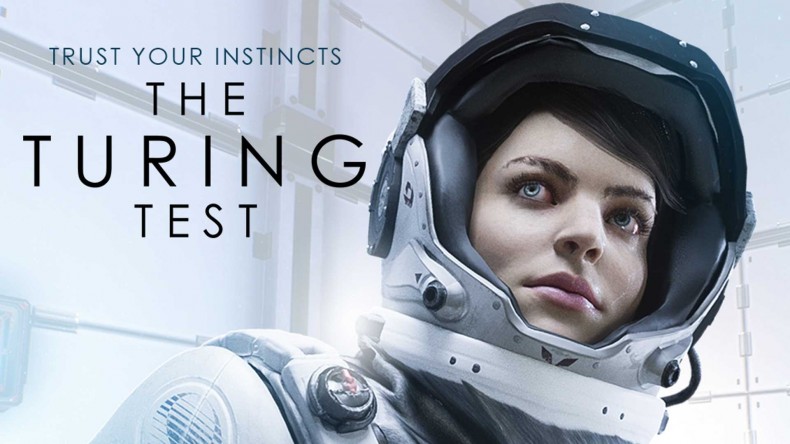 Say the words “first person puzzle game” to anyone, and chances are the first thing they’ll think of is Portal, Valve’s seminal sci-fi masterpiece. And rightly so, as both Portal and its sequel are genre-defining games. What most people probably won’t think of, though, is a little title called Pneuma: Breath of Life, which hit the Xbox One last year.

In Pneuma you were a godlike entity discovering the world for the first time, learning to manipulate its energies and experience its intricacies, something achieved mostly by solving environmental puzzles in a largely lifeless, though very pretty, world. Developer Bulkhead Interactive has now returned to the genre with a game that seems to combine Pneuma and Portal into a more engaging affair than its previous attempt; one that may never reach the heights set by Portal but which occasionally comes close. The protagonist and player character for much of the game is Ava Turing, an astronaut and scientist who wakes from hyper-sleep aboard a research vessel in the orbit of Jupiter’s moon, Europa. The rest of her team is missing, with several presumed dead, somewhere on the frozen moon’s surface. Guided by the lab’s artificial intelligence construct, known as Tom, you must lead Ava through the research base and uncover the mystery behind recent events on Europa.

Designed as a collection of interchangeable modules below ground, the base itself has become a maze. Tom informs you early on that the team have rearranges the modules, though he doesn’t know why. Your primary task is to get through the lab by unlocking each successive module, usually by solving a puzzle to power the door. The path through the game is very linear, and while it’s often taxing, you’re never unsure where to go next and the puzzles themselves rarely frustrate.

This is primarily because they’re designed around non-lateral thinking, hence the reference to the Turing Test. The idea is that a machine couldn’t solve these puzzles, which mostly involve transferring power between different nodes using the Energy Manipulation Tool. Solutions are rarely obvious until you stop trying to find the most logical answer and instead look at the puzzle for what it is. It’s tricky to explain, but in practice it’s an effective design method. Less effective is the fact that you can occasionally exploit the level design to leap a gap you shouldn’t be able to, or find an angle on a node that lets you rob its energy from outside the room. Confusingly, these don’t feel like you’re cheating because you’re supposed to be thinking outside the box, but it’s still not technically following the rules.

As the story progresses – told mostly through Tom and Ava’s conversations or audio logs – you’ll come across new mechanics at a steady, satisfying pace, which makes the 8 – 10 hour runtime seem shorter than it is. There are moments that make little sense, like why you have to work so hard to open a door when there’s an open window beside it, and Ava can’t climb anything when she’s clearly able-bodied and some of the power blocks you carry would make excellent steps, but on the whole the puzzles are fun, varied and fast-paced enough to remain fresh throughout.

More interesting is the story itself. There’s a genuine mystery at work here, one that always feels that it’s leading you towards the discovery of something terrible and life-changing. Many times, the story references a new life-form recently discovered on Europa, or hints at grizzly fates that may have befallen the team. Unlike Portal, The Turing Test eschews dark humour in favour of something that feels more deliberately sinister. Tom reminds me of Michael Fassbender’s android David in Prometheus: functional, pragmatic, and coldly, creepily efficient. His relationship with Ava is that of a scientist who has grown fond of a test subject, who discusses his role and his work as though justifying it. You rarely feel as though your choices are your own, as Tom’s ready advice combines with the linear path to funnel you from place to place, discovery to discovery.

What The Turing Test proves above all else is that Bulkhead has great potential as a developer. This title builds upon Pneuma in every way, and the scripting and voice acting is exceptional. The atmosphere is never less than moderately unsettling, the mystery intriguing and compelling enough to always be pulling you on. It lets itself down now and then by being a little easy to exploit, and there are moments where you’ll wonder why Ava can’t just climb something or break something to keep going, but it’s a competent, if somewhat subdued, adventure from start to finish.

A steady puzzle game elevated by its story and mystery that's never quite original enough to stand out.