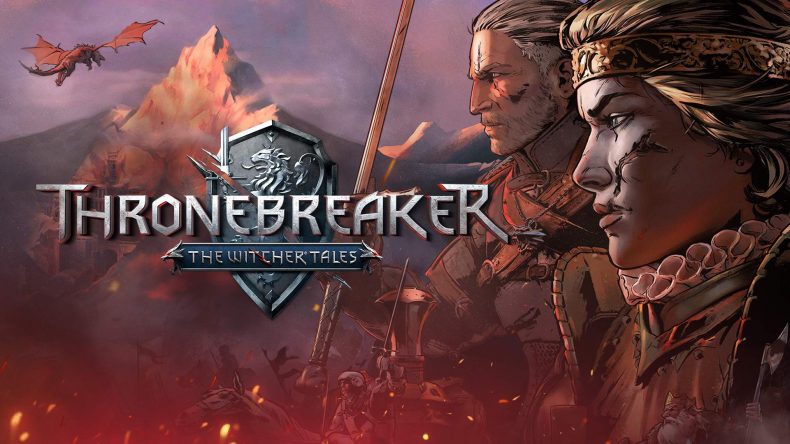 Switch Re:port covers the Nintendo Switch port/version of a game newly released on the platform. Thronebreaker: The Witcher Tales was originally released on PC, PS4 and Xbox One in 2018 and scored 9/10.

With Henry Cavill’s TV adaptation crowned the most watched Netflix show of 2019, and the enduring, seemingly indefatigable popularity of CDProjektRED’s games, it’s safe to say that Andrejz Sapkowski’s fantasy phenomenon is going to be around a while longer. But as the games industry in particular showed last year, there’s more to the world of the Witcher than protagonist Geralt of Rivia or his distracting pectorals. The CCG spin-off Gwent, based on The Witcher 3‘s addictive, time-wasting mini game, did decent numbers, and now CDPR’s Thronebreaker: The Witcher Tales has made the jump over to Nintendo Switch, following in the footsteps of The Wild Hunt a few months back.

Thronebreaker is very different to the main series, swapping out fast-paced action for a compelling combination of exploration, troop management, and Gwent. It sees you in control of Queen Meve of Lyria, facing the reality of an inevitable invasion by the forces of Nilfgaard (it’s always bloody Nilfgaard). As Meve, you’ll move across the land with your army in tow, facing monsters and enemy platoons in skirmishes and large-scale clashes. Combat takes the form of a CCG, one almost identical to Gwent (even using most of the updated ruleset), as you and your opponent pick and play cards in an attempt to outmanoeuvre one another. To the uninitiated it seems almost hellishly complex at first, but the tutorial is succinct and easy to follow.

But even if the card-based combat wasn’t on-point, the incredible writing and acting would carry it through. Bolstered by a fantastic supporting cast of allies and enemies, Meve navigates a lethal world of pitched battles and political skullduggery, bringing a depth of character rarely seen in TV shows let alone games. Her dry, no-nonsense attitude exudes power, but she weathers the trials and tribulations of both ruling a nation and spearheading a defending army with a rough grace that makes her extremely likeable even in the face of tougher choices.

I always complain about Switch ports that come over to the handheld without touchscreen functionality, buy the truth is the nature of the combat and exploration in Thronebreaker make them both an excellent fit for a touchscreen UI, but it’s sadly not present. It’s a preferential thing, though, and it doesn’t take anything away from the experience as a whole.

Between combat, Meve travels the byways and roads of Lyria collecting resources in the form of wood, gold and troops. Sidequests are offered here and there via fully voiced exchanges, and the more good you do and resources you collect, the happier your army will be. There are choices to be made throughout, the outcomes of which will determine morale.

In handheld mode the overworld appears beautifully crafted, while each illustrated card is full of colour and detail. Character models in cutscenes are well-drawn, and the voice acting is impeccable. It loess nothing in terms of sound and aesthetics, and feels completely at home on the Switch.

If you’re reading this at all, the chances are you’ve been exposed to the world of The Witcher on some way or another, and if you’re a fan of that world then not only is Thronebreaker: The Witcher Tales a great game in its own right, but it’s also a worthy entry into the franchise and lore that provides as much intrigue and excitement as any of the other offerings.

Not only is Thronebreaker: The Witcher Tales a great game in its own right, but it's also a worthy entry into the franchise and lore.

Cyberpunk 2077 development is in full swing