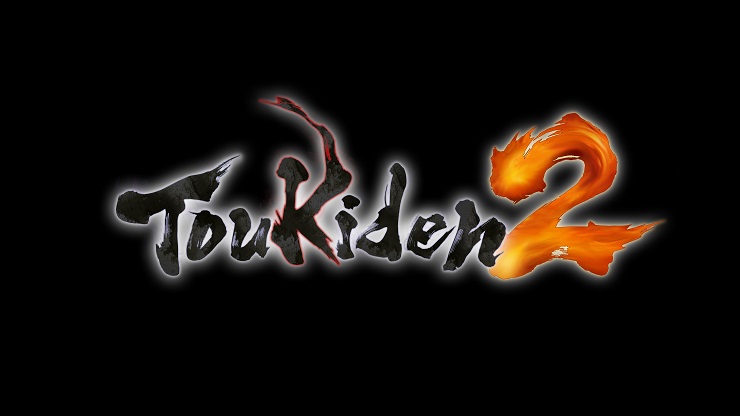 Set in a period of traditional dress, samurai and comfortingly big ol’ weapons, your initially nameless hero in Toukiden 2 is thrown into the thick of the heavily mythological action as the Oni (think big devils that what to mess people up) suddenly reveal themselves to humanity and launch a full-scale attack on the town of Yokohama. Having crafted your own demon slayer in a fairly extensive character creator, you engage the Oni in combat, but before you can say “Introductory Level”, your character is thrown ten years into the future by a powerful giant, because we always need a nice round number for these things.

You awaken in Mahoroba Village, with no memory of your past beyond your recent spiriting away. A local professor and her small robotic assistant take you in and enlist you to help in the fight against the Oni, who, you learn, decimated the country’s population during your absence and have little interest in anything other than bashing the hell out of what remains of humanity. Your task, as a Slayer, is to enter the Otherworld inhabited by the Oni and purify the local lands, whilst handling a combination of side quests, exploration, combat and the village’s intriguing political situation. Mahoroba acts as your base of operations during proceedings, so expect to find your standard Item, Armour Crafting and Restaurant stops within its historic walls. Your supporting cast, initially just the aforementioned professor Hakase, and her sharply spoken mechanical minion Tokitsugu, grows to encompass a suitably contrasting group partly featuring local guards and samurai. There’s an interesting political subtext with those two groups, with the latter referred to as Outsiders, and everyone else in town as Insiders; guess which group is persecuted. This makes for a rather interesting dynamic within the group, with the gang constantly bickering with each other during text-heavy cutscenes. That’s only occasionally punctuated by a few moments of genuine warmth thanks to some emotional story beats, with the main narrative itself far from stellar, but it moves the game along nicely enough without dominating the action.

It’s the action-centric combat that takes the focus here, and that’s something of a mixed blessing. Due to the sheer number of weapons on offer, there’s a comforting feel of flexibility in terms of how your Slayer can approach bashing, slashing and mashing their way through the game’s many enemies. Amongst others, there’s your typical fodder in the form of Imps: female/snake hybrids that owe a debt to Medusa and giant humanoid eagles. A quick click of R3 will point out each enemy’s weak points, which you can target at will, with battles in the field frequently ranging in length from seconds to five-to-ten minute encounters.

It’s a stretch to say that carrying out most of the game’s attacks feels particularly satisfying, though. Thanks to Hakase’s patented Demon Hands, you can launch yourself through the air at your foes and smash down on them, which feels and looks great, but general attacks lack an essential oomph, with the reactions of your enemies feeling quite stilted and your hits feeling a little hollow. Especially when equipping something heavy-hitting like a mace or hefty gauntlets, each encounter can feel slow; sure, the targeting system works fine, but if your enemy ducks out of the way of your swing, or even just moves slightly, then prepare to sit through the entirety of some particularly slow attack animations. Attacks drain your stamina bar, which fills up quickly enough,  and the aforementioned Demon Hands add a bit of flair to a system that feels a bit stilted at times, even with the array of weapons. That doesn’t stop combat from feeling a bit rigid, however. Developing your character is kept fairly simple, with the ability to forge new, more powerful weapons and armour on offer to increase your attack and defence with the absence of any personal levelling system. You can also equip Mitama, the ghosts of old warriors, to your Slayer to develop supporting abilities to help you in battle, but that frequently feels somewhat arbitrary, given that the majority of abilities don’t feel like they have much of a noticeable effect. That’s partly because the other three rotating members of your travelling party are so adept at their jobs; maybe a bit too adept, to be honest. They’ll dutifully follow you in any direction you go, but if they’re set to attack, then they will plough through any enemy that they get near, and even perform the Ritual of Purification, when you pray over the corpses left behind to make sure they don’t return, for you. It’s odd; for a game based on the slaying of demons, there’s a distinct lack of empowerment in some areas of Toukiden 2, and the ease at which your party can take down enemies without much input from you when exploring the field can undermine your presence. You can frequently wander around fields and let your supporting cast fight away while you search for objectives and items.

There’s still plenty to do in this world, at least. You can send small robots named Machina out into the field to pick up resources for forging, you can take on side quests, battle your way through dungeons with a series of boss battles or just wander around the map picking fights and searching for collectibles. Standard stuff, sure, but the variety on offer is welcome, as is the ability to teleport from portal stones and dash around the map like The Flash thanks to fast-dash. Joint Operations will spring up from time to time where you can aid fellow Slayers online. At the time of writing, these quests were populated with NPCs who simply followed you obediently each time you downed a foe that they were facing, but the idea behind it seems solid enough; run into other online players in the field, help them out and grind out some battles together.

Toukiden 2 isn’t a bad game at all; it’s one that makes some interesting decisions with the demon-hunting JRPG template and doesn’t take itself so seriously that its story feels cumbersome or overly serious. But its combat doesn’t hit hard enough to feel consistently enjoyable, and given that fighting demons is what you’ll spend the majority of your time doing, that’s a problem that the game can’t overcome. Still, if you fancy a trip through a heavily historical vision of Japan with a varied cast and a good chunk of stuff to do, then Toukiden 2 will likely scratch that very specific itch.

Toukiden 2 is a well-crafted action RPG with plenty to do, but its combat doesn’t quite hit the spot.

Wo Long: Fallen Dynasty is coming in March 2023