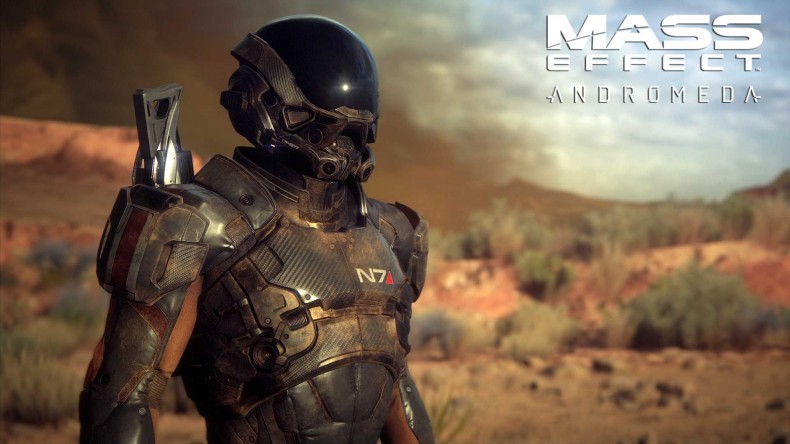 When I waved goodbye to the original Mass Effect trilogy, I had a familiar feeling of emptiness – that barren heart we all tend to harbor when something we become attached to ends. Finality is a painful mistress, and with such a brutal and somewhat questionable ending to Mass Effect 3, many were left wondering if that’d be the last time we would get a chance to try and pork a Krogan.

I’m not going to lie – Andromeda’s announcement had me worried, but at the same time, overwhelmingly excited. I adore Mass Effect, yet, bringing anything back from the brink can sometimes prove costly. After all the build-up, trickling of news stories and seldom footage, this past six months has moved pretty fast, with cinematic trailers and gameplay demonstrations galore; the time has come to step into BioWare’s sprawling space opera once again, but is it worth revisiting? The story takes place much farther into the future than the days of Shepherd, Garrus, and Tali, as the Ryder twins are tasked with finding a new galaxy for the remnants of the human race to settle on, rebuild, and reproduce. The Andromeda galaxy is full of danger, as new alien foes, the Kett, plan on wiping out all forms of life, whether you’re human, Turian or Asari. You are the Pathfinder, and it’s your mission to do all you can to give your people hope, and take out this mysterious new threat, led by the evil mastermind, Archon. The story has many twists and turns, and most of the time it’s your choice what happens, being the Pathfinder and all. Obviously, there’s a definitive path, but you’ll be making plenty of tough calls, such as whether to save one soul over another, and at times, many more.

Race plays quite a role, too, and there are still those deep-seeded feelings of hatred as far as the Turians, Salarians and Krogan go (remember the genophage?), and even the humans get a tough ride, but it is the characters that really shine through in Mass Effect: Andromeda, and how your team all rally together throughout all the adversity felt in the Helius Cluster. Once more, it is the female lead who seems to have the better voice acting; Scott’s fine, albeit sounding like a watered down Nolan North. It is your team who stand out as the more interesting of characters, including Drack the Krogan, Peebee the Asari, and Jaal, of the new alien race, the Angara. Dialogue options are slightly different this time round; there is no longer a Paragon and Renegade choice. This time, your responses don’t necessarily shape whether you’re good or bad, but what kind of person you are: somebody that sides with logic over emotion. It feels much more natural, and the responses are quite different, giving your character much more range, and giving them a more unique personality than before.

Controlling your preferred Ryder twin is a whole new kettle of fish, and combat has been both expanded and streamlined, making intense shootouts both tactical and explosive. You can use your jetpack to jump higher than normal, hover for a short amount of time, and also dash out of the way for a huge advantage. You can combine all three as well, which means jumping, hovering and evading in mid-air. As long as your weapon is drawn, you’ll duck and hide behind the nearest cover along with the option to face the left or the right depending on which direction you want to aim your gun. There are lots of fight sequences and enemies coming from all angles, so don’t expect to find sanctuary behind the same rock throughout the duration of a gunfight.

Many of the fights can last in excess of fifteen minutes without saving, so move constantly, plan effectively, and fire with reckless abandon. Controlling your squad is much easier: pressing left on the d-pad sends one to the left, right will send one the other way, and pressing up on the D-pad will send both squad members to the desired location. It puts the focus on accessible combat, and you’ll notice the benefits from the first few battles on Eos. You can choose between three weapons to take on missions, and each weapon can have modifiers to equip (it’s worth noting mods can only be equipped on the loadout screen). It may not be the Normandy, but the Tempest acts as your safe haven – your hub, and from your ship you can research new weapons and develop them providing you have the right materials to do so. You can also get yourself new armour this way too, by researching the blueprints of your choice. It’s a detailed system, but it makes everything feel less arbitrary and more personal to your adventure. When exploring the Helius Cluster, you can use your scanner to scan highlighted sections of the environment, and they will attribute research points to either Milky Way, Remnant or Kett technology, each with its own perks and varied styles.

When not on a mission, many of the planets can be explored, and the wealth of options as to how you do this is staggering. Travelling around in the Nomad is smooth, fast and easily controllable (think Halo’s Warthog), providing excellent handling and more. Its ATM (all-terrain mode) allows you to climb steep terrain at the touch of a button without breaking so much as a sweat. Some of the planets are massive, and they have a wide range of biomes to contend with. Snowy planets can cause you to freeze, other planets will be full of radiation, so making sure you remain in the Nomad is a priority; Forward Stations drop as you explore, and they will allow you to repair and resupply as you go. By exploring planets, solving missions, recovering minerals and more, you’ll increase the viability level of each planet, meaning you’ll be able to build a settlement there, however, don’t expect to do this easily, as some of these planets are home to some very mean, monstrous individuals. There is so much to do in that it’s tricky remembering everything. Much like Dragon Age: Inquisition, your journal will fill up with a wide range of quests, including main missions (Priority Ops), Helius Assignments (non-essential quests), and missions of personal importance to your crew. There are also Strike Missions which can be done through the multiplayer, or similarly to the way Metal Gear Solid V did with sending recruited soldiers on combat missions, and they’ll give you certain rewards for completing. By upgrading the Nexus, you earn Cryo Points, and these will wake up sections of the 20,000 humans currently in stasis, sending them to work on science, military, and commerce.

Upgrading plays a massive role and it’s more adaptive than before. Instead of choosing one class from the offset, you can change as you go (now known as profiles), and there are several in total including Soldier (combat specialists), Vanguard (beasts in melee), Adept (biotic masters), and Explorer (a balance of all abilities). When you spend your Skill Points, new abilities among the three types (combat, biotic, tech) can increase your profile. There are so many skills to choose from and you have to select three of them. When you find your favourites, they can be combined to dish out some pretty brutal attacks, all without firing a gun (biotics, I’m looking at you).

Mass Effect: Andromeda is incredibly ambitious, and for the most part it succeeds, but it’s not without its problems. If you’re a stickler for every story detail, it’d be beneficial to stand completely still when anyone talks out on a mission. I lost count of the times dialogue cut off when talking to my squad or SAM (the AI hardwired into your head) and I missed potentially vital information or an interesting tidbit. I also found mission markers on planets or on the Galaxy Map misleading at times, occasionally making it unclear where I needed to go.

Technically, Andromeda processes a heck of a lot of information, and at times I had framerate issues (on a standard PS4, the issue is lessened on a Pro, but we had issues there too), and the environment needed to catch up with itself. It didn’t happen a lot, but it’s certainly worth noting. Visually, it’s stunning and the environments you encounter are so fastidiously designed. Lighting is a strong point, and so is the attention to detail in almost every setting, whether that’s the Angara’s home planet, or at home on the Nexus. In regards to all the backlash on poor facial animations, I didn’t even notice, and the whole thing has been blown completely out of proportion. I’m not saying characters like Addison aren’t wooden, but that’s partly down to the voice acting and her character’s general uptight persona.

It’s so good to have Mass Effect back in my life. Much like the original, it’s setting up a new frontier in a separate adventure for the human race, and the characters have plenty about them to care for. You can fall in love, have sex, and more, be it a romantic entanglement or a quick fling, and if that’s your thing, delve right in. The voice acting sometimes leaves a little to be desired, and some responses fall flat, but there’s nothing new there. Fundamentally, if you loved the original trilogy, there’s plenty here that feel familiar, as well as giving you so many missions to do, people to do, and adventures to have.

A welcome return to Bioware’s space opera, introducing great characters, an interesting story and some fantastic designs, always providing things to do.