previous
We Are Football review
random
next
Ninja Gaiden: Master Collection review
1 like 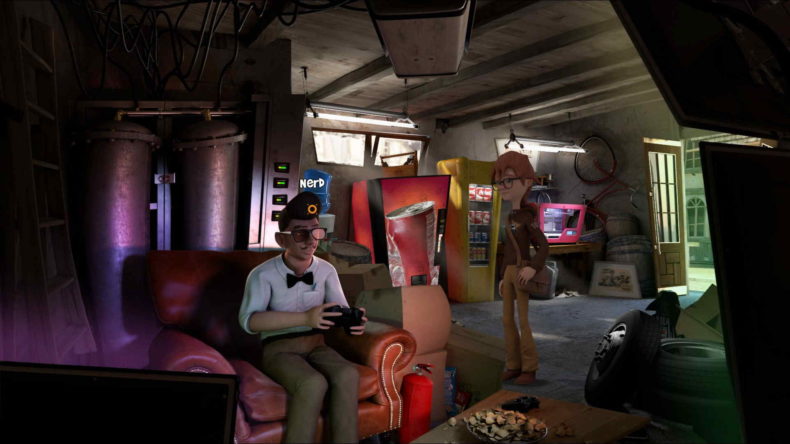 The golden age of point and click adventures like Willy Morgan and the Curse of Bone Town would be the Lucasarts-laden 1990s. But there is still very much a place in the world for a decent stab at the genre. The Professor Layton and Ace Attorney series, nerve wracking likes of Virtue’s Last Reward and the natural Lucas successors Telltale Games efforts have taken the ideas present in the OG bangers. But they use clever and innovative new approaches towards what a point and click can be. Or maybe evolve into melting pots of stories, puzzle solving and visual novel.

Consoles like the DS family, mobile devices and indeed the Switch lend themselves well to immersive touchy-feely detective work. You can already play many of the classics very easily on modern hardware. Can this Switch version of Willy Morgan & The Curse of Bone Town join the pantheon of investigative greats?

Willy Morgan and the Curse of Bone Town: Moonlit streets

A brief introductory sequence whooshes you through some kooky moonlit streets. The story doesn’t waste any time whatsoever in unfurling. You play the titular Willy Morgan. He’s a generic bespectacled kid who discovers a letter from his father – a 10 years MIA Indy-style explorer – explaining that he needs to come and find him in oddball pirate haven Bone Town. Rather than play out the throes of separation anxiety related trauma and shock at this sudden missive from his presumed dead old man, Willy takes it in his stride and cracks straight on with the instructions. You are given a brief skippable tutorial that shows how to execute the exploratory commands and the handy fast travel mechanic. 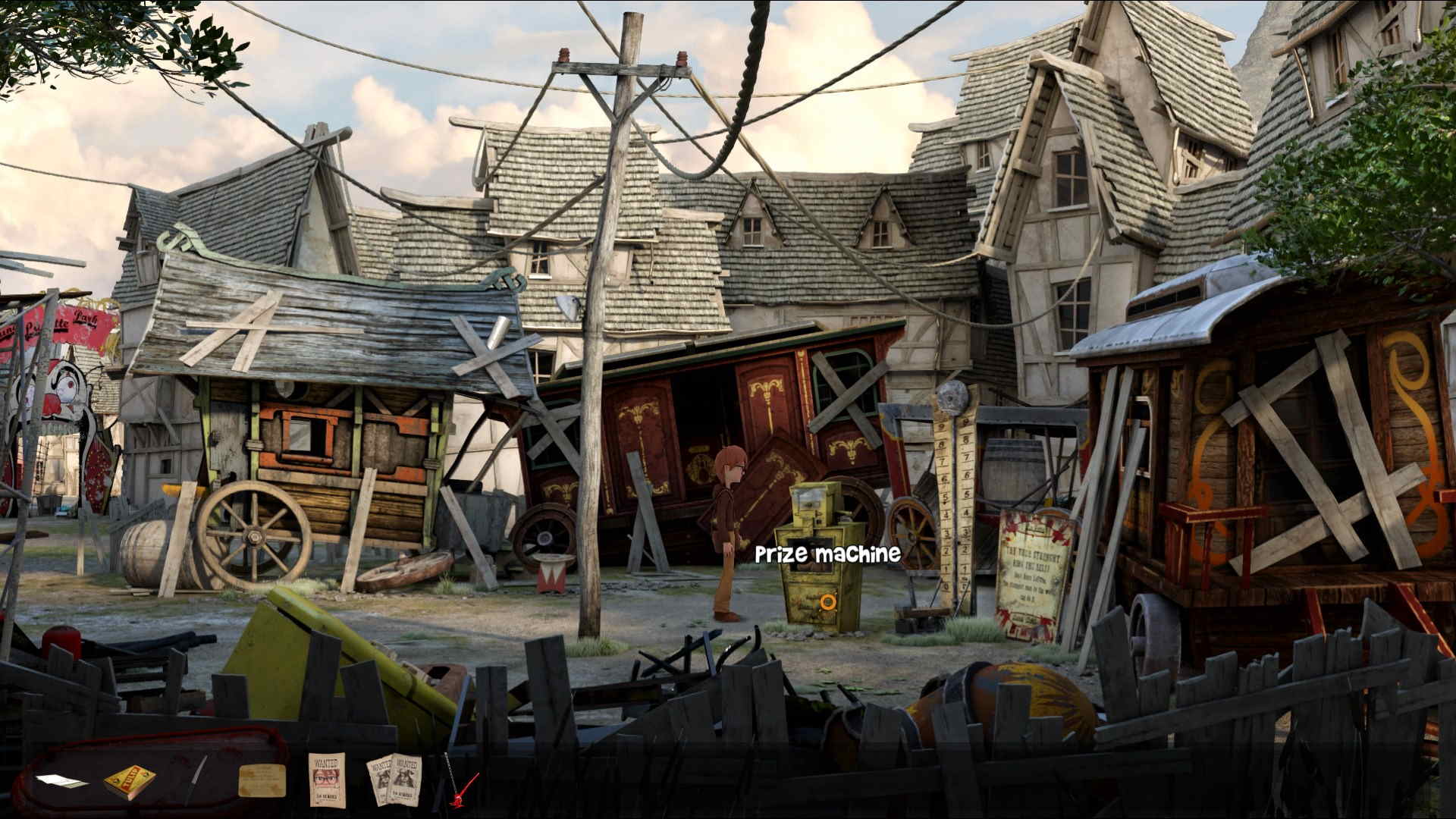 It is simple to move around the whimsical, warped cartoon dioramas that you are tasked to explore. The settings are richly detailed, and look great. Yet there is a sense of familiarity, a nagging feeling that you have seen it all before. It is all so formulaic. The pirate inhabitants of Bone Town have been done better, bolder and funnier before. The jokes often fall flat. The dialogue is average. And the payoffs to any mysteries are crushingly average.

An adventure of this type lives or dies by the quality of its puzzles. Something like a Professor Layton could have a lukewarm plot. But is still guaranteed to give a plethora of top tier brain teasers. A Monkey Island offers logical conundrums and entertaining quests. It couples this with world class comedy storytelling. Willy ends up with ball-aching tasks that can be accurately summed up by the very first job you are given. Which is to assemble a bicycle from parts hidden around the family home. 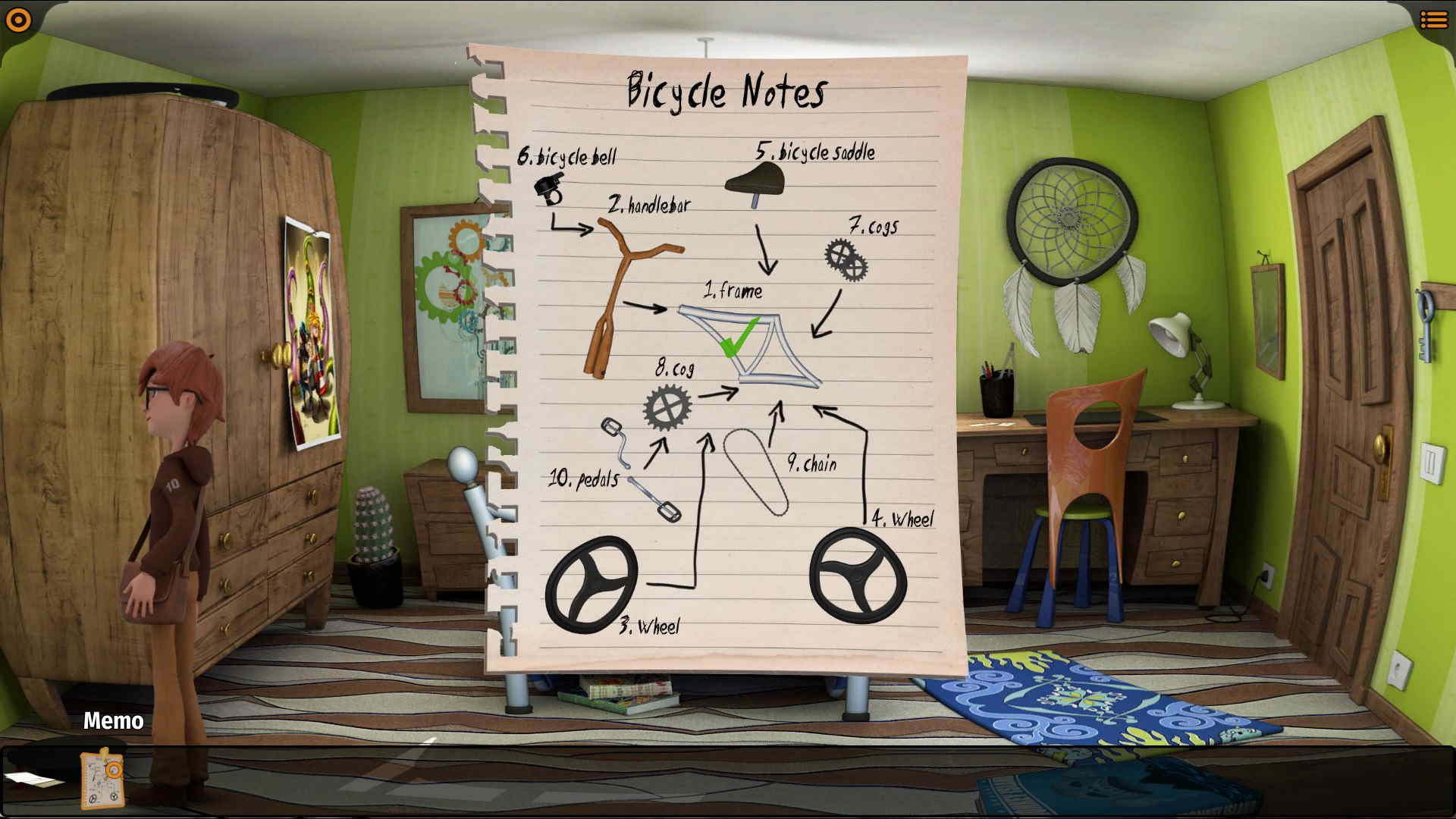 Conventional logic goes out the window straight away. Bike parts appear in unrealistic places like inside a dream catcher. This one can only be accessed after such obtuse acts as heating up suntan lotion, using a lamp. Getting the darned bicycle is far too laborious and led to me having to consult an online tutorial to work out what I was supposed to do. This is not a good sign. In fact, the opening puzzle is so bonkers, that it will put less patient fans off immediately.

As you work your way through the game, it becomes apparent that as most puzzles can only be solved with one specific item. You spend time simply cycling through your inventory trying everything until you hit the correct option. There is no sense of mixing things up with multiple possible workarounds. Everything follows a strict set of rules, and it becomes boring and frustrating. 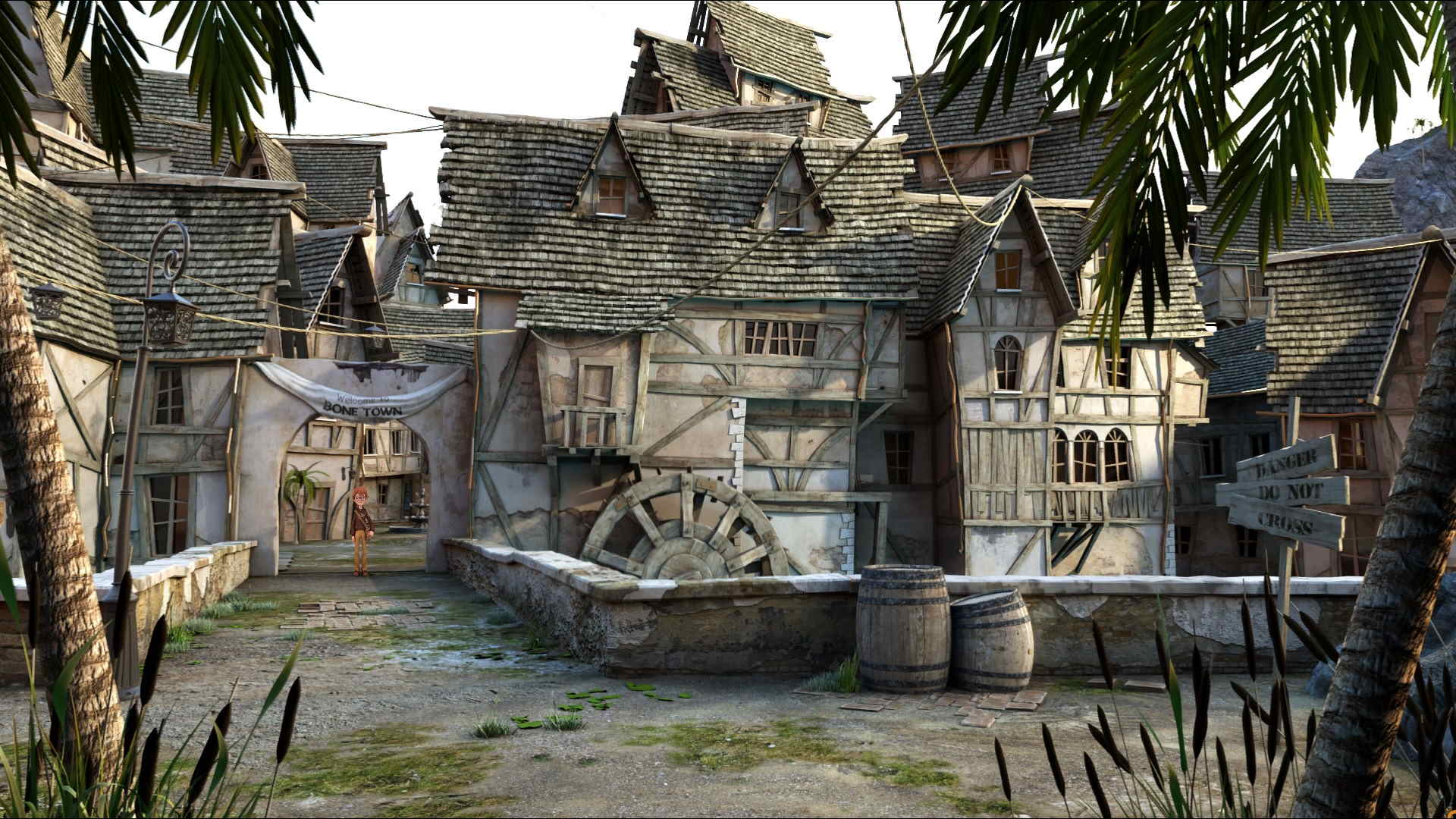 Once you get out into the wider Bone Town world, things pick up a bit. The characters you meet give you much needed hints as you potter around the nice pre-rendered nautical bolthole. An element of threat creeps in as the baddies catch up to Willy’s quest. Yet despite the often poorly-constructed logic puzzles, it starts to feel like something cool might happen. Sadly just as it feels like they could be heading somewhere, the game absolutely shoots its load in the final sequence, with a disappointingly abrupt ending.

Willy Morgan and the Curse of Bone Town: Better elsewhere

This is a game that will provide a mild diversion for fans familiar with the genre. However, it is far too simplistic in some areas, and downright oddball-confusing in others. It has a plot and cast unlikely to excite, and to ensnare any new converts. I just want more from a game of this ilk in 2021, especially given how well it works on the hardware. 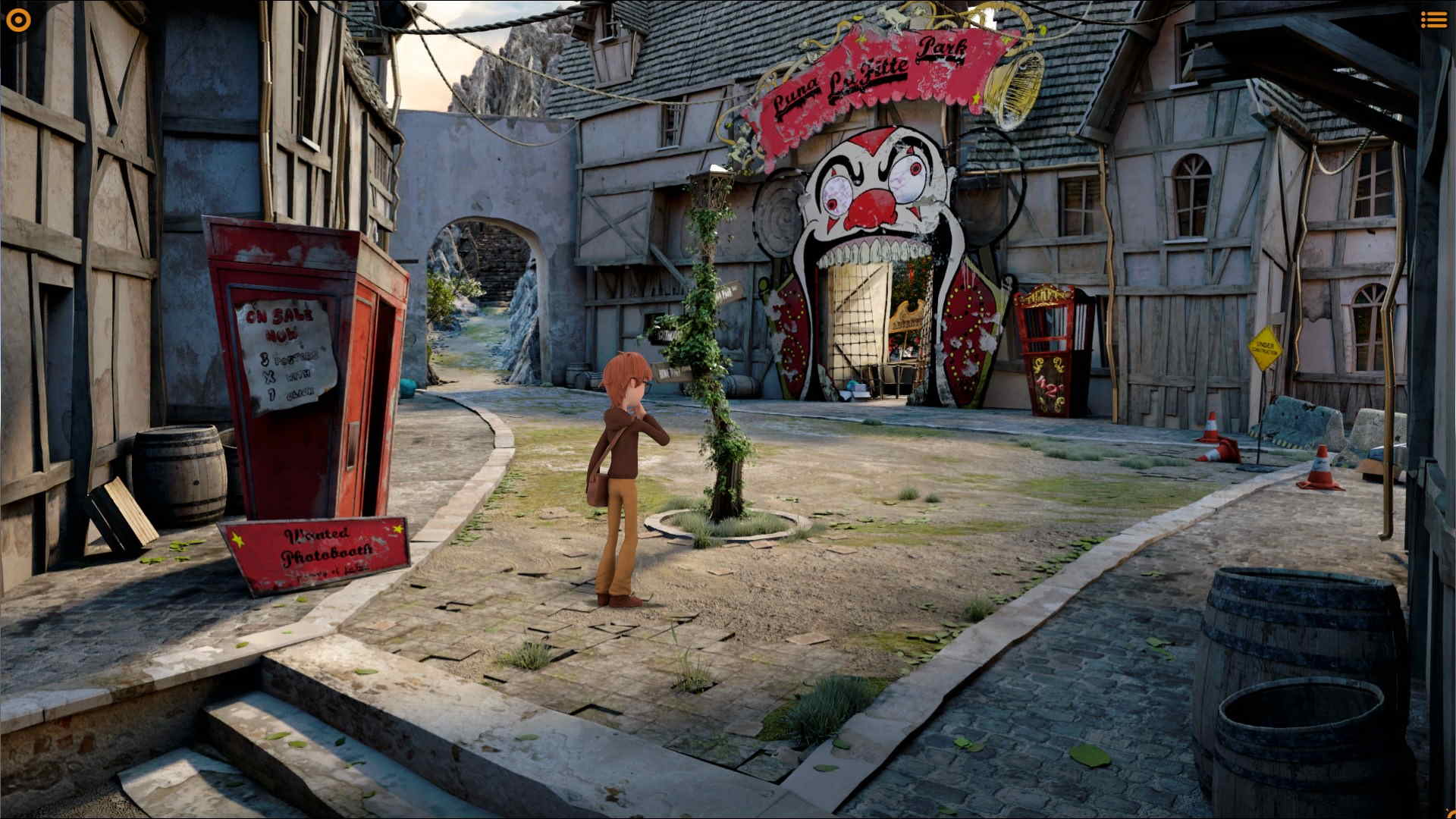 This is a shame, as the developers have brought strong production values and a degree of artistic flair to the table, it has a lovely synth driven soundtrack, and everything feels wholesome and thoroughly admirable. Switch wise, there are simply far better options available, and as such this cannot be recommended as anything near to the best the console offers.

Obscure puzzle solutions
Dull and over familiar
Over quickly

There are simply far better options available than Will Morgan and the Curse of Bone Town, and as such this cannot be recommended as anything near to the best the console offers.