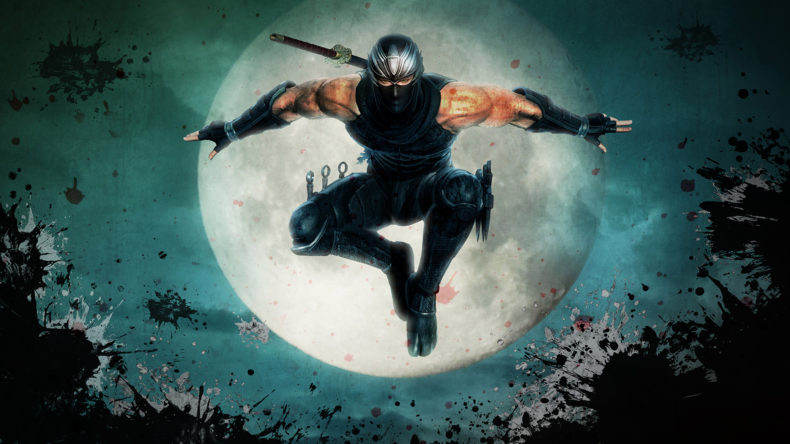 Ninja Gaiden has always been a favourite series of mine. Fast-paced and acute violence, batshit crazy storylines, and over-the-top action. Whatever each game threw at you, it was always guaranteed you’d have a blast playing them. Team Ninja has re-released three of the very best, with 4K resolution, 1080p, and 60fps on PlayStation 4. Although they came out some time ago, each one holds up well, with the latter of the trilogy feeling just as sharp as it did back in 2012. Ninja Gaiden: Master Collection is everything I wanted it to be.

One thing that became clear whilst playing Ninja Gaiden: Master Collection was the clear evolution of the series. Ninja Gaiden Sigma was tough, and even facing the first proper boss, dexterity and concentration were pushed to the limit. It was ahead of the game when it released. It still plays well, but when comparing it to the other two games, it does show its age in some ways. Visually, it isn’t as sharp or as crisp. Even with 4K resolution, textures are weak. Gameplay is superb, though, and whilst it isn’t advanced as NGS2 or Razor’s Edge, it’s still easy to get into.

Ninja Gaiden Sigma 2 is a huge step up for the series. Attack combinations advance far beyond the light and strong attacks. As new weapons and skills are introduced, Ryu Hayabusa becomes such a badass. Perfecting all of Ryu’s attacks take time. Even after spending hours with his famed Dragon Sword, you’ll still find nuances in the parry and block mechanics, as well as how best to approach your enemies. Severing limbs make enemies more unpredictable, so finishing them off first is paramount. Unlike the first, NGS2 is a dance of death and destruction, solely constructed by every swing of your blade. It also comes with four difficulty levels which crank up the action tenfold. 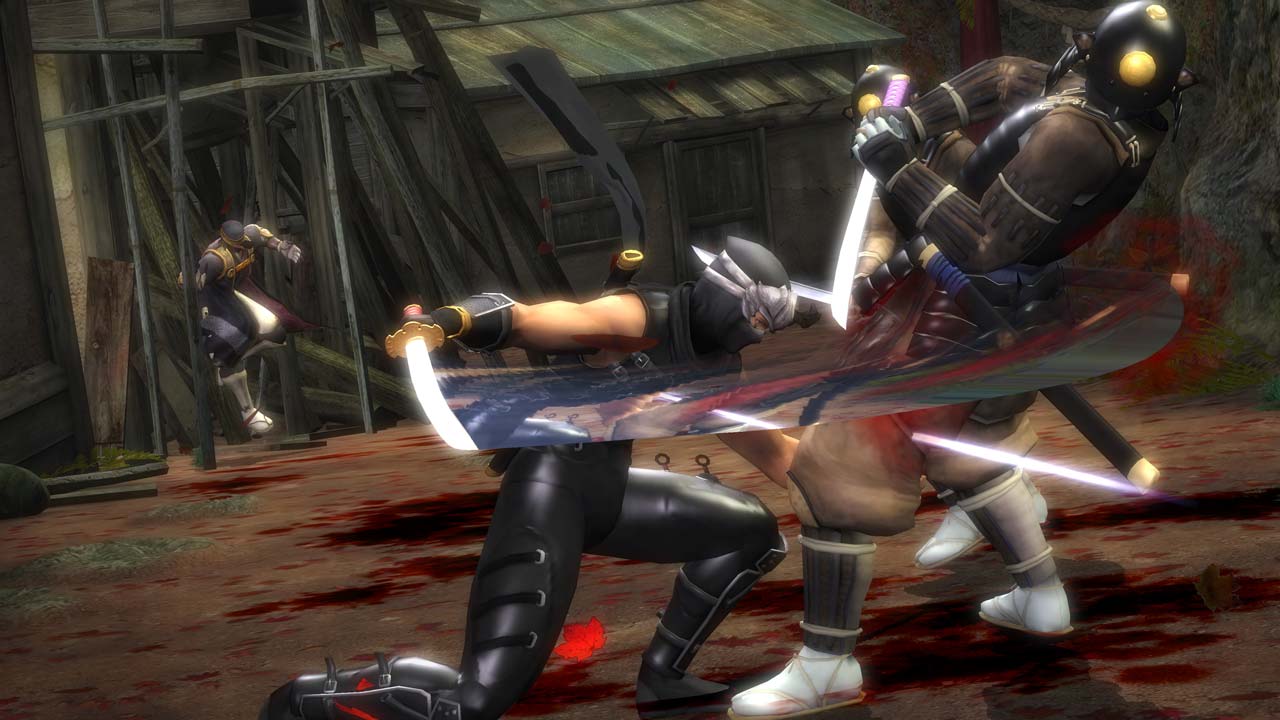 Ninja Gaiden 3: Razor’s Edge is the most advanced of all. This time, you unlock points to spend on adding new moves to your arsenal. These advance combat to unprecedented levels, making Ryu a god if they can be executed at the right time. Countless swarms of soldiers flood towards you. There are snipers and guys with rocket launchers trying to take you down, as well as CQC masters. Unlike the original, the bow is much easier to use, automatically locking on. Combat is fluid, more advanced, and wonderfully highlights the evolution of combat throughout all three titles.

The camera angle can be a pain, especially when fighting loads of enemies at the same time. By Razor’s Edge, it’s not as painful as the original. However, battling with the right viewpoint is always going to cause you some issues. With all the varied movement, it can be tricky to keep tabs on Ryu, but it never stops being fun. Wall-running; jumping between two walls to climb up high; running on water; and dashing through the air like a bird always feels amazing. Team Ninja has perfected the gameplay by the third entry, but every one still plays excellently.

I’m not even going to attempt to explain the story. All I’ll say is let it wash over. Making sense of it is a waste of time, but it’s craziness and unrealistic nature provides much of the charm. The characters are enjoyable, from Ryu to his female friends. Speaking of his friends, they are all now playable. Rachel feels more like a tank, using her strength to wield her huge blade and big ass gun. Kasumi is a fluid fighter, and Ayane and Momiji are also satisfying to play as. Even with the ability to play as them, Ryu Hayabasa is still the most complex. His Ninpo attacks are devastating, and by the third you’ll unlock variations of it to unleash a variety of elemental damage on your foes.

Whilst the games have aged in their visuals, they are still special in their own ways. Ninja Gaiden was always violent, but the way bodies are cut apart and blood spills across the screen add to the chaos. The journey from Ninja Gaiden Sigma to Razor’s Edge is such a pleasure to be a part of. It never gets tired dodging, slicing, and brutalising your enemies. Yes, the story is bonkers, but it’s easy to embrace and immerse yourself in it. Whilst it is a lot of fun to play, bosses and even big fights across the trilogy will more than likely break you. 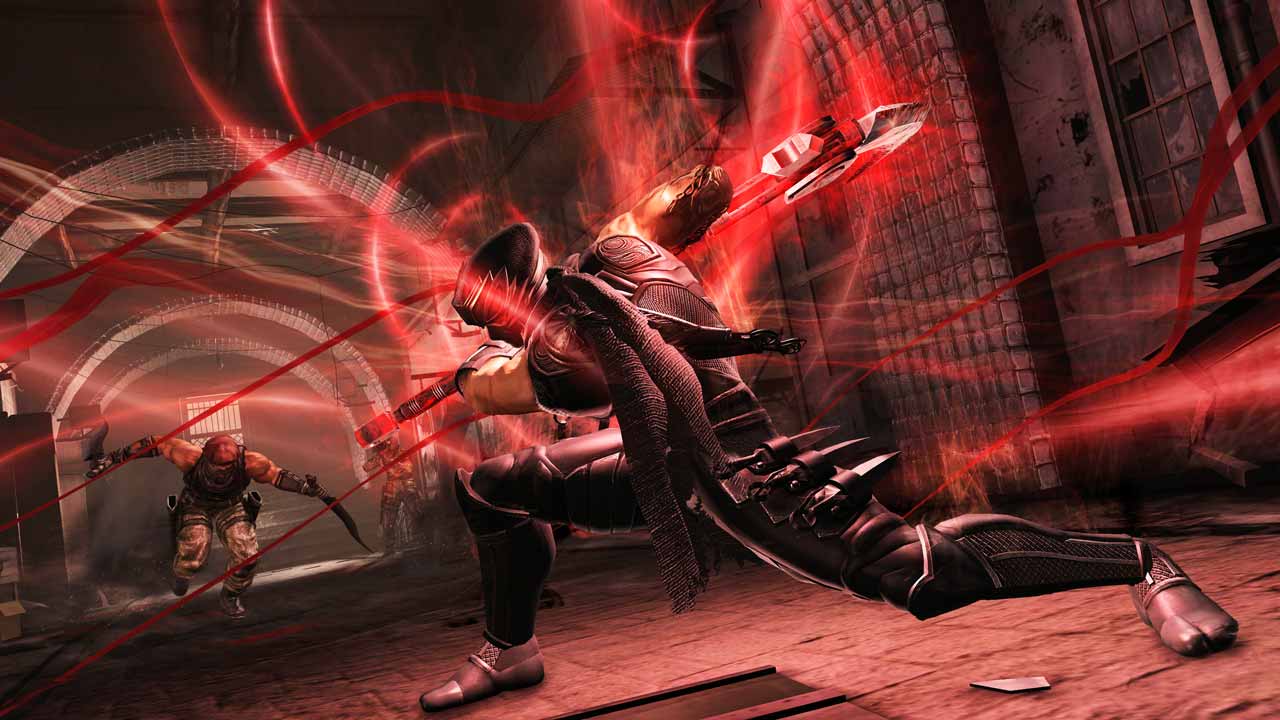 As mentioned, the first game is so difficult. Whilst the second feels a little easier, Razor’s Edge broke me a few times. From the early spider robot boss to fights with demons later on, I lost my shit on multiple occasions. Team Ninja want you to struggle, but they also reward you for mastering the combat. By the time your move set and abilities are fleshed out later down the line, Ryu is more equipped to deal with the expected dangers you face. Be prepared to die a lot. If you’re a masochist and aren’t put off by the hard difficulty, there’s a lot of joy to be had throughout the trilogy. New players, however, might very well find it overbearing.

With modes that allow you to fight waves, time battles, or tag scenarios where you can alternate between Ryu and the four female warriors, there’s plenty to do outside the main story. Ninja Records let you see how much damage you’ve done. These can almost act as training grounds, giving you time to practice each warriors move set for when you play as them in the main campaign. Ninja Gaiden: Master Collection is packed full of ninja goodness.

Ninja Gaiden: Master Collection gives new players a chance to experience three wonderfully crafted action games with solid 60fps and 4K resolution. The combat is great, and gets better as the series goes on. Whilst not all re-released games hold up on today’s consoles, Ninja Gaiden is an exception to that thinking. It’s fluid, fast, filled with blood and always fun to play, even at its hardest.

Exceptional combat and movement
A varied move set
Loads to do

Camera angle can be awkward
Tough for newcomers

You may also like
koei tecmo americaNinja Gaiden: Master Collection

Nights of Azure 2: Bride of the New Moon gets a new trailer with preorder bonuses detailed