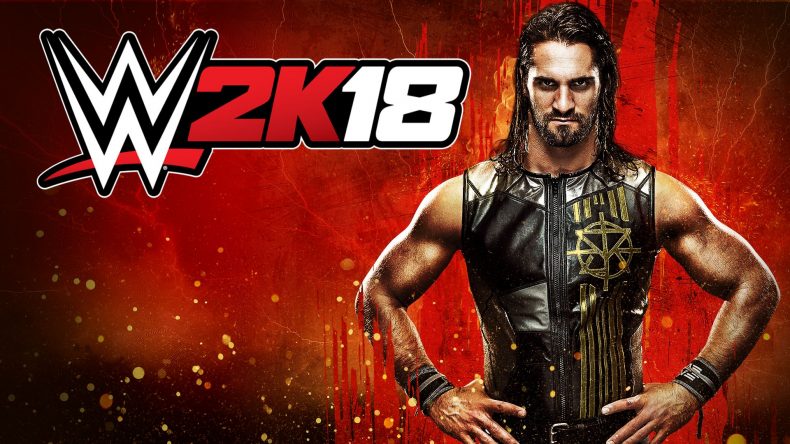 Another year, another WWE game from 2K Sports, and although it still doesn’t feel like a proper step up from last year (or the year before that, or the year before that), there’s still enough here to make it a worthy new entry in the series. The MyPlayer stuff is cool and is by far my go to place this year, and the sheer amount of customisation options is both ridiculous and amazing. Don’t get me wrong, the game still suffers from some glitches and multiple frame-rate and texture issues, but it delivers a good experience for wrestling fans everywhere.

My main problem with the WWE 2K series is how it always feels like it’s getting wrestling wrong to some extent. We all know WWE isn’t real (it’s not fake, though!), so why does it have to lean more towards simulation than arcade? I was gutted when you couldn’t just pummel the buttons on your controller to get out of a pin, and telegraphing reversals is much more precise that it was, but I guess there are a lot of people that prefer this. WWE 2K18 has a great flow to fighting, and there’s a fine balance between getting a decent amount of moves in and ‘selling’ to the crowd, but get too nervy during a pin attempt and you’ll fail to kick out, giving the match a weak rating. Thankfully, submissions can now be escaped from by bashing the Square or Circle if you like. There’s still that annoying ‘chase the red bar with the blue bar’ mini-game, but you can actually hit a button to break free, harking back to older wrestling games. Matches are varied, and the gargantuan roster all feel different to fight against. Bigger guys like Braun Strowman and Sawyer Fulton are slower, but they do much more damage in shorter periods. Faster fighters like The Miz and Enzo can move around the ring quicker, and provide more of a challenge to catch up with. There’s a new system in WWE 2K18 which makes certain actions a hell of a lot faster and accessible. The carry system will see you pick up an opponent in a range of different positions and throw them into the ropes, ring post, or through a table if you’re participating in a TLC match. This system allows for a much more fluid integration with the wrestling environment, although it can be tricky to get used to as stamina and speed can factor into whether or not you’re going to pick up an opponent. Also, if your a little fella gunning for Big Cass, it’s probably not going to happen.

Targeting is still tricky, and when you’re in an eight man match-up, the frame-rate is going to chug rather significantly. Whilst it’s great to finally have up to eight superstars all in one ring, the game suffers for doing so and you’ll have one or two janky moments per match. Although gameplay feels slower than it ever has, you’ll also find that connecting a punch or trying to grapple can miss occasionally, making it frustrating if you need to hit that finisher. I found that sometimes I struggled to connect a running grapple too, which meant trying to be impulsive in matches suffered a bit, having me run into my opponent rather that dropping him with a Lou Thesz press instead. MyPlayer is one of the highlights of WWE 2K18, letting you take your created superstar in two directions: MyCareer, and Road to Glory. Once you’ve flown through the painfully slow Performance Centre tutorial, you’re introduced to a the backstage hub. Before you hit the ring, you can alter your appearance, chat with other superstars to receive side quests, and more. By successfully completing challenges and winning matches, you’ll improve your influence or popularity depending on the quest. One of my first rivalries came when fighting Bobby Roode for the NXT championship. I was on my way to the ring to fight Hideo Itami when Roode attacked me from behind. I attacked him the week after, delivered an epic promo, then took him on for the title (and won). Speaking of promos, they’ve been improved to feature more talking options and character movements, making the experience more realistic to the sport.

Elsewhere in MyPlayer, the new Road to Glory mode changes the online elements to have you fighting real guys for a shot at fighting at online PPVs. The potential is great, and time will tell how good it’ll be as real world PPVs cross its path. In Road to Glory, you’ll compete to fight in different PPVs online with real people, earning you XP and new boost slots (perks for matches). These can range from cage matches to ladder matches, and the more you win the better your rank. There’s a lot of scope here for it to be good, providing the servers are alright. I managed to get a fair amount of fights in, but there was a bit of booting and matches not found. Hopefully the servers will become much more stable over time, because it’ll be a real shame otherwise. The creation mode in WWE 2K18 is phenomenal. There have been improvements to what you can wear, what moves you can have, new arenas and entrance videos, custom belts and so much more. Probably the most impressive feature of the game is the ability to save highlights of your matches and have them feature in your entrance video. The team have thought of everything here, and the opportunity to put hours into the tiniest detail is most welcome. I spent a good two hours making sure The Judge looked good, had the best possible move set, and had the finest entrance I could give him.

A mode that I’ve always found I could give or take is the Universe mode. I’ve never been a fan of how ambiguous it can feel, and how unrealistic certain rivalries can be. Whilst there’s not loads of change here, the balance seems much better. Rivalries can be built up over time, and the new Intensity option has you taking part in different kinds. Friendly rivaries are more sporadic and less constant, whilst high intensity rivalries sees you attacking one and other all the time over every week. These are a lot of fun, especially if you’re invested in the mode because they can now make every week on Raw, Smackdown or NXT much more than a skippable event.

If you’ve been patiently waiting for WWE 2K18 and hoping that it’s the perfect wrestling game, it’s not quite there yet. If the series could fix the various technical issues and gameplay problems, it’d be up there (the best is still Wrestlemania 2000), but unfortunately that’s not the case. There’s still loads here to get stuck into, and the Road to Glory mode could be something really special. Graphically, it’s stunning in character animations and individuality, with the lighting and shading of both superstars and arenas the best yet, showing massive improvement on last year. I liked this year, but it still has a way to go to be crowned the people’s champion.

MyPlayer has some great scope
Roster is immense
Graphics are sublime

Whilst there are some changes, it doesn't feel that different from last year, and the technical issues hinder enjoyment somewhat.