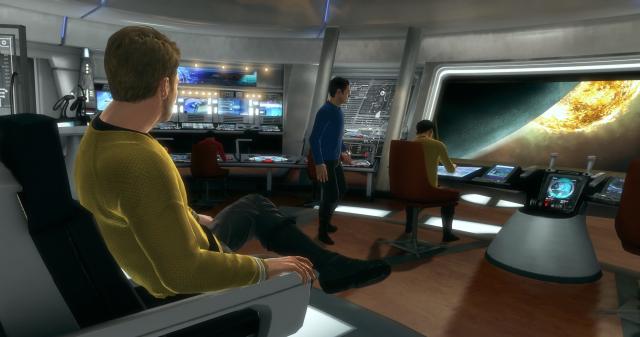 Given how long the Star Trek game has been in development, hopes are high that it’s rather good. But the first rung of reviews haven’t been hugely positive (our review is in progress) so far, so we thought we’d grab the opening scenes from the game in video form, and let you take a look.

Developed Digital Extremes have a good track record, having put out some great games like The Darkness II, and I personally enjoyed Homefront, despite it being very short.

So sit back, and enjoy me playing (badly) the opening 20 minutes of Star Trek, and know that our review will be published next week.

Oh and I chose Kirk, not Spock, for absolutely no reason whatsoever.

Editor-in-Chief here at GodisaGeek, I organise almost every bit of content as well as running our weekly Podcast, and being the lead producer on our YouTube Channel. That means I'm very busy and sometimes grumpy. Yay!
MORE LIKE THIS
Digital ExtremesNamco BandaiStar Trek