previous
Game of the Year 2014: Industry Picks
random
next
Opinion: Street Fighter V Should be Free to Play
4 comments

We asked Konami to send PES 2015 to our FIFA fans 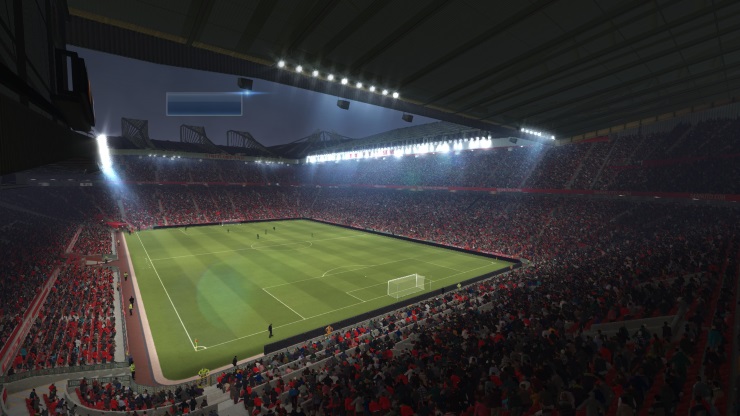 Everyone’s a fanboy when it comes to football, but like every other aspect of our lives, we’re fickle by nature. One year you’ll be a FIFA fanboy, the next a PES lover. But these things run deep, and people who have loved one game for nigh-on a decade, well…what would happen if you forced them to play the game, under the guise of “work”, with the threat simply: “play this or you’re fucking sacked, alright?”

Turns out, they play the game. Hell, it’s no secret that Sean adored this year’s PES (read his review), and Adam played it a lot, producing enough videos to sink a ship. If, of course, videos could somehow have a physical manifestation, and weigh a lot.

Anyway, we asked Konami if they could spare some extra copies of the game this year. Happy to help, we sent copies to Colm Ahern, Dan Naylor, and Mikey Stubbs – all FIFA fans, most of whom had thoroughly enjoyed this year’s game, too.

The results, well, they may shock you and/or you’ll never believe what happened next.

(Oh, we can only apologise for how many of our staff are Manchester United fans).

I was a FIFA fan all of last-gen, but having played this year’s PES, I don’t think I can go back.

At first it’s hard to see how PES 2015 could rival EA’s juggernaut. The Premier league and Championship licenses are still missing, the menus are a little clunky and the controls don’t feel quite as sharp as we’ve come to expect in a football game.

But slowly it starts clicking. The controls aren’t unresponsive, instead you have direct control over everything, spooling out combos on the sticks to do every trick and flick like a fighting game. Then there’s the epiphany when you realise what the various menus offer. With statistics on everything at your fingertips, you can research how an opponent plays, who the danger-men are, and what formation they’ll most likely use – and plan accordingly. Unlike in any game of FIFA, tweaking your tactics mid-match makes a colossal difference, often turning them around.

And because you have so much control, when you turn that 0-2 deficit into a 3-2 win you know that it was all your doing, and that is just fantastic. Where FIFA has all the glamour of football on TV, PES feels like actually playing it. I know which I prefer. The competition has the snazzy flashiness of a Sky Sports-like broadcast and I honestly don’t think PES will ever reach that standard in terms of presentation. The commentary has improved to the point where it’ll take a a while for you to hear something twice and player models are getting better and better. But while FIFA has been perfecting the realistic look, PES has come to the new generation with a much better playing game. FIFA feels a bit restrictive and somewhat automated once you get to grips with the 2015 edition of Pro Evolution Soccer. When in possession, it feels like you are in complete control of the move; whether you’re dribbling, or making a pass, if your move comes off, it’s as satisfying as anything. For the first time in a very, very long time, I’ll be seeing what’s happening in the Pro Evolution camp before I check out Sepp Blatter: The Video Game.

Now, there’s a real risk that this will come across as yet another fanboy article. But here’s the rub: I’m a fan of the FIFA titles myself, and have been for some time. I genuinely like to think of myself as someone able to sit on the fence. I don’t care who makes a game, as long as it’s the best it can be. Competition is (and always will be) good, and this year’s PES is a better game than FIFA 15 (caveat: in my opinion, obviously), but that doesn’t mean next year’s will be. FIFA 15 is a good game, too, and the fact PES 2015 absolutely nails the gameplay means only one thing: next year is going to be incredible for football gaming fans, and you could do a lot worse than giving PES 2015 a try this year, even if you’re a long-time FIFA fan.

What about you? Have you tried the demo? Did you buy the game, and switch over? Or do you disagree with all three of our guys? Tell us why!