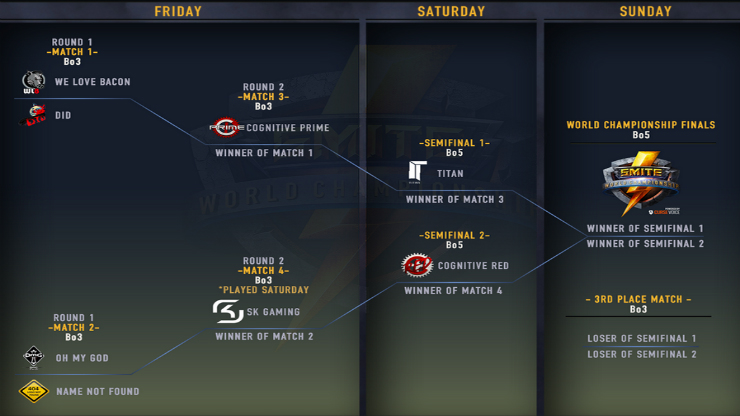 With just under 3 weeks remaining until the SMITE World Championships kick off the bracket has been announced.

It’s a bit complicated to explain but the image above puts it in a really simple format. Basically Friday January 9th sees 3 BO3 series, Oh My God Vs Name Not Found and We Love Bacon taking on DID with the winner of We Love Bacon vs DID taking on Cognitive Prime in the final series of the day. Anyone who loses on Friday will exit the tournament and take home 1.25% of the ~$2million prize pool.

Hi-Rez also announced that all team voice communications during the event will be powered by Curse Voice a free VOIP piece of software.

Be sure to stay tuned to GiaG for coverage of the event in January. And be sure to check back soon for a chance to win a code for SMITE’s newest god Awilix.