previous
Odd World: New 'n' Tasty Out on Steam Today
random
next
Can Nosgoth Make it as an eSport? An Interview with Psyonix
100 comments 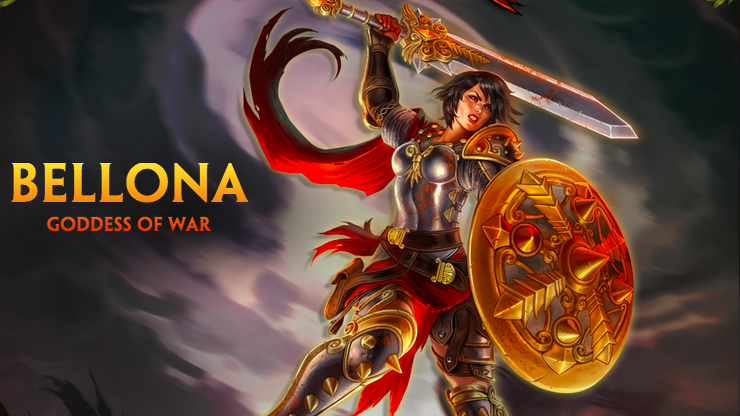 Earlier today the first god to be released in season two of SMITE was revealed to be Bellona. Now mere hours later we are giving you the chance to win her and her alternate skin.

To be in with a chance of winning a code all you have to do is tell us why Bellona is going to be great in SMITE in the comments below.

The competition closes at 11:55pm (UK time) on Tuesday 3 March 2015 when three winners will be chosen at random.

Three winners will be sent a code via the email address associated with their Disqus account on Wednesday 4 March.

eSports! I joined God is a Geek all the way back in September 2013 and since then have spent most of my time on Dota 2, and occasionally posting the odd review, news article or totally wrong predictions for The International. When I am not playing Dota I can probably be seen watching some kind of strange eSport or begging for more Twitter followers (@MikeStubbsy if you are interested). Aside from GiaG I am a computing student, football coach and major Apple fanboy.
MORE LIKE THIS
ESportsHi Rez StudiosSmite