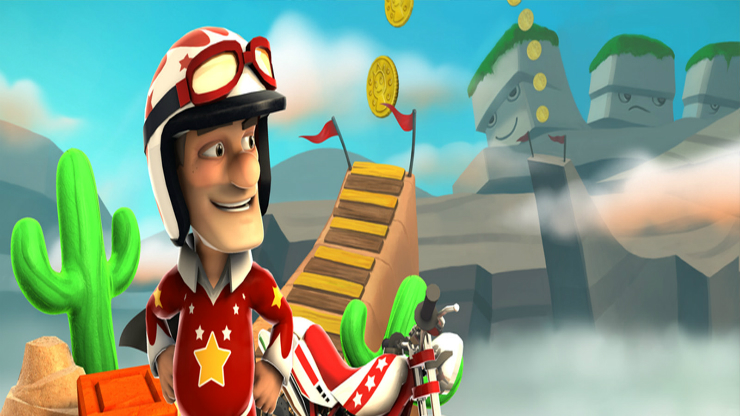 Hello Games has announced that their original hit game; Joe Danger is finally heading to Android.

The port will be of the iOS touch version which launched the other year however the Android version will be compatible with Android game controllers, which the team promises is a fantastic new way to play.

Sockmonkey Studios are behind the port as original developer Hello Games are hard at work on No Mans Sky, which is set to launch later in the year.

There is no word on when Joe Danger will be hitting the Google Play Store, the Amazon App Store or the OUYA store (the game is fully compatible with OUYA) however we can expect it to be fairly soon.

eSports! I joined God is a Geek all the way back in September 2013 and since then have spent most of my time on Dota 2, and occasionally posting the odd review, news article or totally wrong predictions for The International. When I am not playing Dota I can probably be seen watching some kind of strange eSport or begging for more Twitter followers (@MikeStubbsy if you are interested). Aside from GiaG I am a computing student, football coach and major Apple fanboy.
MORE LIKE THIS
hello gamesJoe Danger