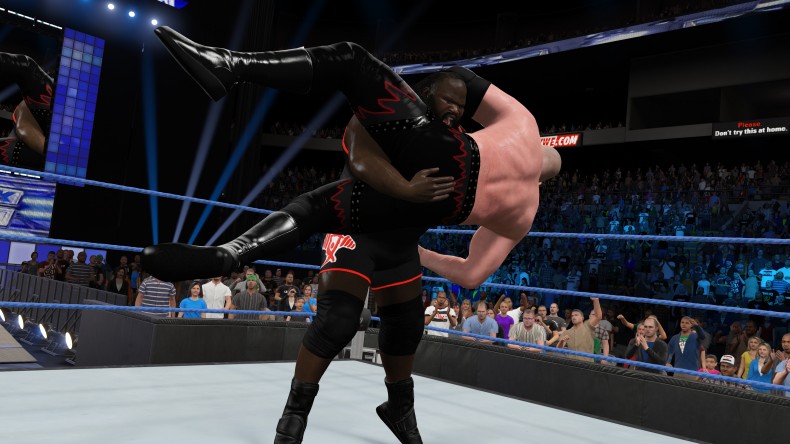 2K have announced a Mark Henry-themed DLC for WWE 2K15, adding a whole host of new playable characters and arenas as well as a narrative which chronicles the career of the iconic wrestler.

The content, titled 2K Showcase: Hall of Pain follows the rise to fame of WWE superstar Mark Henry and features some of the wrestlers most notable fights against opponents such The Great Khali, Kane and Randy Orton – whom he beat in 2011 to take the WWE World Heavyweight Championship title.

A host of new playable characters are being introduced with the list including Mark Henry, Big Show, Kane, Jey Uso, Jimmy Uso, Sheamus, The Great Khali, Randy Orton, Daniel Bryan and Ryback. Alongside this, there will also be new playable arenas: Smackdown, Vengeance and Wrestlemania 29.

The DLC will be available to download today (Feb 17) on Xbox 360 and Xbox One and tomorrow for players on Playstation 3 and Playstation 4.

Currently an English, Journalism and Creative Writing student at the University of Strathclyde. Based in Glasgow, I spend most of my free time playing video games ranging from Japanese visual novels to horror games. You can contact me at greg@godsiageek.com!
MORE LIKE THIS
DLCWWE 2K15