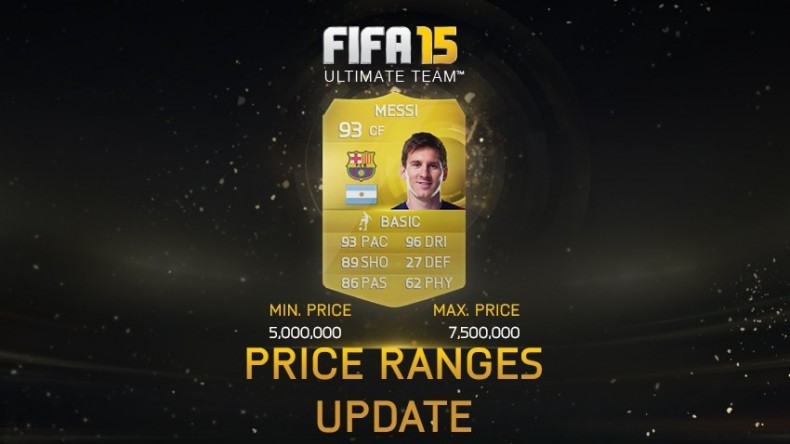 EA has responded to the mass amounts of criticism that’s come their way due to the changes they made to Fifa 15 Ultimate Team earlier this month.

The changes consisted of a new price ranges on all players in FUT, which means every player can only be sold for a price with in a specific range, and made accessing the transfer market via the webpage or companion app impossible, all in a bid to stop illegitimate coin sellers and farmers who, EA claimed, were “harming your experience” as they inflated the market by flooding the economy with fraudulent in-game currency. This led to the rise in cost of players, making the highest rated players hard to attain.

Putting price restrictions on the footballers also makes it quite difficult for coins to be bought by the players in the most traditional and easiest way, as a lowly rated card can no longer be purchased for an unrealistically high amount of coins.

These changes have been met with brunt criticism from players, with many saying that it has changed the core Ultimate Experience and think that the move it little more than EA penny grabbing.

But EA have defended their decision in a recent blog post, saying they want the game to be fair and fun for every player.

“Since implementing these changes, we’re seeing positive signs of restoring balance to the FUT economy and mitigating some of the negative effects of exploitation within the game.”

However, mechanical problems have arisen from the price ranges too, as claims have been made that some players have been priced out of the market, as they’re unsellable and unattainable.

EA are combating this by constantly adjusting the price ranges of players and said that:

“Since the introduction of Price Ranges, we’ve already made more than 650 adjustments to player pricing, with a focus on the highest value players available in the FUT economy. The introduction of Price Ranges has helped restrict illegitimate coin transfers on the FUT Transfer Market, and balance player item prices so they reflect the current marketplace, but finding that right balance will take some time – we have a team dedicated to finding that balance.”

EA seem to have the community at heart with the changes they’ve implemented in Ultimate Team, and have certainly listened and acted upon some of the criticism, but a whole lot of fans are still, perhaps rightly, standing resolutely against the changes.

What do you think?