Tropico 5 is like nothing else on PS4 right now, and that’s Great 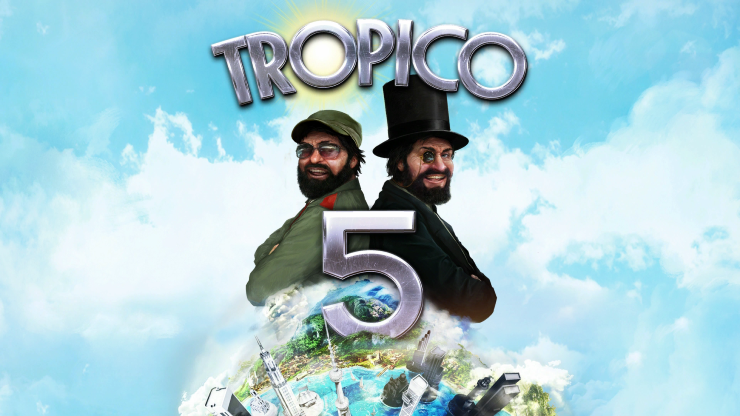 Tropico 5 seems excellent. Let’s just get that out of the way right here. It’s an interesting and unique take on the God-game genre, because it recognises and indulges the power fantasies that you may feel guilty for in other games. In Tropico, you can rig elections, bribe workers, and generally be a complete dick in order to maintain the status quo on your own version of Hooligans Island.

Having dabbled in the genre but never played the series, somehow Tropico 5 feels entirely fresh, especially on the PS4 – because there’s just nothing else like it available on the system. Thankfully, the tutorial is of just the right length to whet your whistle, while also teaching the ropes – and bloody hell, there’s a lot of them to learn.

It starts simply enough, and is of standard fare, really: build some roads, erect buildings, juggle the economy. But quickly you’re declaring independence from the crown and advancing through the ages, and Tropico goes from SimCity to Civilization in one fell swoop. You’ll be researching new technology, but you’ll also be inviting foreign workers and aid to your island to staff your buildings. Then it’s election time and you’re in a rush to build amenities and beautify your paradise to garner resident votes. Your opposition is suddenly ahead of you in the polls, so you have a choice: trust your leadership, or rig the votes. Would you follow me to the end of the earth?

Ethical conundrums like this are fairly commonplace in Tropico 5, but so is a level of comedy that is both unexpected and welcomed. Fail as El Presidente (lose the election, etc) and you’ll be told to leave your beard and keys at the door. It’s daft, but in a game that is as much about time management as anything else, it adds to the charm. That said, once you gain independence, you can dictate policy anyway, so perhaps you decide to only let the rich vote, or maybe just men (oh lordy!) – maybe your make your island an atheist one, or a utopia where everyone can be whatever they want. Choices like this change how you earn money, and generally how it all plays out. Sure, you can become a dictator, but you’re going to get less people flocking to your island. Do you want military conscription? These questions might keep you awake at night, such is the addictive nature of the game.

After a while, though, other nations will start to show interest and you’ll need to forge relationships with them. Instead of sending expletive laden letters to the King, you are now ensuring the President of the USA is happy after his visit, before he sets you challenges to prove how good you are. This all helps strengthen bonds, and offers perks that help you further. This is me failing the tutorial, because I tried to be ethical and lost an election.

Being a console version, controls are going to need to be mapped cleverly, and thankfully Kalypso appear to have gotten is just right. Despite a slight issue with selection (bare in mind this isn’t the final version of the game we’re playing), it’s a tight affair, and is very easy to pick up and get involved with. Don’t get me wrong, there’s reams of menus to get lost in, but they all make sense within an hour of play, mapped to triggers and face buttons.

We’re barely scratching the surface of what’s on offer here (there’s a multiplayer, too), but I don’t want to go any deeper into the game just yet. Firstly, because it came out on PC a while ago, and secondly because we’ll (obviously) be reviewing it in detail next month. But given the dearth of exclusive titles right now, it’s interesting to see a previously PC-only title coming to PS4, and seemingly warranting some attention.

Tropico 5 is different, especially for consoles, but it’s one that you might blink and miss, and that’d be a real shame, as it offers up such a huge amount of fun and quirk, in a genre that is usually so po-faced and straight. Definitely one to watch when it is released in April.