Hellraisers Are the World of Tanks World Champions 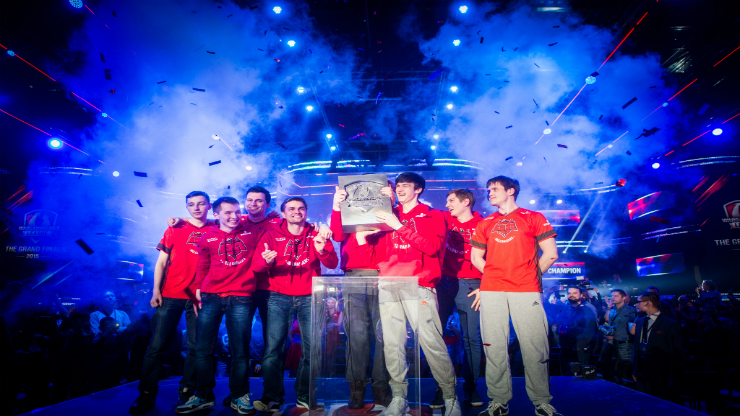 The Russian team HellRaisers became the Wargaming.net League season 5 champions over the weekend, netting a sweet $150,000.

The team managed to beat 11 other World of Tanks squads from across the globe in the tournament to be crowned champions. In the final they comfortably dispatched the surprise team of the tournament EL Gaming 7-1 despite some incredibly entertaining games. EL Gaming took home $75,000 for their 2nd place finish.

Last years champions NaVi crumbled in their semi final against HR but managed to instantly come back to beat Kazna Kru in the 3rd/4th place playoff. Navi took home $35,000 while Kazna Kru received $20,000.

You can expect to see a lot more in depth coverage of the event in the coming days.

eSports! I joined God is a Geek all the way back in September 2013 and since then have spent most of my time on Dota 2, and occasionally posting the odd review, news article or totally wrong predictions for The International. When I am not playing Dota I can probably be seen watching some kind of strange eSport or begging for more Twitter followers (@MikeStubbsy if you are interested). Aside from GiaG I am a computing student, football coach and major Apple fanboy.
MORE LIKE THIS
ESportsWargamingworld of tanks