previous
His Story: An Interview with Sam Barlow
random
next
Destiny Year One Emblem Revealed
0 comments 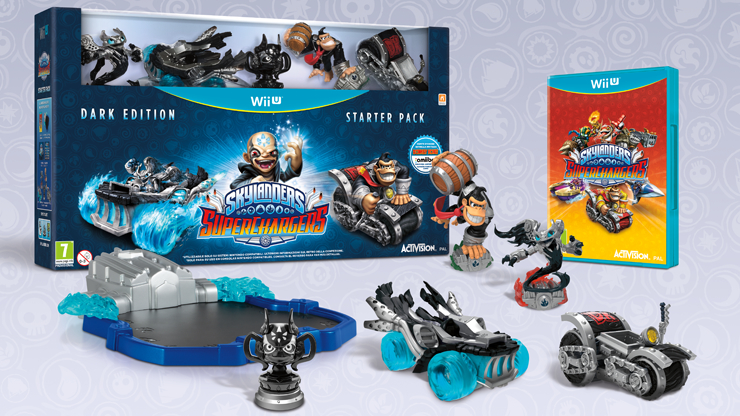 Activision is set to reveal the new Skylanders SuperChargers Dark Edition at Comic-Con.

Attendees will be among the first consumers to play the game with dark versions of Starter Pack characters including Dark Turbo Charge Donkey Kong and Dark Hammer Slam Bowser.

Dark Super Shot Stealth Elf and Dark Sea Shadow will be available only in the the Xbox One, Xbox 360, PS4, and PS3 versions of the Dark Edition Starter Packs.

Dark Turbo Charge Donkey Kong will be only in the Wii U version.

These Dark Edition Starter Packs will be available exclusively at GAME in the UK.

Barring the Starter Packs, there will be a first look at new collectible figures from Eon’s Elite lineup

Skylanders Comic-Con offerings also include a first-look at the highly collectible figures from the all-new Eon’s Elite lineup, as well as the popular franchise-inspired comic book series, Mad Libs and costumes.

Eon’s Elite offers ultimate versions of some of the heroes that started it all in a premium toy line.

The packaging includes a display case with a 3D lenticular background and will include Voodood, Zook, Slam Bam, Ghost Roaster, Boomer, and Dino-Rang.