Breaking the Fourth Wall: An Interview with the Animation Director on Rainbow Six: Siege 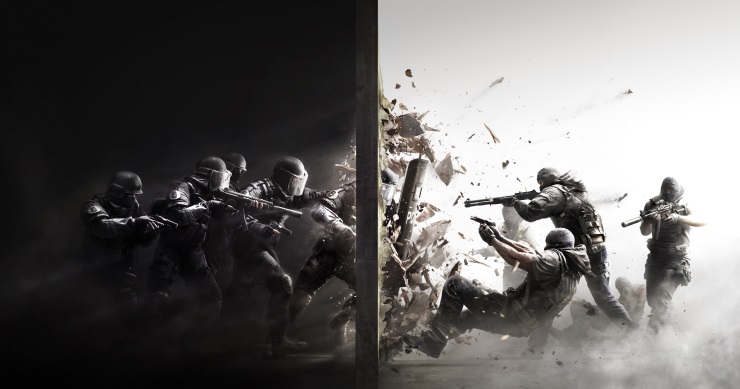 If you’ve ever fancied yourself as the newest recruit of a global counter-terrorist unit, you’re in luck. Rainbow Six: Siege, for those of you who are oblivious, is the latest title in the Tom Clancy series, an idea that materialised following the cancellation of Rainbow 6: Patriots. A multiplayer-focused extravaganza, Siege puts the onus on close-quarters combat as players manoeuvre through a variety of locations and hostile situations. I chatted to Scott Mitchell, the animation director on Rainbow Six: Siege about the development process and how the team plan to switch up the FPS shooter market for the better.

Watching gameplay footage of Siege, the first thing that strikes you is the realism of the situations players find themselves in. As a member of counter-terrorist unit, the players job to infiltrate a hostile location and carry out a specific objective. In such a cluttered market, Siege is trying its hardest to stand out with innovative mechanics and never-before-seen gameplay tactics. I asked Mitchell what inspired the concept behind Siege and how they managed to achieve such a high level of realism. He said, “The whole idea of playing as a counter-terrorist unit… that’s where our inspiration comes from for sure. We didn’t really take any inspiration from specific events but more so from the whole universe of the idea of coming in and either attacking or defending: we found that quite inspiring. Tack that on top of the procedural destruction and the high-level graphics and it all kind of comes together. Also, we don’t really go too far into the future. That’s something about the Clancy universe that we kind of keep an eye on: we don’t want to go too far out of the realm of believability, so that keeps us grounded.”

Siege prides itself upon its fully dynamic environment. Almost everything is destroyable, which Mitchell stressed was part of the team’s vision to set itself apart. He then went into detail about the specific advantages and disadvantages that a fragile environment can offer to players.

“The main advantage of the dynamic environment is that the maps are forever changing. It means that a map never plays the same twice because the tactics of the players are forever changing and the destruction is procedural. Not everything can be destroyed, like the supporting structures of the buildings, but everything else can like walls, floors, ceilings; all of that gets destroyed. When you put up barricades, you can actually knock out single panels or half-panels on the barricade so that’s definitely a good advantage.” “Where the disadvantage comes into play is the fact that now new sight lines are being opened, so that’s either a good thing or a bad thing. If you’re playing on the defending side, it’s a bad thing because your barricades are coming down, but as an attacker it’s good because you can see in and get a better perspective.”

While following the same general inspiration as previous Rainbow Six games, Mitchell pointed out that Siege has in fact been rebuilt from the ground up in order to deliver a brand new gameplay experience while still maintaining the essence of the series. He then went on to explain some specifics of the new engines and what players can expect from their in-game adversaries.

“From past titles, there’s not a whole lot that you’re going to see in Rainbow Six: Siege other than that fact that it’s based on the same source as before. The AI has been completely redone because they also react to the procedural damage, so they have access to destruction just as much as the player does. In the past, the pathing of the AI was all patterns and it’s not that anymore. If you blow a hole in the wall, the AI is going to react to that the same way that a player would, so depending if they’re playing attacker or defender, they’re also going to be looking to open up sight lines, making them very opportunistic.” If you’ve ever played an online first-person shooter, chances are you’ve been confronted with a barrage of obscenities and un-cooperativeness. Siege is a game in which success is achieved through tight teamwork and solid communication, something which can be hard to envision in an online environment populated by angsty teenagers and rude gamers. Struck by this, I had to ask whether there were any plans to try to combat this culture of unsporting behaviour.

“I think we offer a variety of different experiences and you can play the game pretty much how you like. You can have that online PvP if you like playing multiplayer or you can play PvE with up to five different players. Or not, you can play lone wolf if you like against the A.I. or through the training missions. We are still catering to both and even though there is no specific story mode, we’re still offering the same kind of experience. The missions are all designed with a level of difficulty in mind, they’re designed around being able to play through lone wolf. On top of that, if you like the customisation side, you can customise some elements in co-op such as choosing your operators, time of day, those kinds of things.” While there have been rather lengthy interludes between the Rainbow Six titles in comparison with other titles like Call of Duty, it is inevitable that the popularity of games inevitably wilts as newer titles come along. With this said, I asked if there were any plans to extend the lifecycle of the game past the usual surge period.

“A lot of times what you’ll see is that a game will ship and close the door until the next version comes out. With us, we’re looking to keep the game live, which means that we’re expecting the community to stick with us and constantly be giving us feedback; we’ll accept that feedback and integrate it as much as we can, thus balancing the game after we ship. If there’s one thing that the closed alpha showed us, it’s that fan feedback and player feedback is so valuable in terms of balancing the experience so that they’ll want to come back and play, and feel that their voice has been heard. We’re not looking to slam the door on them after the game ships, we’re planning to continue support.” With the beta testing stage of Rainbow Six being extended twice now, it’s clear that the Ubisoft Montréal team are trying to squeeze every drop of valuable information out of its testers. By expanding the user base and trying to get as many players in as possible, I asked what the team hoped to learn from the beta.

“The server testing is a major part of it, it’s something that we didn’t really test during the closed alpha and it’s extremely important that we get that working. It’s important that people understand that the closed beta is a test of us, too, and we’re looking forward to the feedback that comes in, positive and negative.”

Considering the size of the project Ubisoft Montréal have undertaken with Siege, I asked Mitchell to explain the intricacies of the design process and the collaborative efforts undertaken by the different teams to deliver a finished, polished project.

“The team work together very, very well. The team structure was set up so that any inter-dependencies that were going on were working very closely together. Not only that, we had core elements of the game that each team was expected to deliver towards, that means features like 60fps was one of them. As soon as the game fell out of that, the machine was kind of put on pause so to speak and all the teams had to make sure that all the work was optimised appropriately so that we were keeping on top of that, because it was very important for us. However, you can see that across the board, not just for 60fps, but in terms of performance, the destruction is one of the game’s pillars and we really need every team working towards that: just as much in animation as in level design. It was an extremely collaborative process and trying to coordinate all those departments to work together can be tough. You’ll see things like animators sitting back-to-back with a programmer and side-by-side with a designer, and they’re talking constantly, sharing the same language, communicating on a daily basis and everybody is making sure that everybody has what they need.”

Back in August, Ubisoft announced that a spectator mode would be included in Siege and concerned fans voiced their fears of players using this feature in order to get the upper hand during matches and essentially ruin online matches. However, Mitchell explained that there are safeguards in place regarding the possibility of cheating and the many advantages the feature can bring. Of course Rainbow Six: Siege isn’t the only first person shooter out there competing for market dominance. With titles like Battlefield Hardline already out and Call of Duty: Black Ops III and Halo 5: Guardians on the horizon, it won’t be plain sailing for. However, Mitchell is confident that the unique gameplay and reinvention of the series will attract players aplenty.

“Rainbow Six: Siege is unique in that, right now, we’re the only ones doing exclusively indoor combat and it’s all close quarters. You do have the preparation phase which happens outside but the mainstay and the goals are all indoors, so that’s really one of biggest thing that sets us apart. We’re not an arena-style shooter that’s run-and-gun by any means – if you run and gun and you have one life then it ends quite quickly. Also, we really push the communication side and how important that is. The whole team-play aspect is another one of our pillars, along with the different tactics players are using. Because everything is so dynamic, the same tactics rarely work twice, which is quite amazing – so we’re looking for that dynamism that other shooters may not have.”

Finally, I had to ask Mitchell the all-important GIAG question: Ketchup – fridge or cupboard?

“Where do I keep the ketchup? In Canada, we keep ketchup in the fridge generally… which doesn’t really make sense because you’ve got hot food and you put cold ketchup on it… that’s lame, right?”

Currently an English, Journalism and Creative Writing student at the University of Strathclyde. Based in Glasgow, I spend most of my free time playing video games ranging from Japanese visual novels to horror games. You can contact me at greg@godsiageek.com!
MORE LIKE THIS
Rainbow Six SiegeUbisoft