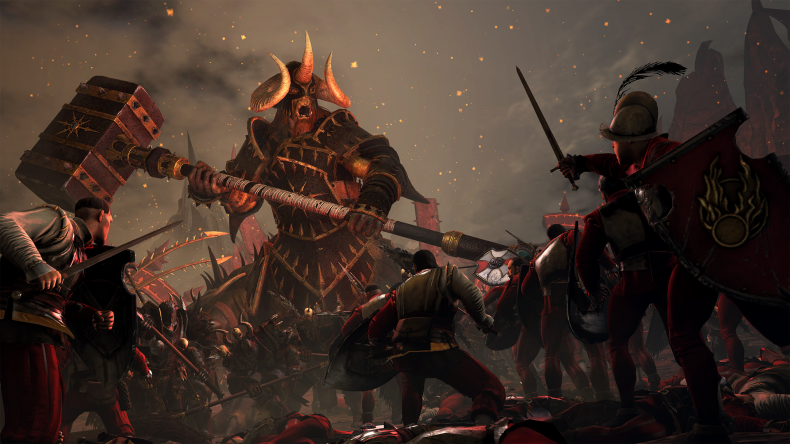 The first of a new trilogy, set in the Warhammer Fantasy Battleworld, will launch on PC and Mac on April 28th, 2016.

As well as the release date, pre order bonuses and the special ‘High King Edition’ have also been announced.

If you preorder Total War: Warhammer you will receive the game’s first piece of DLC, The Chaos Warriors Race Pack, for free. The pack will give you three new legendary lords, mounts, units, creatures, magic items and an original narrative for each lord.

The High King Edition, which comes in a big fancy box, includes the following trinkets: a ring that can also be used as a dice, a pendant, a drinking horn and stand, a canvas map, art book, metal case, insiders guide and the aforementioned Chaos Warriors Pack.