Dragon’s Dogma on PC is the same great game, but better looking 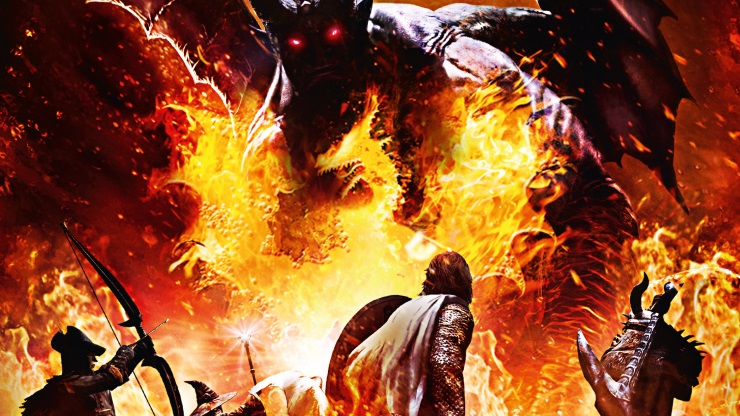 Fantasy games have been a big part of my life, especially in the last five years. The genre as a whole has produced some of the deepest role-playing games I’ve ever experienced, and out of all of them, Dragon’s Dogma is one of the best. I’d started playing Capcom’s masterpiece at a time when the genre was everywhere; Skyrim and The Witcher 2 had come out the previous year, and Game of Thrones was the hit new show that everybody was obsessed with. It wasn’t until the end of 2012 that I got my hands on it. I loved everything about it: the great sense of camaraderie and loyalty between you and your pawns, the satisfaction felt when taking down one of the game’s more difficult bosses, the stunning worlds and landscapes, and the quirkiness in Capcom’s writing and storylines.

After playing it for hours – enduring its many bosses and quests with my very own band of merry men and women, it all stopped. For me, I’d seen the last of Dragon’s Dogma; I never got to play the Dark Arisen DLC for one reason or another and as the years passed, I’d romanticize about it in conversations with friends, never realising that Capcom was planning to release the game on PC. Stepping back in after so many years was daunting and emotional at the same time. I was going to do this all over again – not as the character I did almost three years ago, but as somebody new – somebody that hadn’t seen the things that I had seen. The main body of the game has remained unchanged in terms of gameplay and design, but it looks ten times better than it used to. It’s evident that Capcom has worked on improving the graphical fidelity for this version, with the finer details such as the sand on the beaches of Cassardis, to the thrashing waves at the port of the Bitterblack Isle all looking clearer and more detailed.

Speaking of the Bitterblack Isle, this was the first time I had visited it, and I went in with an undignified bout of pride. In my opinion, I was pretty good at the original game and it didn’t take me long to get back into the swing of things. I was eager to play the new content; I thought that by leveling up a little (to Level 6), I’d simply walk through the gates of Bitterblack Isle and take on the various enemies and monsters that awaited me with relative ease. How wrong I was. It’s tough, really tough: so make sure you spend a lot more time leveling up and building your skills, inventory and pawns because you’ll never survive – don’t be the same fool that I was. Everything that made the original so great is still there, such as its clever combat, rich character customisation and its pawn system. You can mount the bosses (similar to Shadow of the Colossus) and find their weak spots, making it feel like less of a hack-and-slash game. The bosses get a lot harder and the cogs inside your head will need to be turning much faster as the game progresses and that is why it is greatly important that you think about your next move. Watch their every move and plan your attack if you want to succeed – Capcom rewards your intelligence.

The unique pawn system in Dragon’s Dogma is one of the best around – in fact, I’d go as far to say it is the best. I guess it comes down to how you play RPGs. I’m a big advocate in great AI that allows your team to think for itself, instead of you making every single decision for them. They will learn new abilities along the way, becoming their own distinctive character and helping you in different ways. The ability to let others hire your pawn in their own journey is available, and likewise, you can find pawns from other players worldwide to choose fight by your side also. The game is set to release with full Steam support, and you can use your Xbox 360 or Xbox One controller to play the game. I played the game with my PlayStation 4 controller and after mapping it to suit the way I wanted to play, it was just as good – if not better than using one of Microsoft’s controllers.

Dragon’s Dogma: Dark Arisen for the PC brings back all the magic and excitement of the original, with even more content than before and stunning visuals that help to the make the whole experience just as memorable. If you never got to play the original, I strongly advise you pick this up when the game is officially released in January. If you’re like me, it’s still worth playing because the new content offers you many more hours in its gorgeous and diverse environment, and all those great memories you have will be brought back to life once more.

Video games are cool. Don't let anybody tell you any different.
MORE LIKE THIS
Capcomdragon's dogmaDragon's Dogma: Dark Arisen