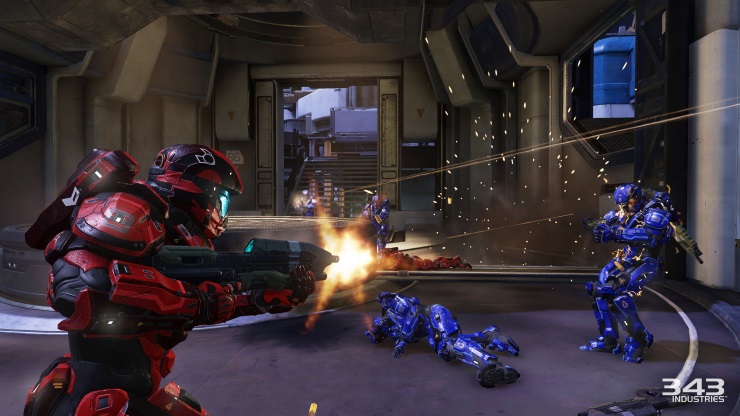 A free update for Halo 5: Guardians is being released this week, bringing with it Forge mode and a host of new weapons, armour sets, assassinations as well as extra Warzone and Arena maps.

The update, titled “Cartographer’s Gift”, is the second free update for Halo 5 since its launch back in October.

Once Cartographer’s Gift is available it will download automatically and install for all Halo 5: Guardians players. The download features four new maps: a Warzone map entitled “The Battle of Noctus,” Arena map “Overgrowth,” and Big Team Battle maps “Antifreeze,” and “Entombed”. New weapons include the classic M41 “SPNKr” Rocket Launcher, and armour sets for the Mark IV [GEN 1] Spartans are also available to collect.

Forge mode is a staple of Halo games and over the years the community has contributed some fantastic creations. 343 Industries has promised that the new Forge mode has been built utilising the community feedback. The update will also add advanced controller settings for players who want to fully customise their shooting experience.

There is no official release date for the Cartographer’s Gift, but rest assured you will be creating battlegrounds for you and your friends in plenty of time for Christmas.

Likes to shoot stuff and wear pretty shoes. Is a BEAST at Titanfall.
MORE LIKE THIS
343 industriescartographers giftDLCfree dlc