previous
20 days in hell: a journal from This War of Mine
random
next
Disney Infinity 3.0: Marvel Battlegrounds Play Set available for pre-order
0 comments 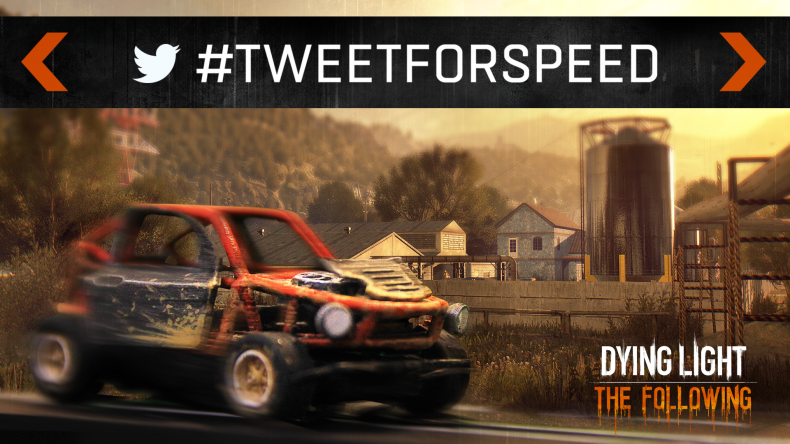 Techland, are a developer that have been no stranger to brilliant interaction with their fans over the last year, and now you can get involved with their latest one by joining the #TweetForSpeed Twitter campaign.

The goal of the campaign is very simple, the more the hashtag is tweeted the faster a car will make lap around a track. The more the car laps around the track then the more fog will be lifted from the map of Dying Light’s upcoming expansion, The Following.

“The idea came from the current trend of connecting anything and everything to the internet. We thought why not let anyone with a Twitter handle use the hashtag #TweetForSpeed to make a real difference in the lives of all Dying Light fans. Every tweet with this hashtag will make our specially modified slot car go around on its track and by doing so, it reveals more parts from the new map of the upcoming Dying Light: The Following ahead of its release. The further the car goes, the more will be revealed of the map of the already highly anticipated Dying Light: The Following for the both the fans of the game and newcomers alike.”

All you need to do is follow @DyingLightGame and then tweet them using the hashtag #TweetForSpeed to reveal more of The Following’s map.

Dying Light: The Following releases on PS4, Xbox One and PC on February 9th, 2016.