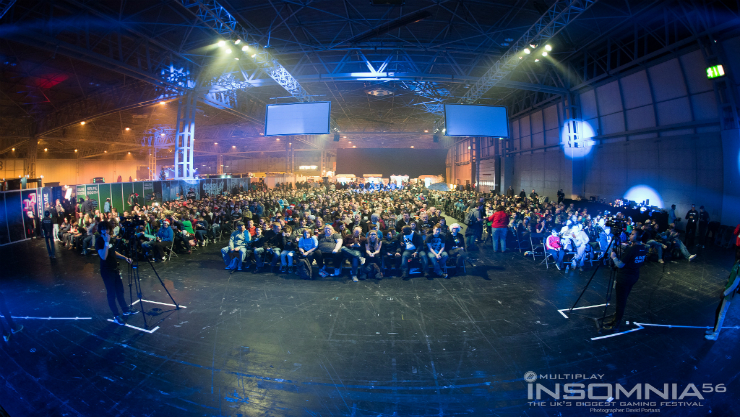 Late last year the Insomnia events moved from the Ricoh Arena in Coventry to the NEC in Birmingham and the move appears to have been a success as the first event at the new venue was the biggest winter Insomnia yet.

Traditionally the winter LAN has always been the quietest of the three events each year, however i56 managed to smash all other winter LAN records with a 68% increase in attendees. Over 27,000 people attended this years event with over 50% of those attending for the first time.

At the event over £50,000 was given away as prize pools for the multiple eSports tournaments that took place, with the first Truesilver Hearthstone Championship taking up £30,000 of that.

Craig “Wizzo” Fletcher, founder and CEO of Multiplay, the organisers of Insomnia had this to say.

“2015 was a huge year, with more people attending our events than ever before. Having hosted our first major Hearthstone Esports tournament, the biggest YouTube personalities and showcasing some of the best games around to play at Insomnia – we’re already looking forward to bringing more exciting content in 2016.”

Insomnia 57 takes place at the NEC in March. You can grab tickets and find more info on the Insomnia website.

eSports! I joined God is a Geek all the way back in September 2013 and since then have spent most of my time on Dota 2, and occasionally posting the odd review, news article or totally wrong predictions for The International. When I am not playing Dota I can probably be seen watching some kind of strange eSport or begging for more Twitter followers (@MikeStubbsy if you are interested). Aside from GiaG I am a computing student, football coach and major Apple fanboy.
MORE LIKE THIS
ESportsInsomnia