previous
Koei Tecmo's Arslan: The Warriors of Legend is Coming to PC
random
next
The Witness voice cast announced
0 comments

OXENFREE team up with iam8bit for Official Collector’s Edition, game out tomorrow 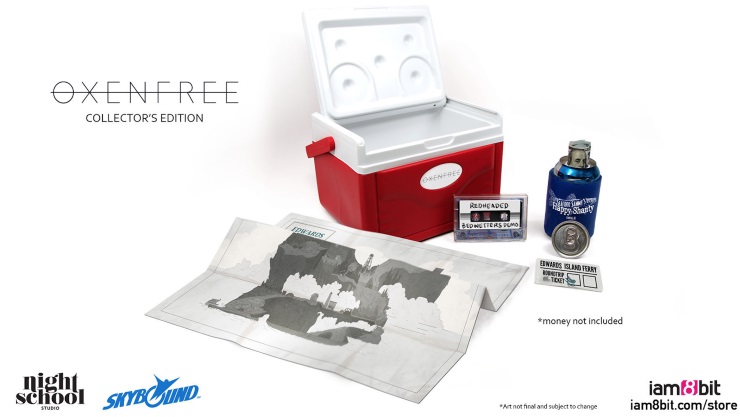 Indie games are looking to be huge in the early part of this year, with titles like This War of Mine and Firewatch coming out very soon. But you might be unwise to ignore OXENFREE, an adventure game from Night School Studio, a game we’re in the middle of reviewing, and one that’s being released tomorrow on Xbox One and PC (via Steam).

Anyway, the dev team have joined forces with iam8bit to announce an official collector’s edition, which you can see in the image above, and you can order via this link.

Have a gander at the trailer below. Doesn’t it look fascinating?

Editor-in-Chief here at GodisaGeek, I organise almost every bit of content as well as running our weekly Podcast, and being the lead producer on our YouTube Channel. That means I'm very busy and sometimes grumpy. Yay!
MORE LIKE THIS
iam8bitOXENFREE

Kingdoms of Amalur: Re-Reckoning gets Switch release date
Support us