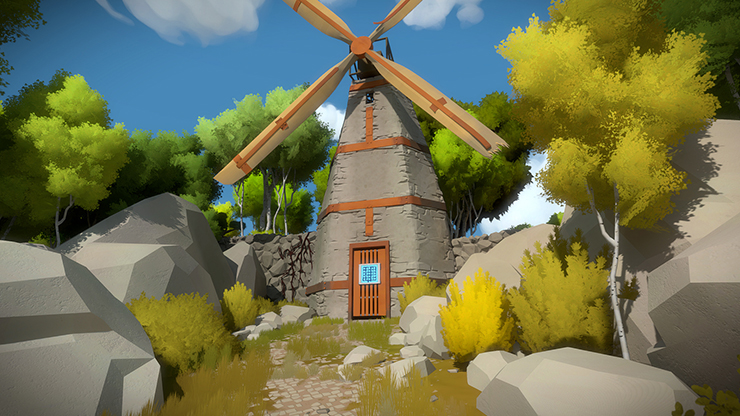 Dictionary.com defines the term ”indie” as an independently or privately owned business, especially a film or music company that is not affiliated with a larger and more commercial company. When it comes to the latter, a DIY mentality has always been prevalent as countless vans of men and women travel around the globe, trying to earn a few pound, get a bit of notoriety and attempt to fall asleep on a Marshall stack. That’s independent music, isn’t it? In the mid to late 80s, three men:, Mike, Matt and Pete (or Stock, Aitken and Waterman, as they’re better known) produced number one hits from the likes of Kylie Minogue, Jason Donovan, Sonia and Rick Astley, on Waterman’s label, PWL. A lot of tracks that were penned by the trio ended up near the top end of the indie charts because of PWL’s status as an indie recording studio. That’s independent music, isn’t it? In music, the term has been muddied to the point where it has no meaning and indie is now a genre in your local record store where you’ll find The Killers, The Strokes and fucking Razorlight, probably.

In 2012, James Swirsky and Lisanne Pajot released their documentary Indie Game: The Movie. The film follows three independent developers that are reflecting, releasing or working on their titles. At the very beginning, creator of Braid, Jonathan Blow, explains how an indie game is personal project, rather than a glossy product from a AAA studio. Kill Screen’s Chris Dahlen gives a more cut-and-dry summary of this sect of video games by saying, “independent games are any game that a small team or an individual creator worked on to their own vision.”

Obviously enough, we can date indie games back a few decades to PC when they were being distributed via shareware. People would code in their bedroom and then release these projects to the general public, more often than not, for free. The last console generation made it possible for small teams of developers to earn a bit of cash with the advent of digital distribution. Steam, Xbox Live Arcade, PlayStation Network, WiiWare, the iOS App Store, all contributed to Castle Crashers, World of Goo, Angry Birds and Braid becoming huge successes and earning a lot of money for the people involved. That last one — Braid — along with being Soulja Boy’s favourite game of all time, is more often than not, credited with ushering in this new era of independent game development. Released on August 6th, 2008, Braid was the brainchild of Jonathan Blow — a man that put $200,000 of his own money into the game and subsequently found himself $40,000 in debt, as he told The Atlantic in 2012. It garnered critical acclaim, commercial success and Blow was a made man. Indie games were truly on the map.

The follow up to Braid has now come in the form of The Witness; a wandering affair where you go around solving puzzles and apparently marvelling at how incredible it all is — not being a dick, I just haven’t played it, so I’m going off of the opinion of the populous. Obviously, it’s difficult to tell how this one is going to do with regard sales as its been out for less than a week, but the critical reception has, once again, been full of praise. As Blow recently told Simon Parkin in a piece for The New Yorker, this $6,000,000 game, had an initial budget of $800,000. While Braid was predominantly a solo project from Blow, with art by David Wellman, The Witness is much larger as his recent interview with The Verge outlines how the size of Thekla, Inc, developer of The Witness, fluctuated over the years. But, even with the office space, the colleagues and the $6,000,000 spent on the game, The Witness is an indie game. I think… Like music before it, the term “indie” has transformed into something where lines are blurred, when it comes to video games. Braid was the premiere force in defining this genre: Journey is an indie game, Gone Home is an indie game; Papers, Please is an indie game. It’s a strange qualifier, really. Indie has become a genre in the same way as puzzle, adventure or shooter. People refer to more deep and meaningful experiences as indie, regardless of whether they are in fact developed independently. To go back a few steps, Journey is a game that people like to think of as indie because of its artstyle, its presentation and its message. But, Journey was the third effort in a three game deal that developer, thatgamecompany, had signed with Sony, including Flow and Flower. They were just out of third-level education and given some cash to get their start-up off the ground, as well as some space in Sony’s offices in LA. Does that make any of thatgamecompany’s back catalogue independent, as such?

So, if we are to think of indie games as titles which are solely funded by the developer, without any investor or publisher on board, where does that leave the likes of Devolver Digital — the independent publisher. Speaking with Polygon in April 2014, Devolver’s Nigel Lowrie spoke about Vlambeer and their upcoming game, at the time, Luftrausers,  “Vlambeer does not need us to publish Luftrausers by any means. That’s coming to PC and PlayStation. They’ve prepared games for both. They’re very well known, they’re very active, they’re very good at what they do. They’re with us because we free them up to work.” Lowrie outlines the independent publisher as a company which can do all the businessy stuff for the creatives while they be…well, creative. In some cases, these smaller publishers won’t fund the game’s development like Sony, or Microsoft, but they will get your project on those consoles, and then you share the profits, all going to plan. But if a developer has help from an outside source, unlike Thekla’s self-published The Witness, is it really indie?

Is an independent video game one that comes from the mind, body and soul of a small team of really passionate men and women? One that is funded and created by the one entity? Like The Walking Dead from TellTale Games, a developer-cum-publisher that has 240 people on its books, as of January 2015. Portal 2 from Valve, a company worth around $2.5 billion dollars and with an employee count of somewhere around 350, is an indie game, isn’t it? Epic Games might have a few hundred under their roof, be worth a nice few pound and have developed games for Microsoft, but their still independent — Unreal, Fortnite and Shadow Complex were all published and developed by the company, along with subsidiaries…It’s a little complicated. Papers, Please’s Lukas Pope previously told KillScreen that the distinction between AAA and indie  is “a little redundant.” Indie has become somewhat of a dirty word for a certain sect of internet commenters looking to belittle a video game due to its subject matter. Likewise, if a dour-looking shooter comes up, you’ll get similar jibes from the people on the other side of the fence, before they’ve even played it.

We’re all human, though. I’ve judged games on their aesthetic and have probably used “indie-looking” as a derogatory term, while also criticising a post-apocalyptic shooter for having more brown than a toilet seat. I know, in the past, I’ve also used “indie game” as to define a genre rather than use an applicable word such as platformer, first-person shooter or puzzle game. I’ve tried to purge that from my vocabulary over time, because as I’ve outlined here, what does “indie” really mean? We’re quickly going the way music has, turning it into a genre and lumping things like The Stanley Parable and Super Meat Boy together, when really, they couldn’t be further apart. How indie are The Killers, anyway? Really? They’re signed to the same label as KSI, for fuck’s sake.