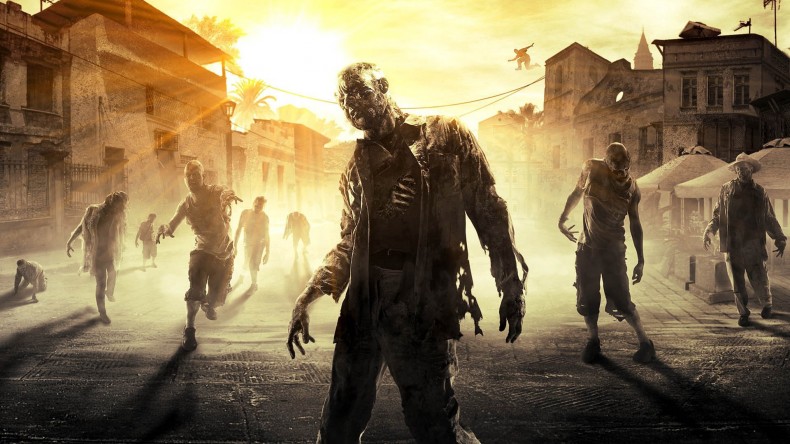 Let’s be honest here: Dying Light is better than we thought it was going to be. It’s better than a lot of people thought it was going to be. It’s a big, beautiful, free-running, zombie-bashing open-world adventure set in a city on the brink of Hell, and it’s great fun to play either alone or with friends (though with friends is better). But it’s also a tough one. The zombies range from barely-dangerous shamblers to lethal mutants and the humans aren’t much better. Surviving can be a challenge.

Luckily, we have got your back, and we’ve put together a list of the ten most useful tips for keeping all your bits and pieces attached in the big bad city of the dead.

One of the most important things in Dying Light is mobility. If you can find a nice quiet spot somewhere out of sight, you’ll have a few minutes to craft an item or two, use a medkit or loot some cupboards. But if you’re in the line of sight of an undead horde, one or two superfast virals or, worse, a spitter, you’ll want to hightail it. Daylight doesn’t last all that long in Dying Light, and while there are an abundance of safe houses for the cowardly to exploit, there’s much more fun to be had in getting to an objective, getting shit done and getting the hell out before the sun sets. If you want to do that, you’re going to want to book it like your ass is on fire. Kyle is a sprightly customer (especially later when you unlock the grapple wire), and he can handle a long-distance sprint. The more cardio you do, the faster you’ll increase your Agility level. 2. When There’s No More Room in Hell… Use a Safe House

This one seems obvious, but safe houses are life savers. Not only can you rest until morning, but you can access your stash to swap out damaged weapons or pick up reserve gear like medkits and Boosters. They’re also easy to exploit. See, aside a handful of missions that require you to be out at night, most of Dying Light’s objectives can be completed in the day. It being an open world, you can rest up anytime you’re outside of mission conditions. So, if you arrive at a destination and find it’s a little too late in the afternoon to be playing dominoes in the park, find a safe house and sleep. You can do it infinitely and it doesn’t affect the passage of time in the story.

3. No Such Thing as Nice Shooting

As in many zombie games, Dying Light’s brain-munchers are very sensitive to sound. So much so, in fact, that if your clumsy ass opens one too many cupboards too loudly or cries out like a girl from something silly like mis-timing a jump and shattering both shins, the dead will come. It’s something to consider when you eventually get your hands on a gun. Messy headshots = good. Alerting every shambling corpse in the vicinity to your abundance of juicy grey matter = bad.

4. Chop til You Drop

Which is not to say you should ever be sheepish about ransacking every single thing with a lid you ome across. Bodies, boxes, trashcans, briefcases, handbags, bus seats, fridges, whatever. Holding A (on Xbox One) will ping the environment, revealing little diamond markers in a variety of colours. They highlight collectibles, pickable locks, food, crafting materials, herbs and weapons. Dying Light is crazy generous with loot, and it respawns randomly, too. Loot everything. No one else is using it.

Harran is a dangerous place. Taking it for granted is a big mistake. You might be able to keep off the ground during the day and avoid all but the special infected, like the Virals (who will climb and jump to reach you), but it’s still still easy to get overwhelmed if you do find yourself trapped on the tarmac. Bringing a friend or three along for the ride is a good way to alleviate the threat. Not only can you watch each other’s back, but you can also run distraction for each other and go back to back against the horde or the specials. Dying Light also has co-op challenges to add a little more juice to proceedings, which will trigger when you perform most activities and include zombie-killing contests and checkpoint races. It also turns cleaning out Quarantine Zones into tense, jumpy exercises in teamwork and corner-watching. Aside from all that, popping heads in tandem is just more fun. You can’t save everybody. That’s a given, and no one is going to judge you too harshly if a handful of civilians end up floating around in a zombie’s stomach acid or tortured by Mad Max-styled looters. That being the case, leaving them to die is not only a bit callous and cruel, it’s also counter-productive. See, while these people have lost their families, their homes, their normal lives, they do seem to have held onto their wallets, and most will reward you with a a nice wedge of cash for saving their lives. While money isn’t exactly hard to come by, every little helps – especially towards the mid to end-game when you’re crafting more boosters and aiming for the best weapons you can make.

Air drops are fun. Not only do they make you feel like a badass hero in a Michael Bay movie, chasing down flare smoke through an improbably exploding warzone, but they also have a lot of goodies in them. Occasionally you might be particularly busy fighting for your life or sightseeing when the pad starts to shake and a plane thunders overhead, but if you’ve five minutes free, it’s worth going out of your way. Not only do you get the pay off from the drop, but you’ll earn XP while you’re at it.

Fighting is not always the best course of action. At a certain point, you’re just giving the dead a free meal. Sometimes you’ll have no choice; during a Quarantine Zone clearance, for example, or if you find yourself cornered after dark – but usually you can avoid fighting. The purpose of this is two-fold: 1, the combat in Dying Light is one of the weakest elements and until you’ve beefed up your Power skill, it just isn’t that much fun. And 2, you don’t want to end up dead, do you? 9. A Tall Glass of Siempre Viva

A major boon to your survival in Dying Light is the Booster, a chemical concoction that somehow increases Crane’s natural abilities for a limited time. Another element of Techland’s title that strays a little too far into outright fantasy, these magic potions are an absolute god-send when the gore hits the fan. They can increase stamina and health regeneration, grant you a speed boost or better defence, and all you have to do is gather the ingredients, mix it up and chug it back. It’s easy to ignore things like Boosters, but they can make a major difference when you’re up to your neck in cannibalistic cadavers.

In case it hasn’t been iterated enough: night time in Dying Light is an utter nightmare. Wander around without your wits about you, and you will become food for a Volatile. These terrifying abominations can hear your every move and will react to your flashlight from a ridiculous distance. There a few things that can save your life, like your UV torch or a well-placed molotov, but this will always attract attention from elsewhere. If you get stuck out at night – or worse, have to perform one of the night-based missions – stay on your toes, keep moving and watch your map (the Volatiles are shown on the GPS like any other stealth game). If you do end up out for a night time stroll, at least you’ll benefit the longer you survive: XP gains are increased after sunset.

So there you go: ten quick tips to help you survive the mean streets of Harran City and hopefully keep all your marrow where it’s supposed to be. If you’ve got any tips to add, or ways to improve on what we’ve said here, please do comment and let us know.

Senior Content Editor Mick has been playing games for over 30 years and writing about them for around 12. After drifting from site to site for a while, settling briefly at the now-defunct Made2Game and freelancing for the gone-but-not-forgotten NintendoGamer Magazine, he came at last to rest at Godisageek. Mick has been a reviewer, staff writer and content editor here for some time, while also moonlighting a little for Red Bull Games. He has 4 kids, has written 2 novels, and sometimes even manages to pay a bill or two. You'll usually find him defending the galaxy in Destiny 2, battling evil in Diablo 3, or lurking in the background on Twitter. Find him there @Jedi_Beats_Tank, or on XBL (JediWaster247), PSN (Jedi_Waster) or Nintendo (JediWaster).
MORE LIKE THIS
Dying LightTechland