Dying Light is one of 2015’s most under-rated games 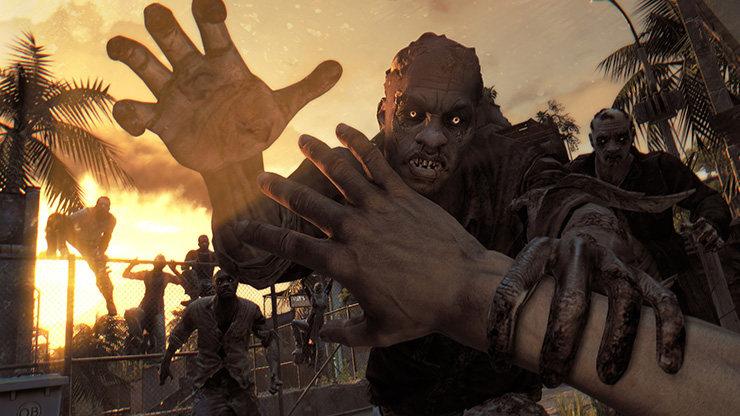 2015 is now a rather significant distance behind us, it may actually only be 25 days but it may as well be months: Game of the Year lists have long been published and now it’s all on eyes on forward as we look with a hopefully glimmer in our eyes to see what this year will bring, excited for the confirmed, the doubtful and the completely unknown. However, as we’re in this January void of no new releases other than indie platformers and HD re-releases, it’s a perfect time to catch up on all the stuff you missed last year, all the games that just passed you by as you were hypnotised by Bloodborne, addicted to Rocket League or encapsulated by The Witcher 3: Wild Hunt.

When I’ve been able to get a spare moment between exams and being depressed about Bolton Wanderers, I’ve been catching up on a game too, Techland’s free-running-zombie-slaying-at-night-time-terrifying extravaganza. And during my Indian Summer with Dying Light I’ve realised something: it hasn’t half been overlooked in everybody’s GOTY lists.

The reason I’m only discovering this at this belated stage is because, well, I’m a proper wuss. For those of you unaware, Dying Light runs on a day-and-night cycle, pretty standard for open world adventures, true. What makes Dying Light so unique is that once darkness falls the whole dynamic of the game twists around. The powerful becomes the powerless. During the day you can easy go around kicking the absolute shit out of hundreds of zombies and, as long as you stay vigilant and don’t allow yourself to be surrounded, a wonderful time can be had cracking the hieds of countless shambling dead folk open. The gruesome sounds of splattered blood and broken skulls just make it even more satisfying. However, once the sun goes down and darkness engulfs the fictional city of Harran, a place of many terrible and unplaceable accents, the fun ends. Aside from your small torch and the occasions flickering street light, everything becomes pitch black. Frightening on its own right, but when the really fast, violent, shit-spitting, noisy volatile fuckers start coming out of their holes and chasing you, oh man. It’s just all too much to bare. I had to stop. I physically couldn’t cope with the fear fuelled adrenalin that would rush through me when I had to go out in the dark. So, with one hour and thirty minutes played – I stopped. I didn’t pick it up again until last week.

I always wanted to give Dying Light another shot, conquer my fears and venture into the dark, but I was just too scared. However, I then discovered that Dying Light can actually be played in its entirety in co-op. So I rallied fellow Geeker, Greg, to my side and knowing I’d no longer be alone in the dark I jumped back into Harran and have been loving every moment. Well, still not enjoying the darkness and the pair of us actually sound remarkably similar to banshees when we get caught out miles from a safe zone with the last embers of light flickering away on the horizon. But yeah, it’s going well.

There are two real reasons why I think me and Greg are enjoying playing Dying Light together so much. Firstly, it’s because Dying Light is a true sandbox, it gives you the tools to go and have fun, but leaves room for creativity and improvisation that then leads to the second reasons: it’s fucking well funny. Examples: we’re on a bridge smashing heads in when we begin to get a little over run, I climb atop of a bus then leap off into the midst of the herd. As I reach the ground I press the button to kick and instead of the usually dropkick my character goes into a sort of diving torpedo kick right into an unsuspecting zombie’s decomposing brain. It was reminiscent of a wrestler who’s not famed for going to the top rope going to the top rope and landing a perfect kick to the kisser. Then there’s the slide skill, usually implemented when sliding under barriers, but I wondered what would happen if I slid into a group of zombies. I wasn’t left disappointed as I double footed the pricks like a peak Roy Keane. Other moments like parkouring across zombies, kicking them in the dick into a trap, cutting heads clean off, just surviving a high fall and countless more all add to the hilarity.

Dying Light’s massive expansion, The Following, releases soon and when you can now pick up Dying Light for less than £20 on Amazon I really can’t think of a better reason to give it a go. Play with a group of pals and try and avoid the scary darkness and you’ll genuinely have a cracking time. It’s a bit late, but Dying Light is one of my favourite games of 2015.