UPDATE: HTC Vive will set you back $799, shipping in early April 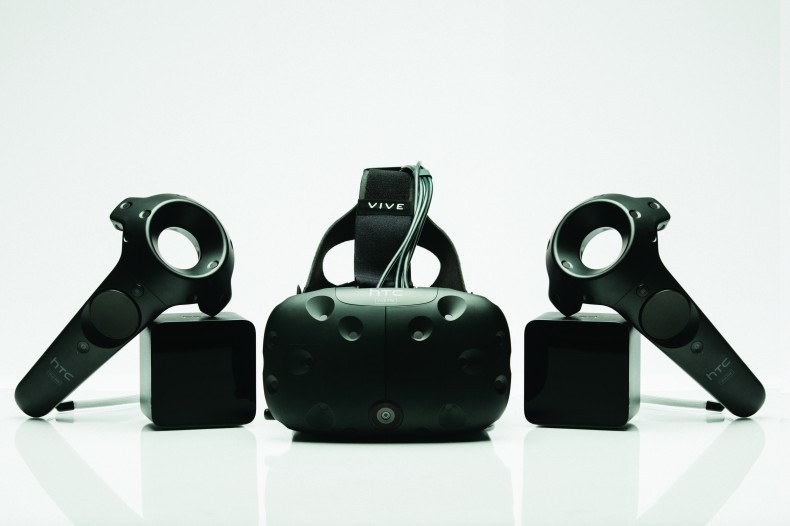 UPDATE (17:48 GMT): HTC have confirmed the price point of the Vive headset, following the leak by numerous outlets earlier this afternoon. Discussing the smartphone pairing technology, known as Vive Phone Services, the mobile giant noted that not only can users answer phone calls while wearing the headset, but will also be able to respond to text messages, send quick replies and check upcoming calendar invites which “creates a hybrid reality opening up a whole new world of possibilities for both consumers and businesses.”

Chairwoman and CEO of HTC, Cher Wang, said: “From the beginning, Vive has been at the forefront of virtual reality, with HTC pioneering several ground breaking technologies. Since announcing Vive this time last year, we have worked tirelessly with Valve to deliver the best VR experience on the market, winning multiple awards and receiving critical acclaim from media, consumers and the industry. With the Vive consumer edition we are now able to realise our ultimate vision; bringing Vive into homes around the globe so that people can experience immersive virtual reality in a way that fires the imagination and truly changes the world.”

ORIGINAL STORY: HTC has had the price point of their Vive virtual reality headset leaked ahead of its official announcement at the Mobile World Congress event in Barcelona. The HTC Vive will cost an eye-watering $799, which is $200 more than Oculus’ Rift headset.

The price was reported by UploadVR who say an unnamed publication broke the embargo on the news, prompting them to “independently confirm what’s already been made public”. HTC will ship two hand controllers and a pair of “Lighthouse” laser base stations to track movement in a room-scale environment alongside their headset.

The site also reported that the Vive will come with Bluetooth phone integration and internal microphone, allowing users to hook the headset up to their smartphone and answer calls. The Vive will come bundled with two games for a limited time: Job Simulator and Fantastic Contraption.

The HTC Vive will ship in early April.

Currently an English, Journalism and Creative Writing student at the University of Strathclyde. Based in Glasgow, I spend most of my free time playing video games ranging from Japanese visual novels to horror games. You can contact me at greg@godsiageek.com!
MORE LIKE THIS
headsethtchtc vivePrice