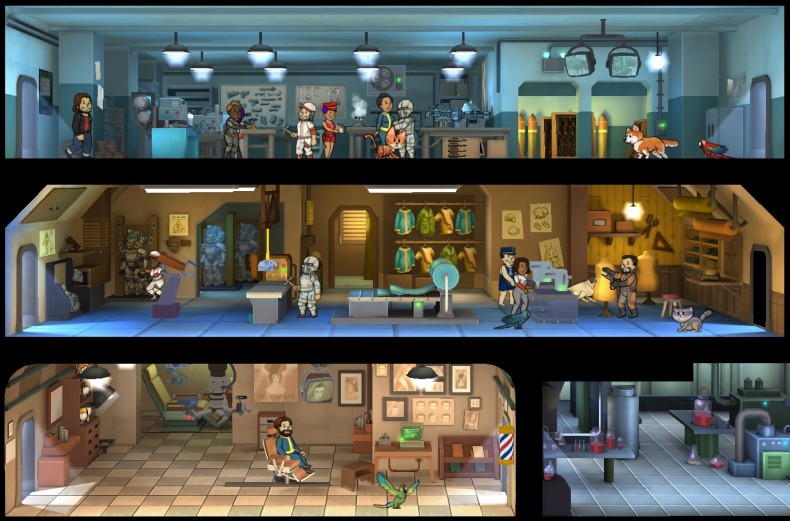 Bethesda have released an update to the timesink Fallout Shelter and are including the following new features.

You can now turn useless items into useful additions through the new crafting system and build new Weapons and Armour in the specialised crafting rooms. In addition, Lunchboxes now contain a bonus Junk Card which can be used in crafting.

Become the Overseer of fashion by building the new Barbershop and customize the look of any Dweller. New pets and pet bonuses have also been added, including parrots.

To finish the day off in style, you’ll see the sunset at night and sunrise in the morning, as time of day is now represented in the vault.

Fallout Shelter took up hours of many players time and these continual improvements and updates show Bethesda is committed to the mobile game.

Now just to find another three hours a day to play it..