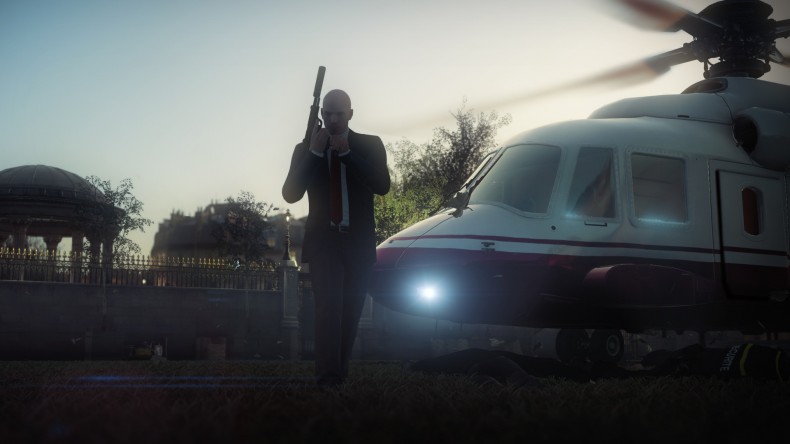 The older I get, the more I realise that I’m still just a big child. I mean, I can dress, feed and generally fend for myself, but I still enjoy being looked after – I guess we all do, on occasion. It’s nice to have a big brother or sister to show you how to use a hair bobble so your top knot looks lethal; it’s nice to have a parent that can collect you from the Garda station station after you’ve been found downtown, screaming obscenities at a wall, late on a Saturday night; it’s nice to have a significant other that’ll give you a cuddle and tell you everything’s going to be ok. But what happens when they’re not around? How do I turn on the washing machine? Do I want Coco Pops or Frosties for breakfast? Are those my feet?

On March 11th, the latest entry in Agent 47’s sixteen year story as a deadly assassin was released and it’s fucking great. Simply titled Hitman, this adventure in the follicly challenged one’s career is being released in monthly instalments, akin to something TellTale aim to do with a game on a  Robert Kirkman comic, or HBO TV show. I might look at that in the future, but today I want to look at something that struck me when playing as the barcoded butcher: the art of hand-holding. “It ain’t like it used to be,” “you kids have it so much easier these days,” “Jesus Christ, when do I actually get to play Skyward Sword, instead of being told how to play it?” are all statements that fit like a glove into the lexicon of certain sects of the video game playing public in 2016. The tutorial used to be trial and error rather than dialogue boxes and irritating voice overs telling you that pushing the left analog stick forward means your on-screen representation moves forward. However, people overlook the throwbacks in favour of pushing their argument that games are now too easy. One of these tougher experiences came in the form of a lovely, red-headed, little devil that appeared not too long ago.

After its reveal at E3 last year, people were chomping at the bit to play the beautiful puzzle-platformer, Unravel. Many were taken by the social awkwardness of Creative Director Martin Sahlin and the cutesy aesthetic of this gorgeous, little, woolly bastard’s world. At the beginning of Yarny’s tale, the basics are communicated: how to jump, move, throw wool to swing around on…etc. However, it doesn’t take long for the title to throw you into new, unexplained situations. Sure, Unravel creates some picturesque desktop wallpaper, but it’s the epitomé of trial-and-error – or, trial-trial-trial-trial-trial-trial-and-error. Unravel isn’t the only recent title to stick two fingers up to explanation; the idea of bucking the hand-holding of modern day video games and leaving the player to their own devices is becoming a trend in the past number of years. The Astronauts’ 2014 effort, The Vanishing of Ethan Carter, arrogantly states at the beginning of its detective narrative that, “this game is a narrative experience that does not hold your hand.” I enjoyed Ethan Carter, but a little direction every now and again would’ve went a long way. The terrifying admiration of the Souls series’, “encouragement of discovery” as these people put it, scares me off. There’s a way to do it without mollycoddling a player and I think Hitman strikes that right balance.

In the first, and only released level of Hitman 2016 so far, you’re given two targets to off and that’s about it. You’ll overhear conversations between NPCs that will be of use and direct you to areas of interest, but Hitman does let you walk down your own path to merciless murder. It strikes the right balance between nudging the player in a certain direction and allowing for them to stumble across thingsby themselves.

The series has gotten more helpful over the years and in some cases, too much so. The hardcore hitmen want to play their beloved video game with no hints or tips and, thankfully for them, they can turn them off if they so wish. Blood Money is heralded as the peak and Absolution, a valley. The hairless killer’s latest affair harkens back to Blood Money with its larger maps and multiple ways to inflict punishment, while also not alienating those that want to see through walls with the touch of a button, from time-to-time.

The idea that failure is the best way to learn sounds like something a really bitter uncle would tell you at a family wedding. More often than not, we don’t need to be led by the nose and told the D-pad is the one that looks like a cross, but this elitist attitude that games should inform you of nothing and punish you for that is ludicrous. We all need a helping hand at times and seriously, should I have Coco Pops or Frosties for breakfast this morning?

If you haven’t been keeping up with it on YouTube, watch every single Debatable right here and subscribe to our YouTube channel so you never miss an episode!