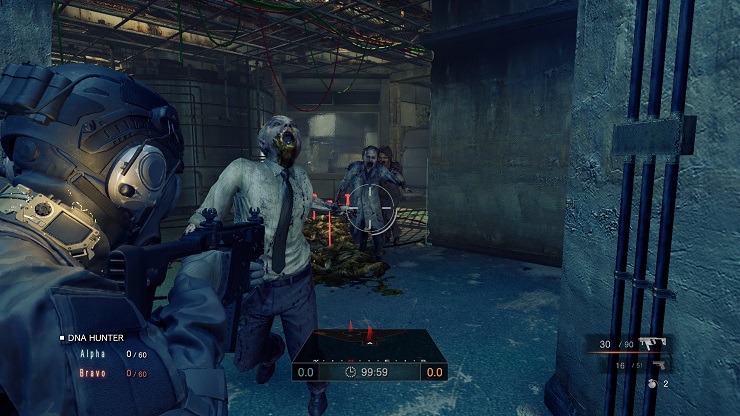 Capcom has revealed a brand new mode coming to Umbrella Corps called “Multi-Mission”. The mode supports up to 6 players and will have you face off in teams, with the first to win 3 out of 5 matches being crowded the victor.

As suggested, the mode will cycle through 8 different rulesets featuring variables and challenges different from the last. It promises to keep things varied for all competitors and  will allow “the same team members to consecutively enjoy different gameplay experiences in a seamless way.” An overview of the different rulesets can be found below:

In January, we were given some details about what to expect from the game and what environments and enemies you may be likely to encounter. The game will be released digitally for PlayStation 4 and PC in May 2016.

Video games are cool. Don't let anybody tell you any different.
MORE LIKE THIS
CapcomPCPlayStation 4umbrella corps