Sony kicks off their E3 conference with God of War announcement 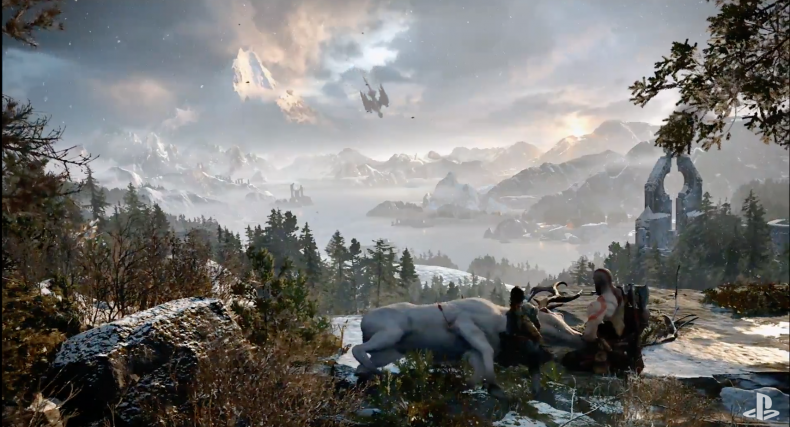 Kratos is back apparently — Sony have just announced God of War as the introductory announcement of their E3 2016 press conference.

Kratos returns with his young son, and a gameplay demo showed them venturing off into the woods on the hunt for deer. The young boy is initiated, killing the deer upon capturing it as Kratos tells him he is now ready for “the new beginning”. Of course, nothing goes quite to plan and the pair are sucked into a violent encounter with demonic enemies. Not quite clear if this is a reboot, as the title is simply God of War, or whether it is yet untitled.

See the trailer below.

Currently an English, Journalism and Creative Writing student at the University of Strathclyde. Based in Glasgow, I spend most of my free time playing video games ranging from Japanese visual novels to horror games. You can contact me at greg@godsiageek.com!
MORE LIKE THIS
E3e3 2016God of Warplaystation