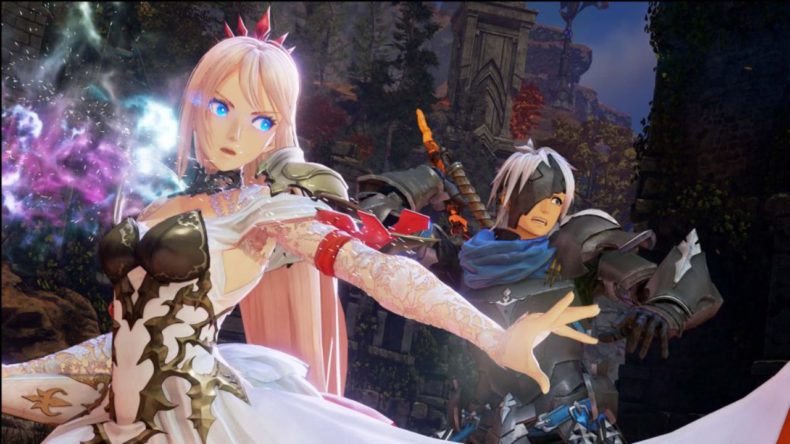 Bandai Namco has released a new gameplay trailer for Tales of Arise ahead of their E3 presentation, featuring new environments, attacks, and Artes. The trailer showcases new regionsElde Menancia, Dahna, and its capital of Viscint. In Viscint, players will meet Kisara and Dohalim. These new characters join Alphen, Shionned, Rinwell, and Law on their quest to free Dahna from Renan oppression.

Kisara is a powerful Dahnan soldier who is highly regarded by Renan soldiers, even when using their equipment. Her hammer and shield deal strong damage in close combat. Her shield can also protect friends while unleashing high-powered and wide-ranging defensive techniques. Dohalim is a noble from Rena with different feelings toward Dohnan’s compared to other Renans. He is well-mannered with a particular sensibility towards art like music, poetry, or antiques. His weapon of choice is a rod that uses astral artes, allowing him to adapt to his opponents.

The new trailer also highlights amazing attacks and artes. For example, Tales of staples allows players to initiate and create devastating combos. Boost Strikes are a new attack that can be performed by two characters with the intent of giving a final devastating blow to enemies.

Tales of Arise will be available on September 10, 2021 for PlayStation 4, PlayStation 5, Xbox One, Xbox Series X|S and PC.