previous
Report: Inside coming to PS4 this month, trophies leaked online
random
next
Recipe for a game: We chat to Ghost Town Games about Overcooked
0 comments 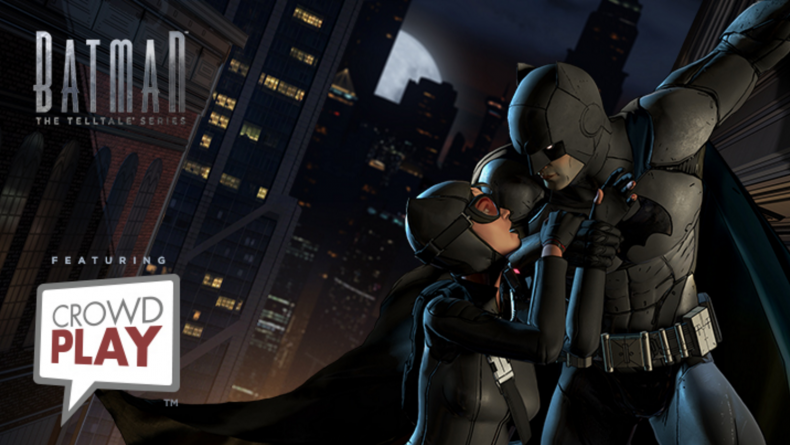 Telltale Games have clarified a few details surrounding the introduction of their Crowd Play feature which is set to be implemented in their upcoming Batman series, as well as all future titles.

Originally, the publisher said that up to 2,000 people could participate in a single game — this has since been reworded to “Crowd Play is a designed for 4-12 players.” While technically 2,000 people could play, Telltale understands that it is highly unlikely you’ll be able to fit so many people in one living room, saying:

“Technically, it can support thousands of players, but they still need to be watching the same screen at the same time. This is mind blowing in a theater full of fans, but we don’t expect you can fit 2000 of your closest friends in your living room so we’ve designed everything for smaller groups. For now, leave the larger groups to us, and stay tuned for more details on special events for Crowd Plays of larger sizes!”

Telltale has also made clear that Crowd Play will also only be supported on the Xbox One, PS4, Xbox 360, PS3 and PC/Mac versions of their games — for now, iOS and Android versions will not support the feature. Twitch streaming using Crowd Play was virtually ruled out too, with Telltale blaming latency but saying they are working with services to improve this:

“Crowd Play is not a feature intended for use over streaming services. There is latency introduced by services such as Twitch. This means that everyone isn’t seeing that game at the exact same time, which means that everyone doesn’t see the choices at the same time. So, the group can’t make a choice together at the same time. We are working closely with all the streaming services to address this problem, but it certainly won’t be ideal for streaming out of the box. For now, everyone needs to be in the same room, watching the same screen.”

The first episode of Batman: A Telltale Series launches August 2.

Currently an English, Journalism and Creative Writing student at the University of Strathclyde. Based in Glasgow, I spend most of my free time playing video games ranging from Japanese visual novels to horror games. You can contact me at greg@godsiageek.com!
MORE LIKE THIS
BatmanTelltale Games