Try Plants Vs. Zombies Garden Warfare 2 for free this Summer and get 50% off 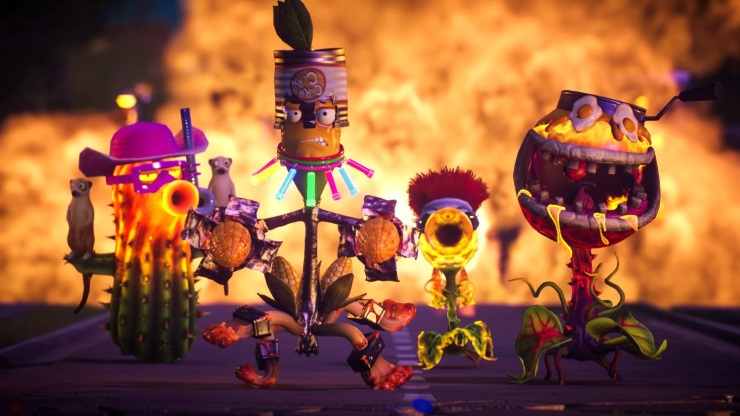 August 2, 2016 – If you haven’t joined the craziest battle in the universe, now’s your chance! Starting today, Plants vs. Zombies™ Garden Warfare 2 is free* for all players to download and play the full game for up to ten hilarious hours on Xbox One and PlayStation®4! consoles. Players can then purchase the full game on sale at 50% discount for both platforms and keep all of their progress, unlocks, and achievements. Starting August 16, Plants vs. Zombies Garden Warfare 2 will also be available for a ten-hour free trial and 50% off to purchase on Origin™ for PC.

To start playing for free* or purchase the game at half price now, visit the Xbox Marketplace and PlayStation Store.

Plants vs. Zombies Garden Warfare 2 drops you into an all-out battle where, for the first time in franchise history, zombies have conquered Suburbia and plants are on the attack. Experience new ways to play, including the all-new Backyard Battleground – a massive, interactive environment that connects you to every map and mode in the game. Over 110 playable characters with outrageous powers and abilities, 14 all-new maps bursting with personality and humour, and eight crazy game modes make Plants vs. Zombies Garden Warfare 2 the biggest, baddest, craziest battle in the universe.

Players joining the battle for Zomburbia for the first time can visit the Plants vs. Zombies Garden Warfare 2 website to learn Tips & Tricks to get started in the game.