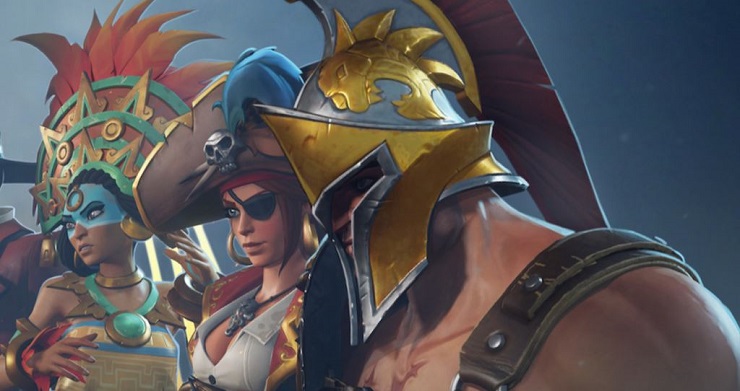 Amazon are making the jump from online shopping to games publisher and have unveiled their first three titles under the Amazon Game Studios brand.

First up is Breakaway which looks like Handball mixed with Overwatch if the characters are anything to go by. Where you’ll need to utilise the special abilities of the oddball lineup of characters to dominate your opponents and score.

Up next is New World which will be a sandbox style massively multiplayer game in a world that changes with the seasons and even has weather and night and day cycles. You’ll be able to work together to rebuild living areas, or strike out on your own to change the world.

Finally there is Crucible. Twelve players are dropped onto a hostile world and need to work together to survive. But, the last surviving player wins, so you’ll always be second guessing as to who could potentially betray you in order to claim victory. In an additional twist a thirteenth player will be able to oversee the unfolding events and trigger things to happen that could either help or hinder the participants.

They all sound interesting, so we’ll have to wait and see how Amazon’s foray into the world of videogame publishing turns out.

A lover, not a fighter and an all round good guy (he would say that, he wrote this after all), he's happy to be here as part of GIAG.
MORE LIKE THIS
AmazonAmazon Game StudiosCrucibleNew World